I pulled together some of the best cultivators in California for The Transbay Challenge III: San Francisco, and the heat on display was as competitive as ever.

The Transbay Challenge is essentially a celebration of the weed of the moment. The formula is, you take some world-class cultivators or hash manufacturers, add in some new deserving faces, and see who has the best weed on the day. The recipe proved just right in SF last week for the roughly 700 people that joined me to check out the heat. While only three things would find their way to the podium, the judges agreed there was a ton of heat on display. The lineup of judges included journalist and author Ellen Holland, Emerald Cup Competition Committee member Joey Sullivan and, the original Transbay Challenge winner from 2019, Ben Brown of IC Collective. Brown recently served as the chief flower judge for The Ego Clash last December. The task of picking a winner was a difficult one. Across the spread of just over a dozen entries, you could find every terpene profile you were looking for, in addition to some fun new ones. In the end, Sense’s phenotype of Compound Genetics’ Pink Certz would wow the most judges with its pairing of The Menthol and Grape Gas. The nose was sweet at first glance but got a bit more tart as you crunched into it. The Pigeon Pot Pit was nothing to sleep on though. The pairing of Sunset Sherbert and Hippy Crasher not only was one of the hardest hitters of the pack, but also among the most visually stunning along with the Slapz offering from Haymaker. The Pigeon Pot Pie had an exceptionally San Francisco look and flavor. It received the most votes across all of the judges, it just wasn’t enough to conquer the number of first-place votes Pink Certz received from the judges.

Closing out the podium was Heisenberg’s Z-Cube. The timeless hitter has been the backbone of a few companies that changed the name over the years, but those wild Z terps from 3rd Gen Family’s Dying Breed Seeds are timeless as ever. Now, nearly a decade since the Z wave first traveled south from the hills of Mendocino, it still holds up as one of the most exquisite terpene profiles an extractor can get their hands on to make hash. 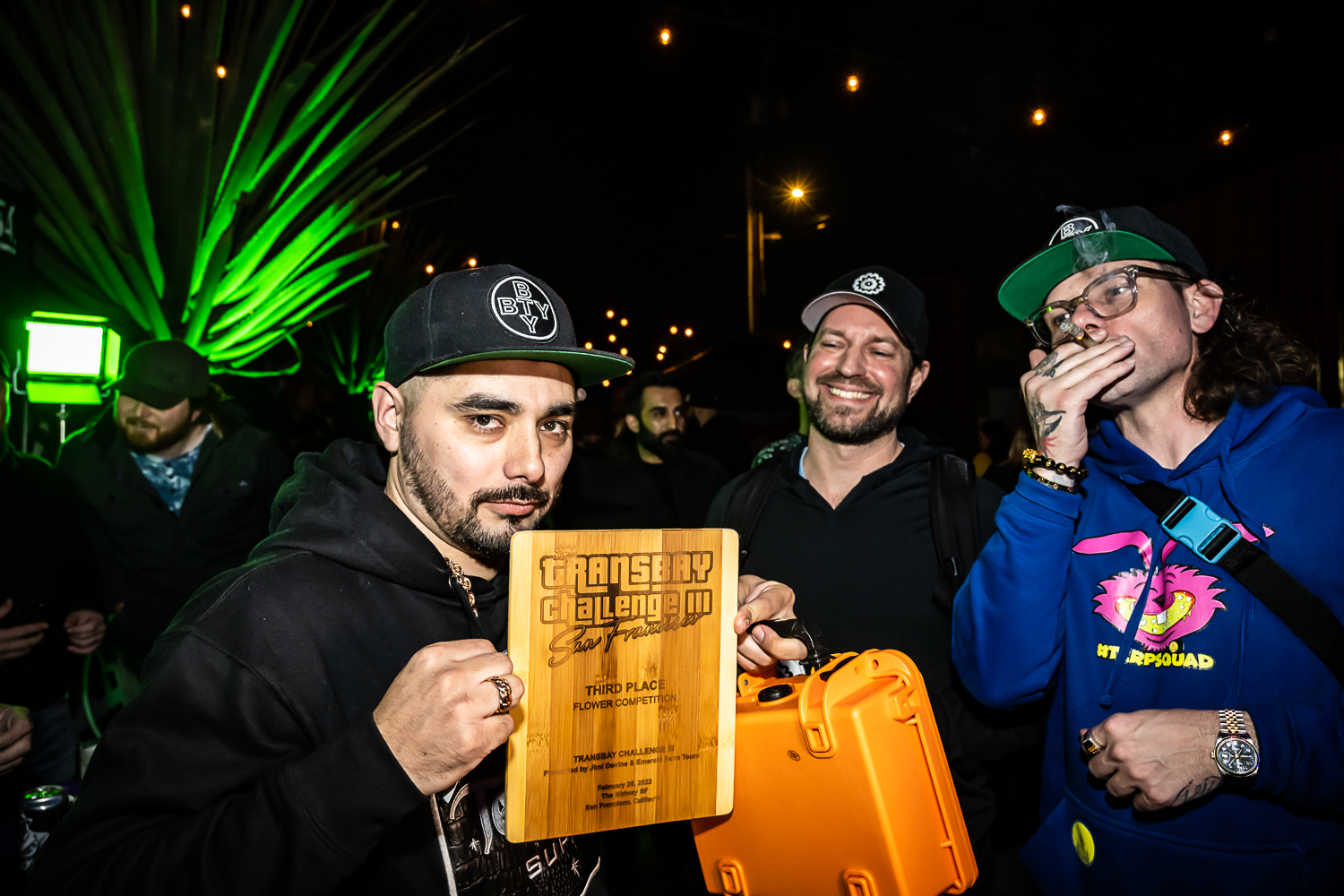 There also was a ton of heat worthy of recognition that didn’t make the podium, too.

The Gas pedal from Good Greens featured wild notes of pine, chem, and some kind of mystery Kool-Aid. It hit like a champion, too, with the flavor smoking all the way before the blunt started to taste like hash from how resinous the flower inside was.

Fuego Family Farms’ Glitter Box also secured a number of votes from the judges. While it lives up to its name visually, the carousel of garlicky dessert weed with some vintage OG notes is where it really shines, no matter how gun it is to look at.

The team at Compound Genetics entered some lovely eye candy, but I think the best thing I saw from this weekend was a new batch of Pave that was the heaviest on the nail polish remover terps of any version of it I have ever seen.

Here at L.A. Weekly, we’ll be hosting next month our first official flower contest in nearly three years. The Coachella Desert Smoke-off 2019 featured a ton of the industry’s top dogs competing for the prize. Connected took home top honors with Gelonade. It was the first time Gelonade won anything, and it would eventually go on to win the first-ever indoor installment of The Emerald Cup. Hit me up if you want to get in the mix. JDevine@laweekly.com.