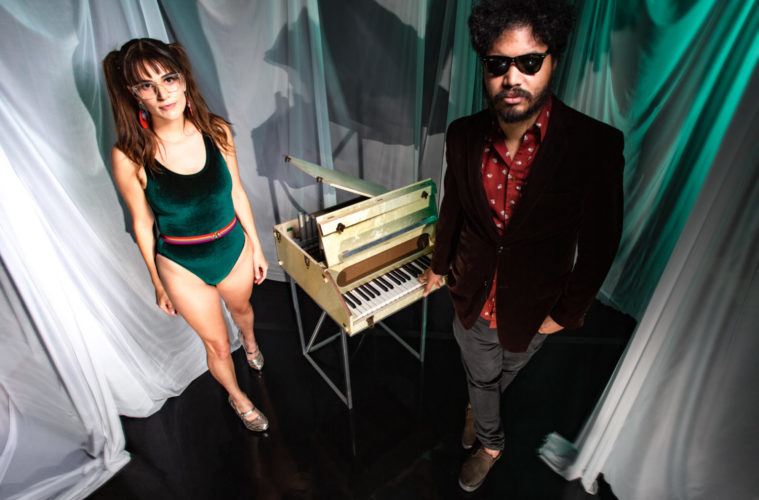 Purple Witch of Culver Get P-Funky

Sarah Safaie: Parliament Funkadelic‘s Free Your Mind… and Your Ass Will Follow will forever ring true in this uptight world. They blew my mind as a 14 year old. I’ll never forget the first time I saw them play — it was May 2006 at the House of Blues in Anaheim. I was a freshman tagging along with the cool older kids on a night out; it was a high school symphonic band trip to Disneyland.

It was the freest show I’d ever seen — a total homage to bodily expression and freedom. The roof was torn off; it seemed to defy every constriction or norm. And I was dancing in the pocket for the first time in my life.

As a saxophone playing girl growing up in the early 2000’s I definitely felt like I was inherently weird, but never knew how to express it. When I saw P-Funk going all out I knew I was like them — not from this planet.

George Clinton was wild as ever. Garry Shider was wearing his classic diaper. Sir Nose was gyrating in the most irritating way. It was the perfect metaphor for life.

Finally I had permission to go to outer space. I started to realize I too could be free in my existence and be what I want, despite all the insincere jerks, sir noses and societal expectations around me.

I got super meta; it was one of the first transcendent moments of my life. I mostly remember a sense of total freedom and power. Their energy and ethos totally lit me up. “Shit Goddamn Get Off Your Ass and Jam” became a mantra and I was part of the collective hive, grooving without considering how or why.

After that show I found every P-Funk record I could get my hands on (most notably Funkentelechy vs. The Placebo Syndrome). I started wearing colorful skirts I found secondhand, essentially cultivating an identity by ignoring all stock identities typically prescribed to a high school student. My classmates literally started calling me “funkychild.” As the weird half Persian girl I no longer had to worry what people thought of my nose. Cuz I was funky.

This first wave awakening was thanks to the funk but most of all the P-Funk crew and their brilliant message. The funk is the truth and f$%^ all the sterile, clinical monochromatic BS that makes us forget who we really are.

Years after that show I met Evan Taylor when I moved to L.A. I knew he was funky but didn’t know to what extent at first — turns out he was the late production partner, drummer, and musical director for none other than the “Wizard of Woo” keyboard/synth extraordinaire of Parliament Funkadelic, Bernie Worrell. RIP.

I realized my life was somehow coming full circle; finally I met someone who really got the funk. Our collaboration, which started as a single-take-to-tape situation has continued and escalated with that same spirit of experimentation. We like to play free and aim to capture a sense of the ineffable, bringing it down to Earth.

Capturing the sound and energy at the source is our thing. We do not subscribe to any boxed notion of how things “should be” and we hope it comes across in what we do. We want everyone to feel that excitement and freedom we’ve been chasing our whole lives.