As Wonderbrett preps to drop its latest collab with B-Real, we chatted with co-founder Brett Feldman about the effort to bring Pineapple OZK to life.

This new strain with B-Real is a follow-up to their pheno of the 3rd Gen Family OZK that has made waves in recent years across the state as Wonderbrett continued to expand its footprint in California.

“We were working on the project for over two years,” Feldman told L.A. Weekly. “We’ve been pheno hunting the strain for about a year now. The first original cross of it was the OZK male into the Pineapple. And, you know, we were just trying to take something with that OZK and add that sweet Zkittelz aspect to the Pineapple that we have which is that gassy OG and pineapple.”

Feldman explained how the first generation of the collaboration came about. A friend who was partying with 3rd Gen Fam was able to score two packs of OZK from them. He sat on them for a year and when Feldman mentioned he wished he had got some, that friend was reminded of the two packs. The OZK winning pheno comes from a single pack similar to other companies who have been less public about using 3rd Gen Family genetics.

When Feldman popped those seeds, it was so heat he was reminded of the OG Kush he gave B-Real to grow back in the 90s.

“He started to grow it and he rapped about it, and he really put the strain on the map of Kush, so with something like OZK, when we found that in the seeds, and we found that pheno, it was like the first person who came to my mind. This is such an amazing strain. It has to go to B-Real.”

With the wild success of the original OZK set in stone, a couple of years ago they decided to pull the trigger on the next generation of their work together. The ultimate goal was to cross the OZK against Wonderbrett’s best heat. 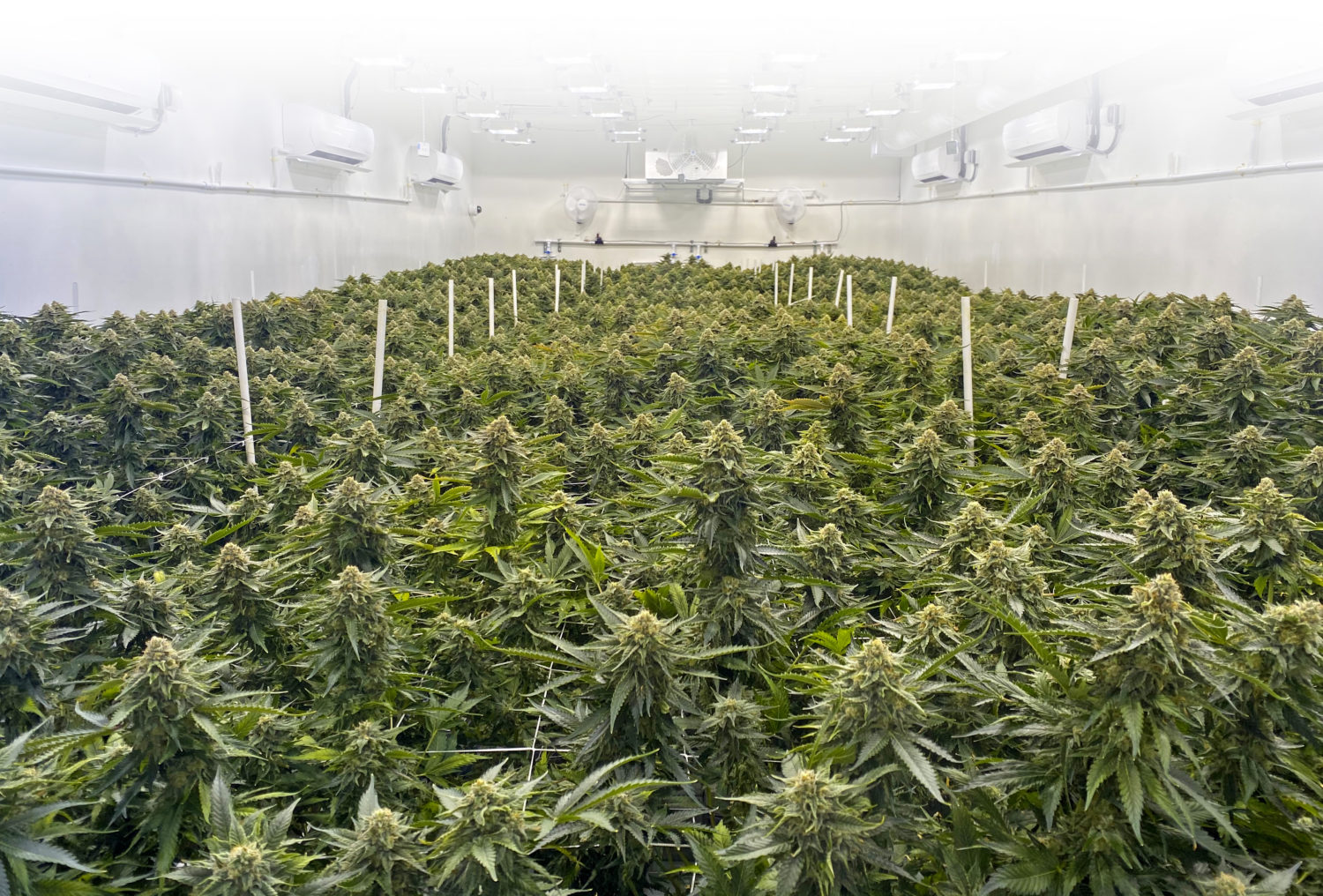 We asked Feldman where the pineapple phenotype he selected to breed with originated. It proved to be a fun tale of a young man attempting to make a Purple OG Kush. The Pineapple OG is one of the very first strains that Feldman created in his backyard in the early 2000s.

“It was Sour Grapes. I went to college in Humboldt at HSU and a friend of mine had the Sour Grapes. He had a jar of seeds as he was growing this Grape pheno that was pretty good,” Feldman said. He was given some of the seeds and found a strong male to work with. “When I crossed the male into the OG, it didn’t come out as a Grape OG, it came out of this like really gassy pineapple. It’s just like the gassy OG really kind of takes over the pineapple but the pineapple is still there. It’s not grapey, it’s just gassy Pineapple OG.”

Did the success of the OZK make it feel like there was more pressure on the process to follow it up?

“Absolutely. And that’s the toughest part about this, you know? It’s like, we don’t rush anything out there and we don’t jump on other people’s bandwagon and go, ‘This is the hot genetic, we’ll grow that now too,’” Feldman said. “We kind of stay in our lane, and we do our thing, and it takes time. And definitely the pressure is there to be like, ‘Okay, this has to be at least as good as the last one if not better.’ So it’s always hard to really keep adding to the menu, and it just takes time to do the pheno hunting. That’s where the hard work comes in. It’s taking the time and having the patience to go, ‘Okay, this is what we’re going to be really proud of to put out’ versus, ‘This’ll pass, everybody will be cool.’”

Feldman doesn’t believe shortcuts lead to longevity in the space.

We asked Feldman how they’ve managed to maintain quality while scaling up. Particularly when it seems like all the heat comes out of facilities with less than a few hundred lights, compared to mega-mids grows out in the desert. How did he find the balance when it’s been so hit or miss for others?

“I mean, you hit it on the head man. It’s a real struggle to maintain that heavy quality that I want in the jar for the masses, and to maintain it that way,” Feldman replied. “I see why other brands just resort back to growing Wedding Cake or Gorilla Glue or Blue Dream. Because it’s easy, and they can just put something in a jar and put it on their sales guys to try and force it to sell it or, or to put a price on it so cheap they will sell.”

Feldman said those kinds of excuses, the ones that lead to a lack of heat, have never been a part of his or the company’s DNA. Whether it was before Prop. 215, during the medical era, or now.

He went on to list a full lineup of everything Wonderbrett is working on at the moment on top of just growing great pot, “but everything we touch, you should expect a certain level of quality from our brand,” he said. “It should not be disappointing for the price. It should not be disappointing in the experience. There’s a level we’re trying to set the bar, that this is the minimum standard of what you should expect from Wonderbrett.”

We tried to get Feldman to touch on why other companies might not be as open about speaking on their genetics from the top of the food chain’s mouth, but he didn’t take the bait.

“We’re trying to bring authenticity and transparency,” he replied. “And we feel that we can stand behind what we do.”

He said all he has to do to show the effort they’re putting into these projects is go back seven years on Instagram. But in the process of giving credit where credit is due, he doesn’t want the work done in-house forgotten.

“We don’t want to just let somebody just hijack that narrative and that story and then run off with all these myths and fairy tales about who made Picasso, or who made the Pineapple or any of our strains. It really is this terrible feeling that the breeders put so much time into something to create it and to deliver this special thing,” Feldman said. “They create something really good and they give it away to the wrong people. And it’s sad, you know? You’re like, these guys didn’t get the credit that was due to them.”

Feldman closed by giving shoutouts to the Dr. Greenthumbs and Wonderbrett teams. “All the heroes on our team that don’t get the shine in the background putting in lots of work every day.”

You can get your hands on Pineapple OZK on April 2nd at Dr. Greenthumb’s downtown location. The following day it will be available at the Slymar location.