More Than a Walkthrough: Galleries Get Creative in Their Digital and Analog Adaptations

With all the places you get your art-viewing closed for the time being, what’s an aficionado to do? If you’re looking for multisensory, dynamic visual art to enjoy in socially distant conditions, here are a few galleries, artists and institutions that are each doing something special — in both the digital and analog realms.

Firstly, kudos to all the venues who realized that the world, and their own program and archive, already contains a universe of historical and contemporary video art. A growing number of galleries and museums have culled their holdings and networks for curated film and video-based hubs. For example, a few weeks ago we told you about another year in LA, an internet-only gallery who still has both its glorious summer and winter avant-garde film festivals archived on the site. Roberts Projects tapped Aaron Rose to curate a Festival of Rare and Hard to See Films; and in lieu devised a video screening room showcasing video art by their gallery stable.

Similarly, the UK’s Whitechapel Gallery launched an online resource called Artists Film International, which delivers original works of video art as well as short documentaries. And the Chicago-based Video Data Bank has been here for you since 1976, and now houses the work of more than 600 artists and 6,000 video art titles, much of which is available online. Paris’ Galerie Perrotin launched an ongoing series called Screenings, where new and modern fine art video works are added every Friday, and the archive is up to about 20 impressive titles so far, including works by Elmgreen & Dragset, JR, Sophie Calle, Xavier Veilhan and Ivan Argote.

Some galleries are going with less of an archive and more of a must-see internet-TV energy. For example, Vielmetter Los Angeles has organized a limited-run stream of gallery artist Stanya Kahn’s epic new film-based work, No Go Backs. A piece rendered in 16mm whose recent premier at the Wexner Center is inaccessible, Vielmetter and the Wex have teamed up to offer it online for one week only. It will be streaming on the gallery’s website from May 8-May 15, and a live Zoom with Wexner Associate Curator of Exhibitions Lucy I. Zimmerman and curator of the film/video studio Jennifer Lange, happens on Wednesday, May 13 at 4 p.m. Pacific. Many  people and venues have produced new creative content, and the most watchable go beyond the walkthrough or lecture format. New media artist Peter Wu “had some time on his hands,” and decided to launch a tech-forward, most definitely experimental internet project he’s calling EPOCH Gallery. He’s showing works by artists who are already deeply engaged in digitalia, including his own new works from the Prometheus and the Fly (2020) — synthetic paintings created by adding a complete history of his own paintings and drawings and one image of a household fly into an AI machine. As a promotion, Wu hid three “Easter eggs” and gave away a work to the first person who cracked them. 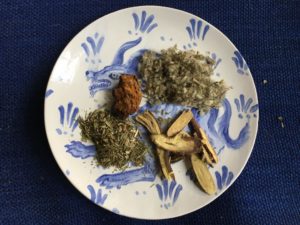 The Cultivation Syllabus series from Ghebaly Gallery is a sort of magazine-style assortment of short artist-made instructional videos created for the project by the gallery’s artists, with three or four new pieces added for each week’s “coursework” which could be anything from ceremonial tinctures to more hearty construction advice and more esoteric spirit-hacking. Indie Highland Park gallery LAST Projects opened a solo show by Liz Walsh right before everything went to hell, called Dreams of Supermoon. So instead of gallery hours, LAST is hosting Walsh in a weekly broadcast 9-11 p.m. on Saturdays through the show run until May 16. The programs, which are based on the artist’s YouTube channel, are a surrealist’s paradise of non-sequitur segments ranging from garage goth to DIY bread-hats, psychedelic shimmy, poetics, bong-cleaning tips and lord knows what else. They have a public-access-on-mescaline aesthetic that is somehow perfect for these absurd, fractured times. But lest we forget our old friends in the real world, some analog responses have been just as creative. The multi-city Tiger Strikes Asteroid artists collective has begun releasing new PDF shows every two weeks — printable-at-home “catalogs” for your actual hands to touch, if you like. Art Angels for their part is going both high and low-fi, as the simultaneously offer painter PUNKMETENDER’s newest exhibition of explosive chromatic works A Battle Won in a sharp VR view — and at the same time, they’ve installed The Boombox Series 2020 by Lyle Owerko on their exterior at 9020 Robertson Blvd. The Lodge gallery’s brilliant installation Anteroom, is a fully furnished salon-style exhibition installation environment featuring art, furniture, objects, rare books and more — except instead of being able to walk in, it’s set up like a diorama in a street level vitrine optimized to be viewed from outside (1024 Western Ave). SOLA Contemporary and SOVO// Magazine have collaborated on a storefront window drive-by gallery project launching soon (3718 W. Slauson). 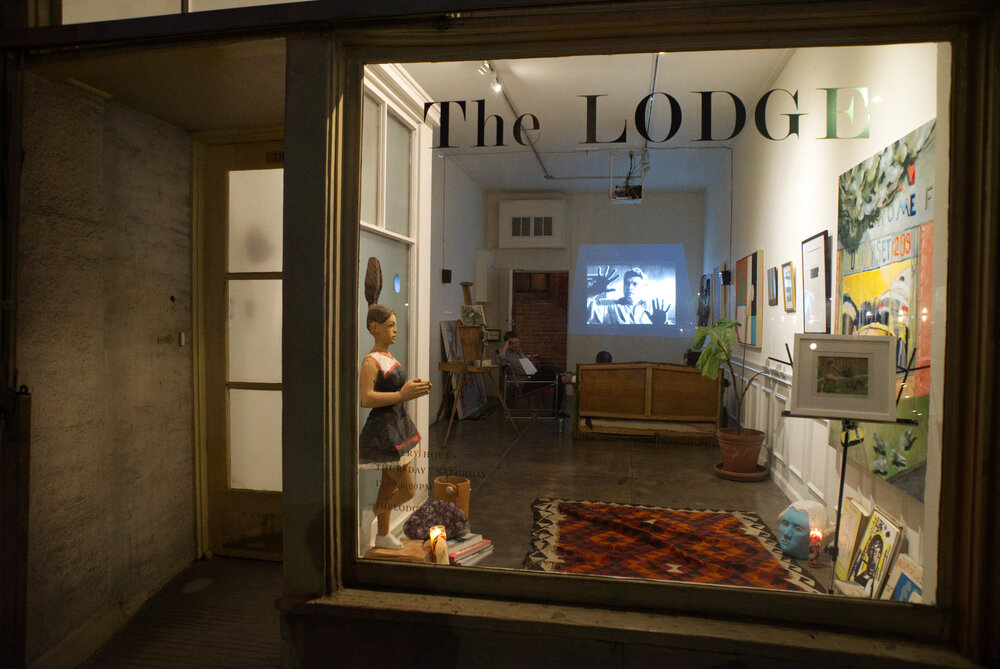 Anteroom at The Lodge

And in what is perhaps the most ambitious and certainly the most adventurous, Durden & Ray’s We Are Here/Here We Are  is a Google Maps-based self-guided tour of outdoor/street view site-specific sculptures opening at about 100 locations across the county on May 16, like a scavenger hunt you can accomplish from your car. No word on what you might win for catching them all and remember, pictures or it didn’t happen.