Rurru Mipanochia, Vivi Tlazolteótl, 2018 (detail), in Ser todo Es ser parte/To Be Whole Is To Be Part (Courtesy of the artist and LACE)

Hollywood Boulevard has been an epicenter in the demonstrations following George Floyd’s murder, with peaceful Black Lives Matter protests, the All Black Lives Matter solidarity march for Pride month and a colorful new monumental street mural capturing the world’s attention over just the past two weekends. Among the many doorways already shuttered by the pandemic along this route is LACE (Los Angeles Contemporary Exhibitions), an outpost of progressive arts, culture and community operating for more than 40 years and which frequently activates their stretch of the Walk of Fame pavement as part of their programming, albeit on a more intimate scale.

It was just about a year ago that LACE hosted the incandescent performance artist and activist Patrisse Cullors in a performance work dedicated to the late Nipsey Hussle, during part of which she activated the Walk of Fame. And last September they hosted Freewaves’ performance festival LOVE &/OR FEAR: A Celebration of Genders, outside and all along their stretch of the block. Knots, a performance by Patrisse Cullors (Photo courtesy of LACE)

With the resonance of so much historical and present-day activity and the confluent advocacy of health and justice issues close to the LACE team’s heart, as well as their impending temporary move next year as part of a district redevelopment plan, the launch of their new Spanish language initiative Se habla español and the recent announcement of their 2021 Emerging Curators grant, it seemed like a salient time to check in. And in speaking with LACE executive director Sarah Russin and Emerging Curators awardees Alex Jones and Kevin Bernard Moultrie Daye, it’s clear that both LACE’s history and its future are more vital than ever.

LACE plans to re-open to the public with its October exhibitions, rescheduled from summer, Ser todo Es ser parte / To Be Whole Is To Be Part featuring artists from L.A. and Mexico, and Borders of Freedom/Contornos de Libertad, presenting video art from El Salvador. They’ll be by appointment only, with no opening party, and of course they’ll be augmenting the show with enhanced virtual programs.

They’re planning Intergalactix: against isolation/contra el aislamiento in January, curated by Daniela Lieja Quintanar and examining violence and resistance at the border, then in spring the newly announced Emerging Curators will open — and its creative two-person team has already been incorporating the morphing context of current events into its ambitious and organic conceptual framework. “This is what art people do,” says Russin. “We’re resourceful, we figure it out.”

The team of L.A.-based Alex Jones, a curatorial graduate intern at the Getty Research Institute, and Bay Area-based Kevin Bernard Moultrie Daye, an architect and designer, will present PARABLE 003, an exhibition that aims to describe nothing short of an entirely new and increasingly achievable future. Inspired by themes from Octavia Butler’s iconic Parable of the Sower trilogy, their project expresses black liberation, “not as a struggle, but as a place.” And in PARABLE 003, they plan to show, in some ways quite literally, what that place looks like, and how the very act of placemaking itself can be a revolution.

Jones and Daye’s winning proposal was conceived late last year — thus pre-COVID and way prior to the Floyd protests — but they are very aware of how these events were, unfortunately, anticipated within the framework of their idea, and indeed reaffirm its necessity. PARABLE 003’s central question is, “What does life look like after the revolution?” The objects, designs, films, stories, pieces of music, performances, experiences and more that it will contain will have been created according to a prompt to imagine the answer. “Parable of the Sower was written in the ’90s and takes place in 2024; it was always the present. We resist the concept of timeliness,” they say. “It’s always been time.” 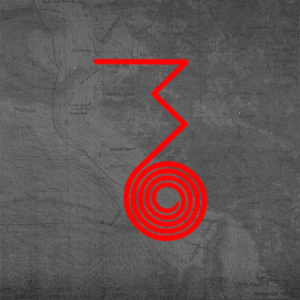 Reaching out to an eclectic slate of artists, makers, and creatives across an array of disciplines, Jones and Daye are asking them, and us, to envision the contours of a new world, with free license to generate this reborn civilization’s useful and ritual spaces, objects and folklore — its future artifacts in a constellation of cultural assets. The project’s main graphic is an homage to W.E.B. Du Bois’ 1890’s data visualizations concerning patterns of black community migration between urban and rural areas — a striking project that used artistry to expand sociological understanding. Conceptually defined and materially grounded, PARABLE 003 envisions an entire functioning world, not just a show of objects.

“No world is just one person,” they aver, and this one is assertively communal, representing an alignment of individual radical visions and people working together. Daye especially appreciates the blueprint as a metaphorical framework for the platform, being both a specifically pragmatic and conceptually aspirational exercise, symbolic as well as actionable.

This vision is tethered to California’s history as a hub of radical thought and communal generative ideation, but at the same time, Daye and Jones imagine the expansion, transposition, and localization of this project on a truly global scale, positing world-building as an artistic practice. “There’s a whole big black world out there,” the curators say. And next spring all are welcome to experience it together.