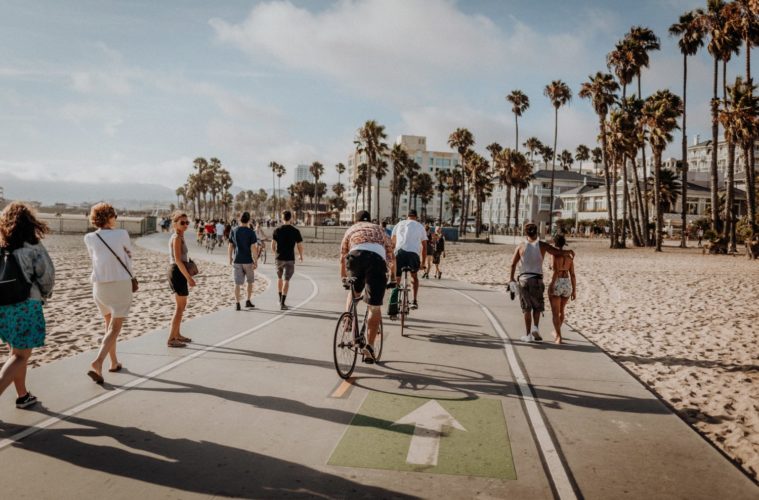 L.A. County To Loosen Business Restrictions As It Moves Into ‘Orange Tier’

L.A. County will loosen business restrictions starting April 5, as it moves down from the ‘red tier,’ to the less restrictive ‘orange tier’ of California’s Blueprint for a Safer Economy.

In the orange tier, restaurants, movie theaters, museums, zoos and places of worship will be allowed to operate at 50% of their max capacity. While Public Health did not update its guidance for stadiums and theme parks, being in the orange tier would qualify stadiums and outdoor entertainment venues to increase their capacity limit from 20% to 33%.

Dodger Stadium, which will begin its Dodger season on April 9, would be allowed to seat nearly 20,000 fans instead of 11,000 when under the red tier.

Theme parks in L.A. County, such as Six Flags Magic Mountain and Universal Studios would also be eligible to increase its occupancy from 15% to 25% of its max capacity.

The 25% max capacity would also apply to gyms wineries and bowling alleys.

L.A. bars that do not serve food would also reopen outdoors for the first time since the state implemented the Blueprint for a Safer Economy guidelines. Indoor seating will not be allowed and bars will be expected to close by 10 p.m.

In order to move down to the yellow tier, L.A. County will need to average less than 1 positive case per 100,000 residents, or about 100 daily positive cases. Even if the county does meet these metrics, it must remain in the orange tier for at least three weeks before moving down.