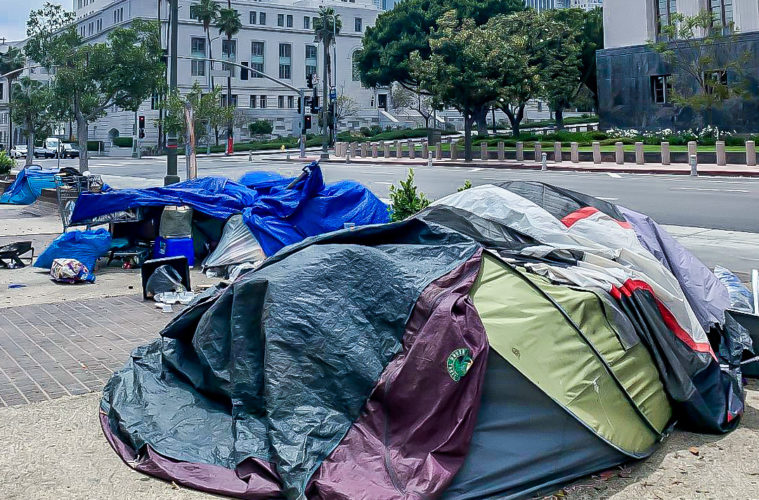 In a 13-2 vote, the L.A. City Council approved an ordinance that would  ban encampments near schools, parks, bridges, overpasses and homeless shelters.

Part of the order states it would ban any person from sleeping, sitting, lying, placing or storing personal property in the “public right-of-way,” or block sidewalks in a way that would interfere with the Americans Disability Act.

“Despite powerful testimony from unhoused activists and an outpouring of support outside City Hall, 13 out of 15 city councilmembers let us down,” advocate for the unhoused, Kenneth Mejia said Wednesday. “They chose to disregard the trauma and suffering that criminalization will bear on the most vulnerable.”

Mayor Eric Garcetti now has 10 days to respond and or sign the order.