Few things generated as much excitement in cannabis during the pandemic as Greenwolf’s Zalympix, the second and inaugural winter edition is looking to keep the ball rolling.

Throwing a pot contest and not looking like a buster can be tricky. A handful of folks have pulled it off over the years. Names like the High Times OGs that got the Cannabis Cup going in the first place, the Blakes with the Emerald Cup, Chalice, and the Legends of Hashish event that saw its inaugural edition on U.S. soil last week come to mind as great representations. It’s fair to say that Zalympix carved a spot for Greenwolf on that list.

The results were awesome. The weed was great. As the world was slowly creeping back open, it gave the sesh-starved L.A. pot scene something to be excited about. While the cannabis world is popping again and probably 70% of the way to full steam compared to the first Zalympix, people are still plenty excited that round two has commenced.

The latest edition features 14 new faces competing for Zalympix glory with the ultimate goal of joining Zushi as the only two winners so far. Zushi beat out very reputable efforts from the likes of Alien Labs’ Biskante, DEO Farms’ Zoap, and other killers on their way to taking home the first prize.

In addition to a completely new lineup of contestants, one of the things we noticed was the move to two-gram samples from the previous half-eighth entries. In the process of making the entries larger, they needed to cut the contestants from 16 to 14 to keep it under the legal limit of one ounce. But you’re still talking about 14 of the best cannabis cultivators in California and you get a little bit more of each one to enjoy. It’s also still the same amount of weed overall as last time.

While it was tough to match the star-studded lineup of the inaugural Zalympix, there are plenty of faces who have received reverent praise from us here at L.A. Weekly. We believe Blueprint had arguably the biggest launch of 2021 backed by its hyper elite flowers, again proven with a strong best-in-show at Hall of Flowers in Santa Rosa.

The Powerzzzup team was featured in our 4/20 feature this year. That was the first time we got to see Fly and The 2090 Shit. It was an agonizing months-long wait for the pair to hit shelves but we expect Fly to be a contender here.

Last month we spoke with Chauncey Leopardi about his 20 years in cannabis. We’re not surprised to see the Squintz in the mix. It was some of our favorite cannabis from MJ Biz Con in Las Vegas.

Here are all the entries with a few notes on the ones we’ve had the chance to sample from the box. The Triple Lindy is the entry we were most familiar with going into the box. The competition batch was exactly the blend of fuel notes and pine notes we were looking for with a great high. We expect it to do well. 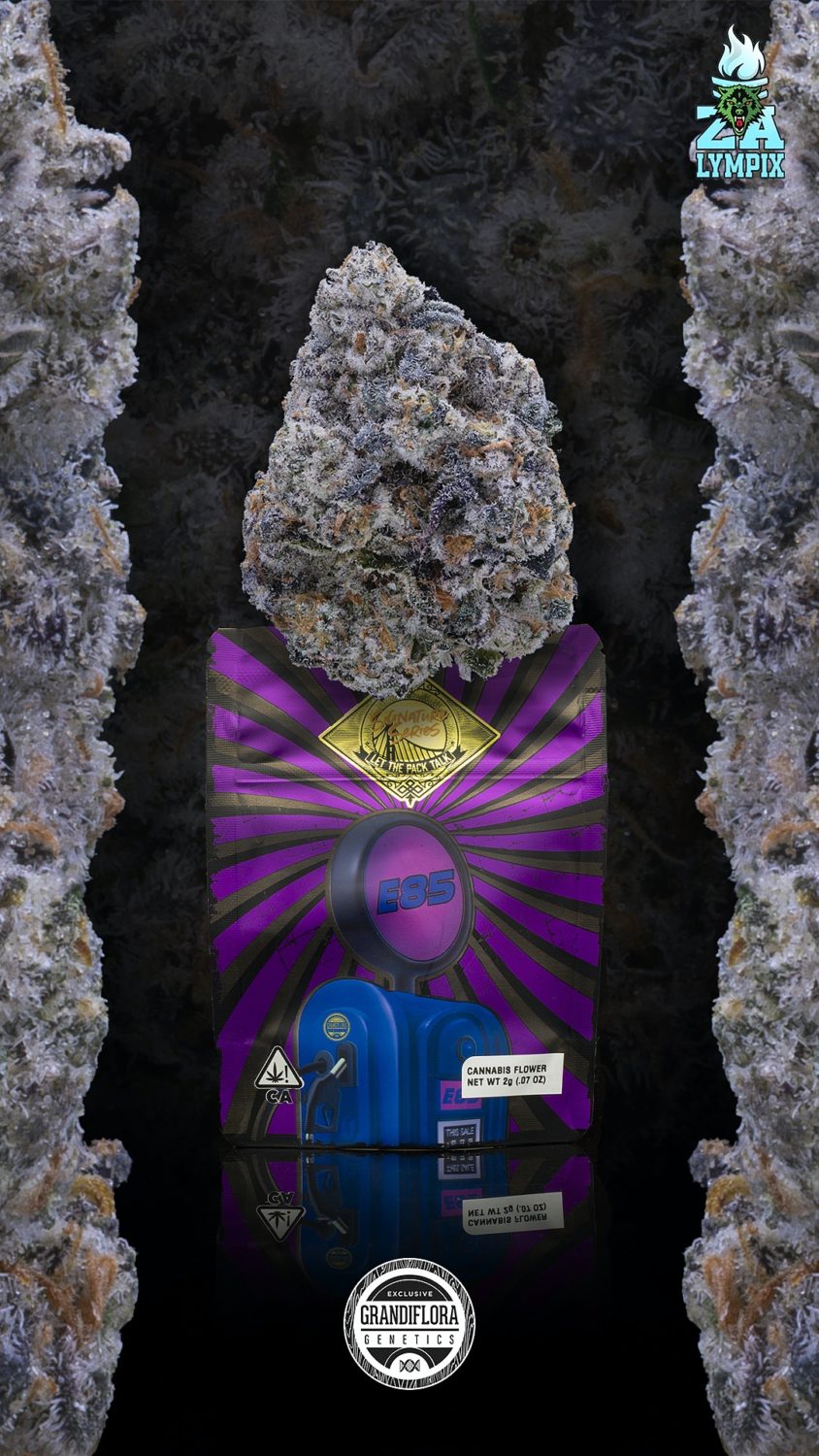 The Bompton Cherries has the most wildly cherry cough syrup flavor and aroma we’ve seen in some time. While not a first, it was a standout nose of the year for us that was so different from just about everything being grown at scale in California right now. The Pomelo Anderson was some wild Fruity Loops heavy terpenes and an uplifting high with a light body to it. The most comparable flavor to it I’ve seen was the Caryophyllene Sunflower from LAPCG. One of the things we noticed is that more than half of the entries came in with a test result of 30% THC or over. We urge everyone not to put a lot of stick in those numbers when trying to determine the best. We even debated including them. But there is something to be said for people who can grow plant resins with that much pot in them. But we don’t really understand completely as a consumer base how the THC percentage interacts with all the other stuff in great pot. So while it’s worth looking at, lab results should never be the sole deciding factor of who has the best weed.

The judges have a month to get their scores in.