From L.A. rapper Rucci and British indie-pop sensation Bishop Briggs to Smashing Pumpkins man Billy Corgan and the arty pop of the Sudan Archives, here are 12 of the best music shows in Los Angeles this week. Aside from being one of the well-respected new wave of Los Angeles rappers, it’s Rucci’s honesty and vulnerability to share his story with his growing fan base that audiences appreciate most. Most recently, the West Coast spitter unleashed his documentary entitled Tako’s Son, which centers around the relationship with his father (Tako) who was deported to his native El Salvador. Footage was captured as Rucci headed down to Rosarito, Mexico, to reunite with his dad for the first time in four years. The short film arrives shortly after his debut album of the same name, turning trials and tribulations into music success. Fueled by the death of his late rap partner and friend Sean Mackk, Rucci proves music heals. —Shirley Ju

“You gotta get bruised before you get mad,” Bishop Briggs insists on her new version of “Champion,” recorded with Rage Against the Machine’s Tom Morello. “Nobody said it’d be an easy ride, obstacles in my way … Cursing the world, I burn the songs I wrote a billion times in my head.” As with many of the British singer’s songs, the track’s lyrical defiance is undercut by sometimes generic mainstream-pop arrangements. On Briggs’ 2018 debut album, Church of Scars, the same dichotomy occurs as the vocalist alternates between intimate and confessional songs such as “Water” and “Lyin’” and less-inventive tunes that are undercut by bombastic choruses and arrangements. Despite this tendency to be crowd-pleasing, Briggs is at her best when her lyrical aspirations and vocal exhortations are matched by music that’s passionate, as on the bluesy “River.” —Falling James For alternative rock fans of a certain vintage, there’s something quite reassuring about the sight of Dinosaur Jr. mainman J Mascis shuffling his way up to a mic. His frontman charisma doesn’t hit until he opens his mouth and gets to singing, and then we get to see a proper transformation every night on stage. The band’s fuzzy, feedback-heavy dirge is also beautifully melodic and always authentic, though we haven’t been treated to a new album since 2016’s Give a Glimpse of What Yer Not. Regardless, they always deliver live. The band is on tour with old friends Easy Action, featuring John Brannon (and other members) from Detroit hardcore pioneers Negative Approach. Get there early for that — Easy Action are one of the most underrated live bands in the States. —Brett Callwood

“I wanna be your best girl/I wanna be the one that takes down the world,” Annabel Liddell declares amid the surging punk power chords of “Best Girl,” from Miss June’s new album, Bad Luck Party. “Antevert my uterus and birth you all/Anarchy can only be about a girl … I heard a rumor that it’s a boys’ world.” The rest of the album ranges from the fast, thrashing intensity of “Two Hits” and the hard-rock crush of “Enemies” to spacey passages such as “Double Negative” and the jangling indie pop of “Anomaly,” which segues into grungy heaviness. Liddell could be describing the impact of her own music on “Scorpio” when she sings, “She came into my life like a tornado.” —Falling James 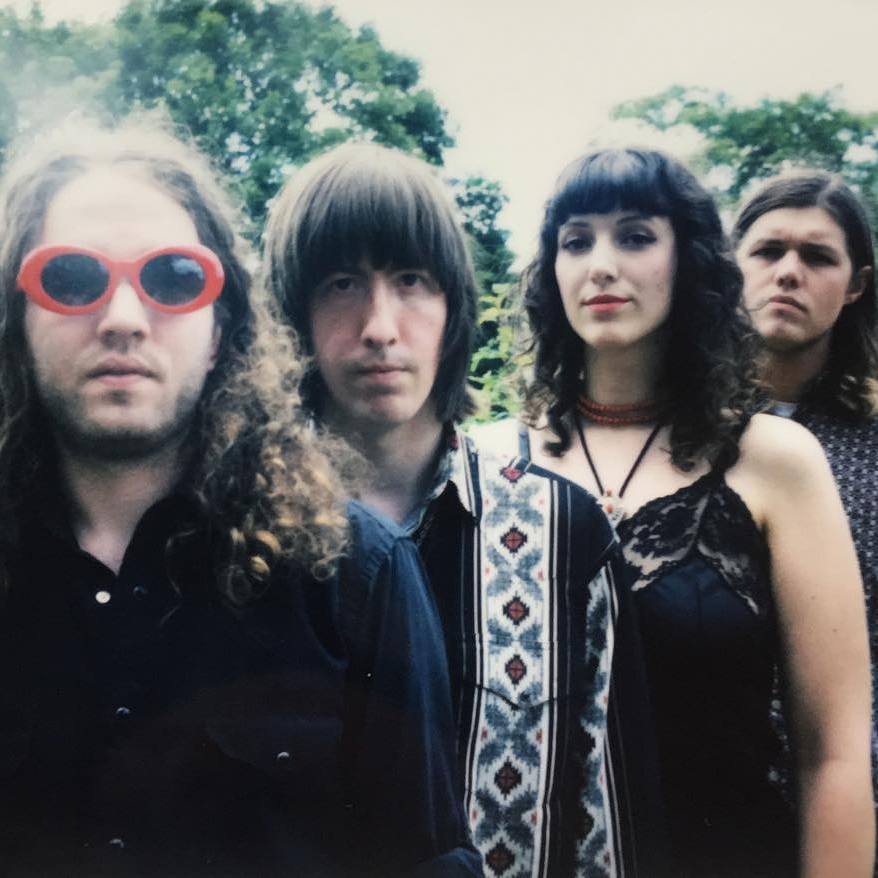 Portland indie rockers The Shivas are in the process of touring their new Dark Thoughts album and they’re playing this Long Beach show shortly after a gig at the Hi-Hat. “Dark Thoughts has to do with all the fears, all the negative thoughts, all the bad things in our head — looking those in the eye,” they told us. “And it’s not just personal things, but cultural and societal norms and expectations.” That’s all evident in their beautifully evocative dream-pop. “We will be playing a bunch of songs from the new album and lots of our other songs, most likely a couple songs we didn’t write as well,” they added. Sounds perfect. Lunch Lady, Co-Ed and Cowboy Social also play. —Brett Callwood

Back in August, music editor Brett Callwood interviewed bandleader Joe Nolte about The Last’s 40-year career as a South Bay band who have influenced both punk and power-pop groups alike. The band’s show at Alex’s Bar was also previewed at the time, but it’s worth noting that The Last are playing again, this time in an all-ages matinée as part of the Save Music in Chinatown series of benefits that raises funds for music programs at Castelar Elementary School. Performances by Nolte and crew are relatively rare these days, and, although the group focused at Alex’s Bar on the romantic melodies from their 1979 debut album, L.A. Explosion, the singer-guitarist has a deep catalog of memorable songs that have directly inspired far more popular acts such as The Descendents, The Bangles, Black Flag, Urinals, The Gun Club and countless others. —Falling James

Billy, or William Patrick, Corgan, enigmatic frontman with art-rock titans the Smashing Pumpkins, is finishing up the year with a solo tour that takes in three sold-out night at the Lodge Room (Monday, Tuesday and Wednesday). Reports suggest that he’ll be performing a career spanning set that will include songs from the Pumpkins arsenal, as well as the underrated Zwan album Mary Star of the Sea. Whatever he chooses to play, this is a great opportunity to see the man in a relatively intimate setting, for those lucky enough to have tickets. Corgan is never one to rest on his laurels or take the easy route, but he does know that he has hordes of adoring fans and a lot of great songs under his belt. Should be special. —Brett Callwood

Kat Leon is best known as the lead singer of Holy Wars, a local band who manufactured a dark, heavily rocking sound on such quintessentially sordid tracks as “Welcome to My Hell.” The vocalist performs at the Hi Hat under her own name for the first time to present songs from her debut solo EP, This Is How the World Ends. “Give me an ocean,” Leon purrs dramatically on the EP’s title track, which unfolds with somber chords before an anthemic chorus kicks in. “I’ve taken more than you know/And you cannot break me,” Leon fiercely declares as doom-ridden chords descend around her on “Fearless.” “The Storm” is a contrastingly intimate piano ballad that’s illuminated in the verses by Leon’s flickering vocals before her singing soars grandly and ruefully over another shadowy landscape. —Falling James

Well there’s a band we had pretty much forgotten ever existed. Back in the not-memorable nu-metal days, in ’88, Floridian band Cold put out a decent self-titled debut album that opened with a killer track called “Go Away.” In fairness, that was their peak. They never quit; four albums followed over the next couple of decades, but they have struggled to recapture the bright light that briefly burned back then. Maybe they’ll do it this time, with the new The Things We Can’t Stop album. Cold are playing two nights at the Viper Room to celebrate this sixth full length album, and their loyal fans will show up in support. Awake for Days and University Drive also play. —Brett Callwood

“I’m too unique to kneel … There is a place that I call home, but it’s not where I am welcome,” Brittney Parks confides as Sudan Archives on the aptly titled “Confessions,” from her upcoming full-length debut album, Athena. The song is streaked with woozy bolts of violin as the singer-violinist frames her autobiographical lyrics with an arty pop-soul backing. In a world where so many pop singers contort themselves beyond recognition to appear generic and normal and predictably comforting, Sudan Archives is indeed too unique to kneel or otherwise conform to prevailing commercial standards. On her two EPs, the self-titled 2017 Sudan Archives and 2018’s Sink, the vocalist slips in and out of funky R&B idylls that are intercut with elements of psychedelia and coolly grooving world-music experimentation. —Falling James

The resonant is what resonates at this latest edition of Soundwaves, which tonight presents Italian percussionist Andrea Centazzo in an extravaganza titled “Cycles of Life.” It includes, but is not limited to, Centazzo’s multimedia showcase on the great Leonardo da Vinci. Visionary free improviser Centazzo now calls Long Beach home after years of composition and collaboration with everyone from John Zorn to Lol Coxhill to Derek Bailey, constantly and tirelessly growing into an artist the talent of which is rivaled only by the scarcity of his appearances on the local concert stage. Along the way, he’s amassed a breathtakingly impressive collection of gongs, many of which will grace tonight’s multifaceted meditation on da Vinci — no slouch himself when it comes to artistry that continues to ring true throughout the centuries. —David Cotner Brothers Jeff and Steve McDonald of power-pop-punks Redd Kross are the first to admit that they are pretty much the opposite of prolific. Their new album Beyond the Door, which was released in August of this year, is their first since Researching the Blues in 2012. Before that, Show World came out in 1997. But the new album is a power-pop beast with a punk edge. The tunes are unrelenting and, on this marathon tour with the Melvins, they’ve been explosive. In fact, Redd Kross and the Melvins share two members so this is an all-in-the-family affair. With the latter, you know what you’re going to get, and they never disappoint. Toshi Kasai also plays. —Brett Callwood

Should I Vape Or Should I Bowl?