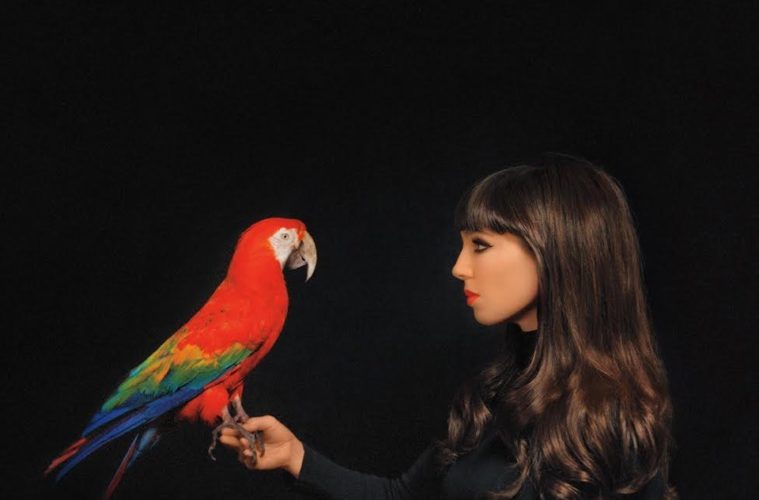 Who Is the New Mystery Girl? Claude Fontaine Pops Up Out of the Blue

In a music scene in which everyone knows everybody and every musician seemingly has a well-known past, Claude Fontaine is a mystery.

The pop singer emerged from out of the blue in April with the release of her mesmerizing self-titled debut album on the local label Innovative Leisure. The record is neatly divided between lilting reggae and Brazilian-style pop, and, while there is nothing new about a modern singer performing those styles individually, it is unusual to combine them in such a coolly seductive way.

The music and moods on Claude Fontaine evoke the classic eras of rocksteady and bossa nova. On initial listen, one assumes that the entrancing reggae idyll “Hot Tears” and the positively dreamy Brazilian fantasy “Pretending He Was You” must be covers of vintage obscurities, but Fontaine’s songs are all original. She distinguishes them further and imbues them with a certain poignant immediacy with her breathy, delicately intimate vocal delivery. The combination of genres with such engaging songwriting and passionate but restrained singing made Claude Fontaine one of the better albums of love songs released so far this year, and a capacity crowd of curious new fans filled the room when she made her official live debut at Zebulon in April.

“I was overwhelmed by the amazing crowd that showed up,” Fontaine says in a phone interview. “I didn’t expect it. It was as if I had never played live before — it felt brand new.”

Of course, most brand-new vocalists usually aren’t backed by two separate groups of all-star musicians, as Fontaine was at her debut concert. For the first part of her short set at Zebulon, she was accompanied by Brazilian guitarist Fabiano do Nascimento, bassist Andre de Santanna (Flora Purim) and percussionist Gibi dos Santos. Leo Costa was on drums, although legendary drummer Airto Moreira (Astrud Gilberto, Miles Davis) played on the record. Following a brief game of musical chairs, Fontaine’s Brazilian band left the stage to be replaced for the reggae portion by such stellar musicians as guitarist Tony Chinn (Dennis Brown, Althea & Donna), bassist Ronald McQueen (Steel Pulse) and drummer Rock Deadrick (Ziggy Marley).

As powerful and assured as both groups were at Zebulon, Fontaine stood humbly at the center of it all in a dazzling silver gown, singing with a contrastingly sweet gentleness and humility. “Honestly, I had stage fright,” she admits. “I felt overcome with shyness. I would love to play more to get over my nerves.” Fontaine gets her next chance when she opens for Brasstracks and Gavin Turek at the Natural History Museum on Friday, June 7, with her two bands combining into one supergroup for the set.

“It was definitely an organic, natural journey with all the elements,” Fontaine says about the decision to combine reggae and bossa nova in her music. “I didn’t want to have to choose between them. I wanted them both on the same record. … I just sing the way I sing,” she adds. “It’s how I’ve been since a child, singing like that.”

But Fontaine points out that it took her a long time to find her voice and settle on a musical direction. She prefers not to reveal her age or in which neighborhood she’s currently residing except that it’s in Los Angeles. “I grew up on the Westside of L.A.,” she says. “I’ve always written and recorded before the inception of this record. I have written and recorded songs and put them on the internet and quickly taken them down, experimenting with different genres.”

What were the names of her past projects? “I’d rather not say,” Fontaine says politely. “Sorry to be so private about that. I actually thought I wanted to be a jazz singer, so I started with jazz. I would sing standards. At my first show, it was all jazz standards from the ’20s and ’30s. From there, it inspired me to write in those styles. I had a Tom Waits and blues direction for sort of a moment. It was always not of this era. … As a young girl, I really loved Billie Holiday. As a teenager, my favorite record was Miles Davis’ score to Elevator to the Gallows. I wanted to make music like that. It was such a haunting score, Miles Davis through a French vein.”

When asked about her first show, Fontaine remembers that it was “a while ago” at the old Mr. T’s Bowl in Highland Park. About two years ago, she sang four songs, including a cover of Bill Withers’ “Ain’t No Sunshine,” as part of a brief appearance opening for a friend’s band at the Troubadour. “It was never consciously nostalgic,” she says about her approach to music. “I’ve always been drawn to the past. I’ve always romanticized past eras. I was in love with jazz as a teenager, but I found that singing standards was limiting because there was more that I wanted to express with this voice.”

It took a chance visit to a record store for Fontaine to find a satisfying way to express herself vocally. “I was living in London on and off for about a year. I lived about a block away from Honest Jon’s. I was always passing it with my groceries,” she recalls, until she finally went in one day when her arms weren’t full. “I had never really listened to reggae and Brazilian music before. From the moment I walked in, I was literally intoxicated and captivated. It truly was a fairy tale to me. It was the kind of a moment where you were cast under a spell. I would go in every few days. I knew that this was music I had to try my hand at. … I came back to Los Angeles with a suitcase full of records and started working on the new record.”

Was it intimidating working with such musicians as Tony Chinn and Airto Moreira? “I was so honored that they even wanted to play on the record,” Fontaine says about the album, which was recorded at Sage and Sound in Hollywood and Kingsize Soundlabs in northeast L.A. “I thought it was a pipe dream to send them my demos.”

Whether she’s cooing Latin pop or pumping out reggae, the singer is always lyrically focused on affairs of the heart. “They’re all very truthful love songs about themes that I’ve experienced through my relationships,” she says. “‘Hot Tears’ is about feeling like a lifetime of a [lover’s] lifestyle of drugs and alcohol has been prioritized over love. ‘Cry for Another’ was the first song I recorded, before I had a label. That was about someone slipping through my fingers. I knew that person wasn’t in any shape or form the right person, but still feeling a longing for that person. I wrote [“Pretending He Was You”] almost as a projection of the future — if I wasn’t with that person anymore, how I’d feel. … Most of the songs are about one particular relationship. I think he’s really proud of the record.”