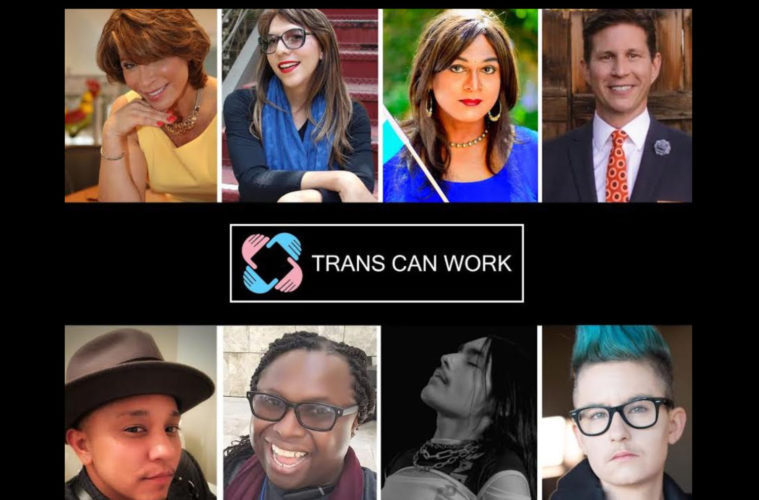 With Transgender Visibility Day closing out the month of March (also representing Women’s History Month),  L.A. Weekly’s cover story this week explores how representation in the entertainment industry is changing things for the community in a positive way. But we still have a long way to go to reach equality and there are still plenty of challenges for trans people in the real world seeking work.

Los Angeles employment program Trans Can Work is trying to even the playing field. They’ve recently joined forces with the City of West Hollywood and the West Hollywood Chamber of Commerce to launch an unprecedented anti-transphobia campaign with “Workplace Gender Diversity Inclusions” training and more. The program, which launched in November to coincide with Transgender Awareness Month (Nov. 20) also features a diversity and inclusion toolkit that the group hopes will be used as a model for other cities nationwide.

Trans Can Work’s Michaela Mendelsohn (Founder & Board Chair) and Drian Juarez (Senior VP of Programs), shared their vision for the organization and information about its efforts with L.A. Weekly, below.

LA WEEKLY: What are the biggest challenges transgender folks deal with in terms of trying to get employment?

TRANS CAN WORK: Unfortunately the unemployment rate for the TGI community is historically three times the national average. The problem is not one of talent, but culture. Most large companies have instituted policies and procedures supporting their transgender employees. Then why are we not seeing a sizable decrease in the unemployment rate? The reason is fairly straightforward. The culture does not exist in most companies to support the hiring. A typical scenario plays out during the interview process when the person doing the hiring considers whether to hire someone they perceive as transgender. If the culture does not exist in the company making it a comfortable fit, the hiring manager does not want to take the risk on the applicant even though they might be a great fit otherwise. Of course this can be changed by bringing in groups like TransCanWork to assist. We have developed training tools through virtual courses and e-learning that are designed to help a company’s staff to feel what its like to be in the place of the transgender applicant or employee. The training then teaches them how to easily correct their approach and support their new colleague.

When COVID hit we took that opportunity to further develop our virtual and e-learning tools and partnered with groups like 2nd City Improv to develop immersive scenarios which were highly effective. Of course there is also our workforce development team which represents thousands of transgender individuals looking for work. We connect them to companies who have developed the proper culture of support.

How do you think that media contributes to problems trans people must face?

Media is definitely getting better and that’s good because it was pretty awful at first. Growing up, all that many of us knew of TGI (Transgender, gender non-conforming, non-binary, intersex) identities was from shows like Jerry Springer, Maury Povich and other shows that sensationalized and trivialized our identities creating an unsafe environment for us. We were often presented as jokes or oddities and therefore cis-people felt it was ok to make fun of us, discriminate against us, or even kill us.  When our community members would lose their lives to hate and violence we would be re-traumatized by news sources who would describe us as a  “woman dressed as a man found bludgeoned to death” or “suspicious looking man stabbed twenty times.”  We would hear about these horrendous crimes being committed against us and all that the news would focus on was our presentation or the confusion around our identity.

Violence is huge concern too, isn’t it?

The violence against the TGI community still persists today. A study just released by the Williams Insitutute from UCLA Law School, revealed that transgender individuals are four times more likely to be victims of violence than their cis-gender counterparts. We are so proud of the media companies we have been working with such as Vimeo, WarnerMedia, and Sundance Film Festival, just to name a few who understand this history and want to do something about it by putting their money where their mouth is, working with us on D&I training for staff and trainings with media creators such as writers and directors, around authentic and honest portrayals of who we are and the issues we face.  They understand that the old-antiquated portrayals of our identities were not only wrong but were killing us!

Explain Trans Can Work’s most important workplace toolkit and training components and why they are important.

Our trainings are really about an experience. We want to put Cis-gender people in the shoes of a TGI person.  Gone are the days of a static training where people sit back for an hour or two and just listen. That is not what we do!  We challenge people to think deeper about how they contribute to Cis-gender, heteronormative systems.  We take people on a journey through a TGI BIPOC (Black, Indigenous, person of color) person’s first day on the job and the multitude of microaggressions we have to navigate when we walk into a workplace that only takes cis-hetero identities into consideration. 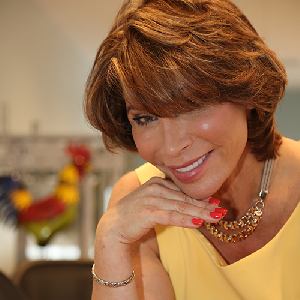 From being misgendered as you check-in for your first day on the job, to having someone be hostile to a TGI person using the bathroom, our training takes the participant on an in-depth journey in what a hostile work environment feels like for TGI employees.  Our tool kit puts everything that we discussed in the training into hardcopy documents that HR departments can use when they onboard new employees.  Included in the toolkit are: Pronouns Can Work- a sheet that not only shows people how to use inclusive language and gender neutral pronouns but also educates people on the fact that gender neutral pronouns are nothing new and have been around since Shakespeare.

There is a resource sheet for HR Departments and recruiters to take a deep dive into inclusive insurance packages and HR systems.  It also includes a Tips Poster that we encourage employers to put in spaces where employees will see it and be able interact with it such as lunch rooms and common areas.  We also address issues in the virtual workspace by providing all of the hard copy resources in a USB so that employers can share the resources during virtual all-staff meetings and other virtual spaces. These can also be distributed on important dates for the community such as Transgender Day of Visibility and in June, which is recognized as Pride Month.  Our tool kit came out of a historic collaboration we had with the City of West Hollywood. To the best of our knowledge this was the first time a municipality partnered up with a community-based organization to develop an anti-trans phobia campaign to address the economic disparities TGI folks are experiencing due to everything we mentioned earlier.  A significant portion of these economic disparities can definitely be attributed to a history of misrepresentation at the hands of entertainment and media.

But there seems to be a shift towards acceptance.

The reality is that human beings are evolving rapidly. TGI people are really at the cutting edge of identity evolution. In particular youth are driving these changes with millennials and especially Gen-zers breaking open those rigid boxes of male and female and exhibiting that identity is more of a spectrum that evolves and changes throughout time and that’s OK. What we are undoing is a lifetime of bad information that brainwashed us into thinking that gender is simple, it’s either blue or pink, that genitals define what your life will be like and that’s it. That is wrong! People, our identities, our genders, are not that simple and the shift is not so much towards acceptance but more so towards a recognition that we are evolving and if these companies want to stay relevant they have to evolve with the times.

For more info go to Transcanwork.org/.