Hall of Flowers in Palm Springs this past week featured some of the biggest names in cannabis, we wanted to know what they were smoking.

In this latest edition of The Heat Check, we continued our search for exotic flowers and were not disappointed. While the temperature hit triple digits, the cannabis was ready to match. Here is a look at what people were carrying for personal use.

Blueprint co-founder and legendary cultivation ninja Jordan Aguilar shows off the company’s new spread. Blueprint is able to look at over a hundred new phenotypes every couple of months on its quest to find new and exciting flavors. Chauncey Leopardi gave us a preview of Foreign Genetics’ entry for the next edition of Zalympix. They’ll be bringing the same quality that got them in the winners’ bracket for this summer’s highly anticipated contest at Greenwolf. Jacob Stockwell was excited to show off Have Hash’s latest heaters. There is definitely a solid argument to be made that Have Hash is the best solventless company with a booth at the show. Joey Diaz likely has some of the best celebrity weed out there. Since we first encountered it while helping judge the flower division of The Farmer’s Cup in San Diego, every bag has been solid above-average quality. Always On Point’s Wakanda was one of the best surprises as we walked the aisles of Hall of Fowers. The blend of Gorilla Glue, OG Kush, and Cookies featured an aroma that jumped out the jar as hard as anything in the desert. 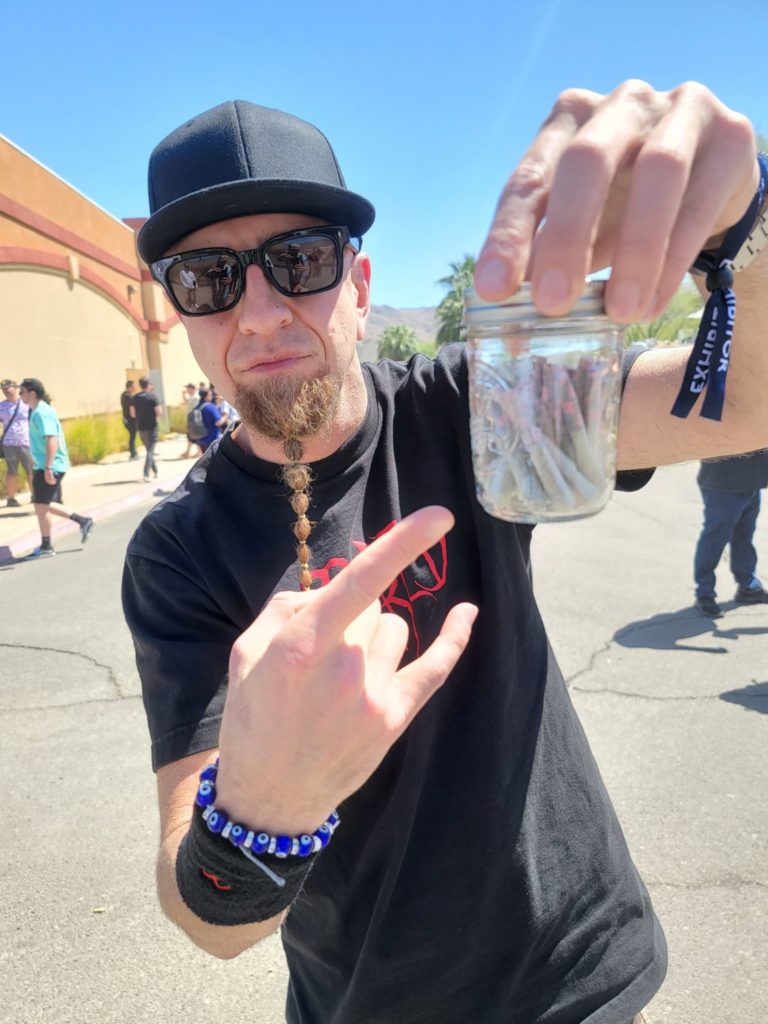 System of a Down’s Shavo Odadjian was ready for anyone who wanted to sample his 22Red line, Now three years in, Odadjian and the team are working with specific cultivators to grow out the genetics they’ve found in addition to expanding to multiple states. Keep an eye out for our full chat next week. 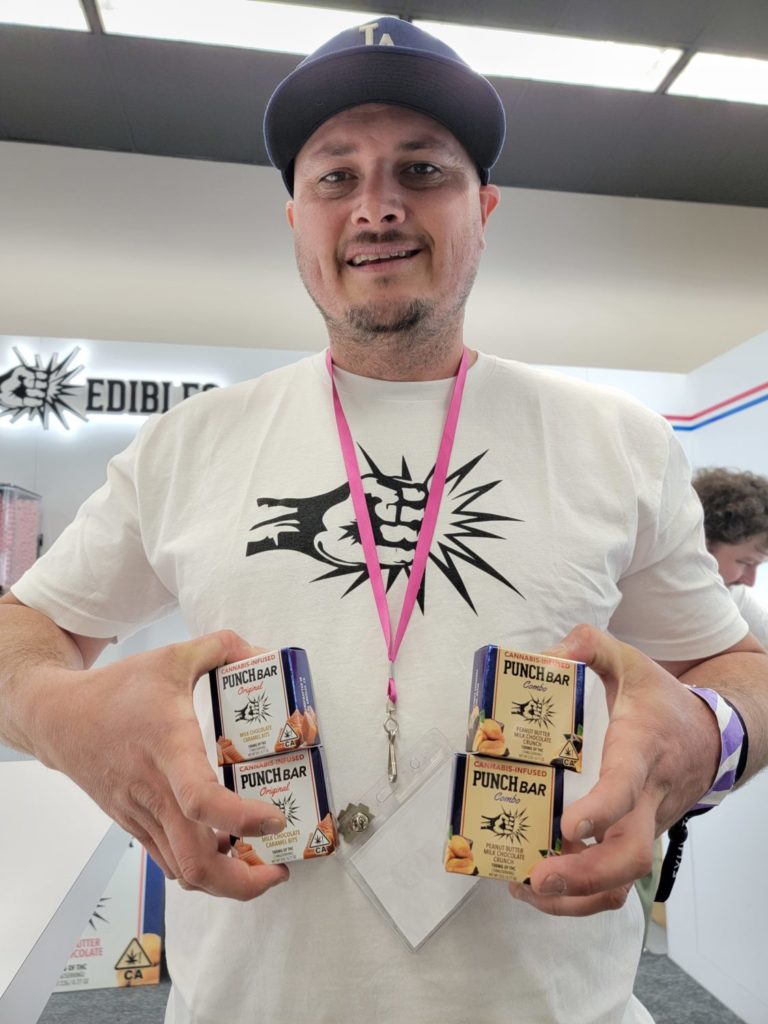 Punch Edibles released its new line of hash-infused chocolate only adding to the hype they built over the years. With the new upgrade on ingredients, expect the hype train to chug a little harder. Leaf California doesn’t even brand its own weed anymore but provides the flower that backbones numerous brands from its Sacramento grow. COO/Grower Nick Rutkaus was thankful he had one of their rare branded jars as you can tell from the smile. Wendy from Space Gems was ready to give out some free rocket tickets via the popular edible line.

Cream of The Crop 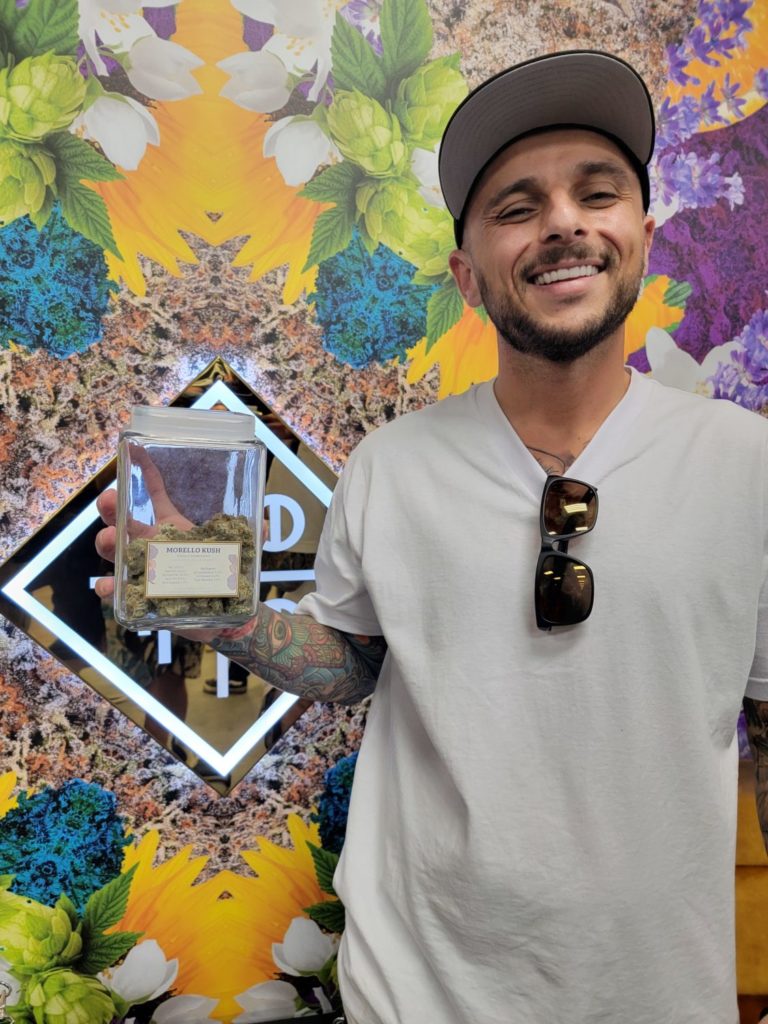 Cream of The Crop had one of the best lineups at the show. The Jealousy 41 was an absolute banger.