The Dinah Shore Weekend aka “The Dinah” is universally recognized as the biggest and best known queer gathering in the U.S., save for national Pride celebrations. Held in Palm Springs, the super-party is notable and exceptional because it is a lesbian event, and hence, offers a unique sisterhood energy that brings regulars back year after year and has become a rite of passage for many women (especially in L.A.), as depicted on The L Word (both the original drama and the reality show).

As the 30 annual shindig preps its return on Sept. 29, LA Weekly caught up with Hanson to consider The Dinah’s popularity, its evolution over three decades and its legacy of inclusion and empowerment. 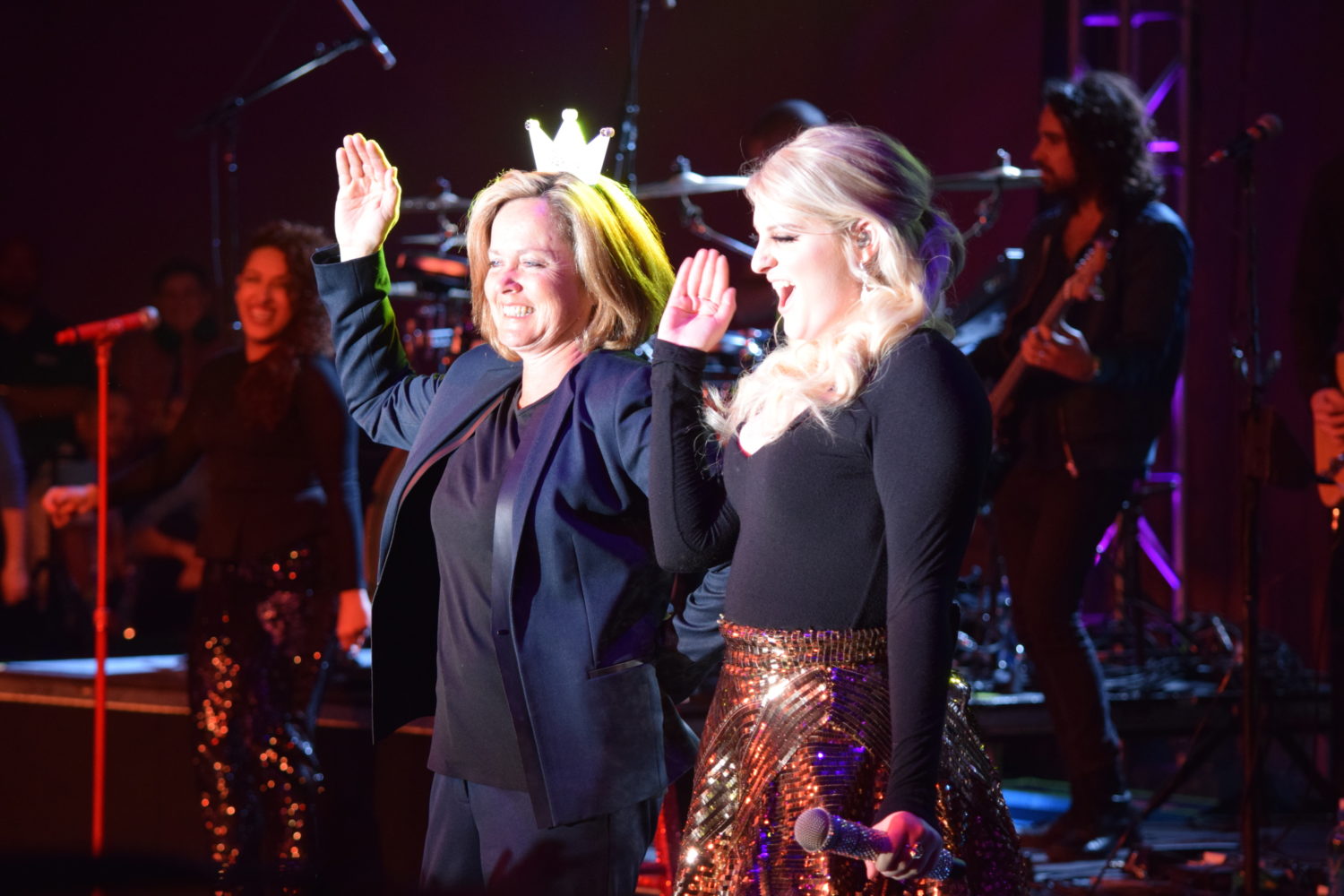 LA WEEKLY: Congrats on 30 years producing The Dinah Shore Weekend. Can you tell us how it feels to look back? What stands out to you about the event and what you’ve accomplished with it?

MARIAH HANSON: It’s been quite the personal journey for me. I was 30 when I started The Dinah and was of course filled with hope and passion for the possibility to provide lesbians with a safe space. So it was about production and sparkle and awe. Raising the event bar, so to speak. But 30 years later, I’m still filled with hope and passion. I am proud to know that what I created has evolved into something more than just a party; to me The Dinah is a philosophy of life. The greatest reward is to see how life changing The Dinah has come to represent for so many who come out of it profoundly moved, deeply touched, completely transformed and empowered.

That feeling transcends our community to even positively affect some of the A-list celebrities who headlined the event over the years. Lady Gaga came back in 2016 just to hang out by the pool. Upon wrapping her headlining performance, Eve decided to hit the dance floor and join the crowd. There is something immensely liberating about the Dinah that’s infectious and contagious and rises up from the crowd to the performers onstage. And perhaps no one felt it more than body positive rising artist Lizzo, who took over the Dinah in 2017. Tell us about the origin of the event and its early days? Dinah Shore’s golf tournament inspired it, but she wasn’t gay. How did it evolve into an LGBTQ+ gathering for women?

Dinah was not gay that I am aware of but she was a passionate advocate of parity between men and women’s golf winnings. The women golfers won so much less than the men, so she lent her name to The Dinah Shore Tournament to raise visibility and increase the winnings. She was well aware of our event and yet never told us we couldn’t use her name either. I met her daughter several times and she knew about the event and thought it was great, too.

With gender fluidity and all kinds of identities, including non-binary gaining understanding and acceptance, how has The Dinah adjusted? Cis men were not really welcome right? What about gay men? How do you handle the blurred lines of sexuality/gender and how do you feel about the way society views them these days?

The Dinah has never discriminated against anyone. Sure, it’s been known to be predominantly for womxn. But our position is that anyone who respects our core message and purpose is welcome. I remember years ago, when I was going to gay bars and felt that I didn’t belong. Back then some of our LGBTQ+ bars and clubs had this feel of “exclusivity.” I never wanted to create a space that would make anyone feel out of place. So The Dinah has been and remains an event that welcomes all – regardless of your gender, background, how you identify, religion, tax bracket, etc. It’s about sharing a mutual respect and understanding for the different lives we live, the struggles we face, the obstacles we’ve overcome, the battles we won, and the successes we have accomplished.

What were and are your goals in terms of what Dinah offers its attendees?

I was a natural event producer. I threw the best parties in college, some were legendary. So while I was younger, my profession was a continuation of a natural knack for throwing a memorable event. My goal was to offer the best event I could imagine and to always improve upon that base. I also wanted to offer my community a safe space where every year they could come, disconnect from their lives, and feel safe to be who they are without any judgment. There is still a majority of LGBTQ+ individuals who live in hiding, having to pretend to be someone else than who they truly are simply because their environment forces them to. We take for granted the fact that our reality is still a dream many wish would come true. I feel that once a year this dream does become reality because of The Dinah. Hanson and Lizzo. (Courtesy The Dinah)

I also wanted to bring the lesbian community more visibility. I am proud to see how The Dinah has come to represent an ever-growing movement that has crossed over to the mainstream. Over the years, we’ve gotten more and more mainstream media attention with features in Forbes, LA Times, NY Times, Cosmo and NBC.com – something that was quite inconceivable 30 years ago. When I started booking talent it was difficult to get an agent to return my call. Now my phone is ringing off the hook! It’s an immensely rewarding feeling to gain the respect of the entertainment industry.

How has The Dinah evolved entertainment-wise?

I think we are producing a musical festival par excellence given our relative small size. Yet as small as we might be our talent roster is unmatched. Over the past 30 years, I have worked hard to assemble an eclectic and diverse line-up. From The Pussycat Dolls, Pat Benatar, Indigo Girl, Margaret Cho, Diana King, Salt’N Pepa, to Lizzo, Iggy Azalea, Tegan and Sara, En Vogue and The Motels, our entertainment covers all genres, ages, styles and tastes.

What about The Dinah’s networking and love connection opportunities?

They naturally happen every year. I love hearing stories about couples who met at The Dinah. Some even got married! There are also people from around the world who religiously make that annual trip to the Sunny Oasis just to see each other. I always think about The Dinah as Summer Camp – you might go there without any friends, but you leave with a plethora of new ones. And you cry because you don’t want to go home. What are some of your best memories from the past 30 years?

Jessie Reyes stands out as one of my favorites, and Chaka Khan as well. Katy Perry and Lady Gaga, Meghan Trainor, Bebe Rexha, and Lizzo stand out as some of our largest successes. I also have a fond memory of Meghan Trainor on stage crowning me the Queen of Dinah. It was such a sweet and thoughtful moment. But I think overall my best memory every year has to be my customers. Year after year, as each Dinah comes to a close, I see them all depart Palm Springs with profound nostalgia for a one-of-a-kind weekend that changed their lives forever, gifted their hearts with beautiful memories, and energized their spirit. And that to me is the biggest reward I can get.