The device that delivered dabs to the masses is showing its support for criminal justice reform in the wake George’s Floyd’s killing by Minneapolis Police.

On Wednesday, Puffco dropped a limited edition Shadow Black Ryan Fitt Recycler Glass attachment for its industry-dominating Puffco Peak. The limited-edition run of 500 was gone within 24 hours of hitting the shelves. While this tale may not be unfamiliar when it comes to Puffco accessories, what makes it special is they donated all of the profits to criminal justice reform organizations.

In an Instagram post, Puffco announced all of the recycler proceeds would be split between Black Lives Matter, People’s City Council Freedom Fund, and Colin Kaepernick’s “Know Your Rights” Camp. Not long after they were gone. The effort raised $125,000 for the three organizations.

Worth noting, the recycler itself is pretty fantastic. It helps keep the water out of your mouth if you rip a Peak like a champion. I’ve used one exclusively at home since the original clear edition dropped last fall. 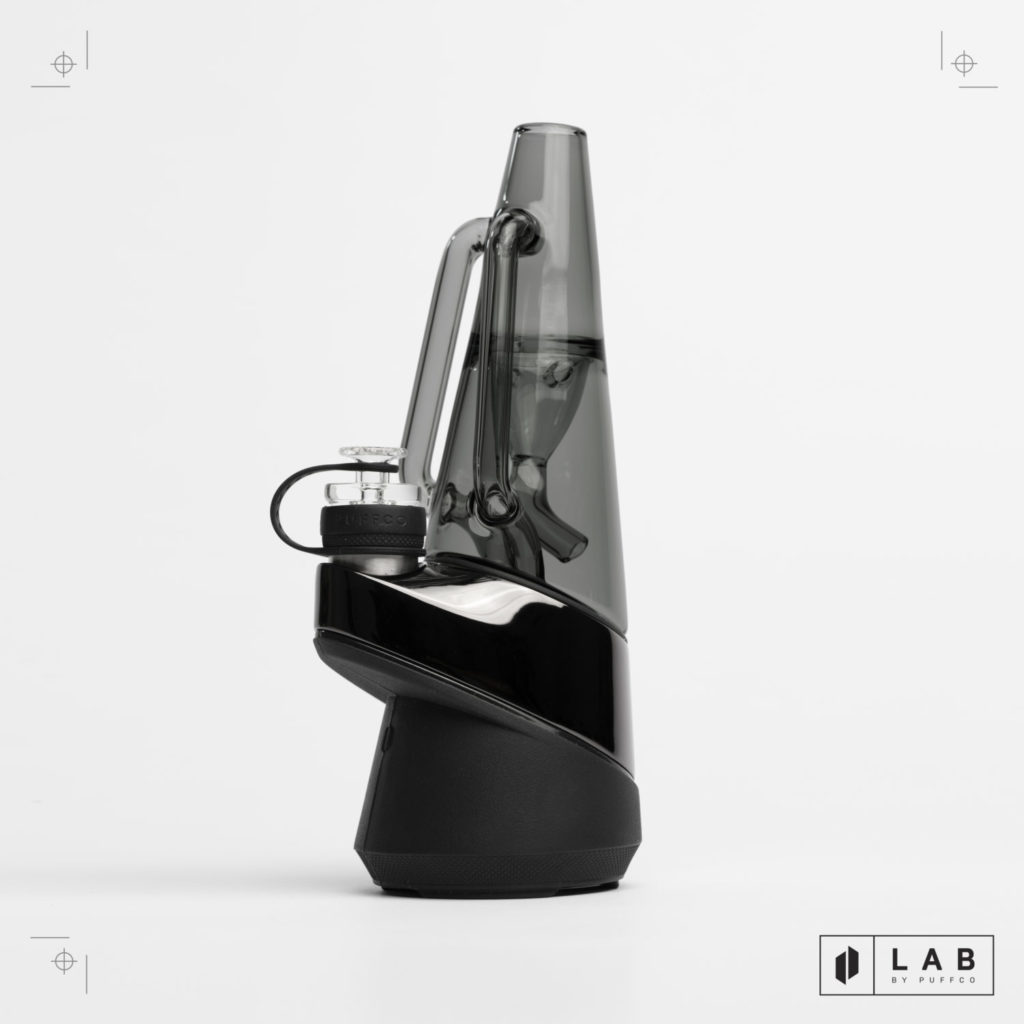 We reached out to Puffco’s founder Roger Volodarsky to hear the details on the successful launch effort that will see well over six figures go to charity. Volodarsky had been sitting on the new version of their recycler collaboration with Ryan Fitt for a couple of months due to COVID-19.

“Once COVID hit, we didn’t want to give people products that would have them all excited to go connect with others,” Volodarsky told L.A. Weekly. “We thought it was time to quiet down a little. But once the Geroge Floyd incident happened it kind of changed our perspective in that now isn’t the time to be quiet. Now is the time to scream from the mountain tops.”

Volodarsky didn’t want to sell the recycler as the pandemic began peaking, but as he watched some of his favorite brands and bands like Flatbush Zombies get involved he wanted to take part.

“There were giving all the proceeds and they were coming up with really big numbers,” Volodarsky said. He believed most of these charity drops he was seeing were doing over six figures.

Eventually, someone on the Puffco team suggested they might use the new recyclers they had on deck to do something similar. “It was the perfect time. We hadn’t been counting on the revenue from these pieces, so let’s just put them up for sale and give away all the money,” Volodarsky said of the thought process.

One of Volodarsky’s preferred ways of giving back is giving to someone who is going to give all the money away, but he ends up with something that he enjoys too. “Whether a T-shirt, music, whatever it is,” he said. So as he himself had been a consumer of such charitable campaigns, it gave him even more faith in his drop. Volodarsky hopes Puffco is helping drive people to a feel-good place knowing they were a part of the change as they made the purchase.

Volodarsky and Puffco as a whole have lived in communities that are a major part of the criminal justice reform debate. The company was founded in New York City, the all-time U.S. marijuana arrest champion, and has since moved to its new home in Los Angeles. With his longtime perspective on the NYPD and admittedly fresher take on the LAPD, we asked Volodarsky what he thought personally of the moment in history.

He spoke of his time growing up in Coney Island, “but even if you didn’t grow up in an underprivileged neighborhood, in New York City the cops are everywhere.

Volodarsky said this gives NYC cannabis users a heightened sense of awareness, and the consequences of what could happen if they slip up. “If you have something that is harmless to others you could end up spending the weekend in jail with rapists, murderers and anyone that got locked up that day,” he said. This created a toxic big brother relationship in Volodarsky’s community. “It’s not one of the community where you’re here to help me, it’s one of you’re here so I can’t be me.”

Volodarsky emphasized that as a Caucasian male with multiple negative experiences with NYPD over pot, he didn’t contribute to NYC’s wildly racist marijuana arrest rates. But he watched it first hand as the police would roll on various groups of young African American men on his block. Sometimes as he himself was not far away burning one down.

“When you think about people of color losing their life over something that would put me in jail for the weekend, or potentially get me scolded, it feels like what is going on right now is certainly not too little. But coming way later than it should have,” Volodarsky said. Now that Puffco has the opportunity to be part of the change they plan on leaning in as far as they can.

Volodarsky selected where the funds were going based on what he thought would best amplify the voice that needs to be heard right now. “And what’s going to start laying down the bricks for the future. “So Black Lives Matter is the loudest voice right now, as it should be, and Colin Kaepernick’s organization is built on helping create the path to making sure the future is not like today,” he said. “People’s City Council Freedom Fund is working on getting protesters out of jail. Making sure they are able to be out there safely protesting getting our voices heard.”

Volodarsky thinks these organizations not only help people understand the situation the United States is in right now, but are looking ahead to what’s beyond that.