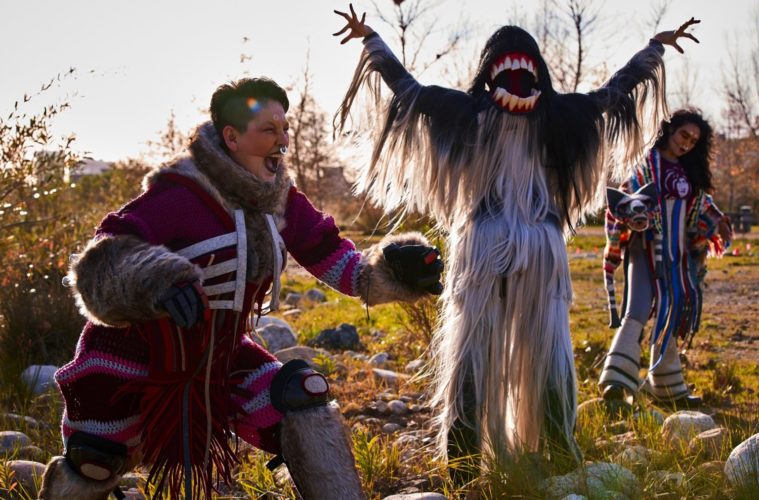 Sweet Land (photo by Casey Kringlen, courtesy of The Industry)

In 2015, The Industry commissioned several brilliant composers to create Hopscotch, an L.A.-centric, multipart opera that was staged inside two dozen taxis and cars. Now the local company returns with its first independent world-premiere work since Hopscotch, with the debut of Sweet Land.

Described as “an opera that erases itself,” Sweet Land is an ambitious project by composers Du Yun (who won a Pulitzer for Angel’s Bone) and the Navajo Nation’s Raven Chacon with librettists Douglas Kearney and Aja Couchois Duncan, and co-directed by Cannupa Hanksa Luger and The Industry’s Yuval Sharon. With themes about immigration and colonization, the opera centers on a procession through the park and a feast between a “host” community and an “arrival” community, with a train symbolizing the effects of Manifest Destiny.