Being a conduit of the hype, my birthday is in fact a de facto celebration of the heat and we’ve got all the strains you’ll need to celebrate along with the Transbay Challenge 2 this weekend.

While my birthday party looks like it will be one of the greatest hash parties since the Soviets invaded Afghanistan, that doesn’t mean there won’t be a copious amount of elite flowers in the mix too. While I love smoking for every tax bracket year-round, for this lineup we’re going a bit extra exotic. I’m looking at it as self-care.

Also, a fun fact, I share a birthday with the award-winning Lina Lecaro! She said she likes sativas. Can’t get more L.A. than that!

As for the strains, this list features the newest offerings from some killers, the results of great pheno hunts, and a fantastic new rendition of a big name cut from elite cultivators. We were among the first outside of the Alien Labs team to see the results of their recent pheno hunt as they search for cuts on par with their wider body of work over the years. Their newest offering, Atomic Chronic, will absolutely slide right into the catalog without a problem. While they narrowed down the pack, they haven’t picked a winner for the Atomic Apple x Kryptochronic pairing. The ones we saw were absolute heat, but Alien Labs founder Ted Lidie assured me the pheno hunt was going by Highlander rules and in the end, there could only be one. We asked him to save the second best one for a rapper because it’s definitely still going to be heat. Kush Mints had a ton of our favorite strains from over the years in it and is one of the biggest hitters to come out Seed Junky Genetics in recent years. While we’ve seen many versions, few come close to the Kush Mints being grown in Sacramento. We have CAM’s rendition of it tied with Green Dragon for our favorite version of the strain ever. CAM’s version is so soaked with trichomes the surface of the nugs almost has a gooey look to it. The High Times SoCal hybrid flower winner has brought the heat again with their new Secret Gelato. They entered it in the NorCal rendition of the Cannabis Cup too. Judges have a couple more weeks to get their scores in, but we certainly had it penciled in for a podium slot. Despite being a Gelato, and the fact there is mad Gelato pairings in the world right now, this was probably the second most unique flavor on the list after the Atomic Chronic. It had those very San Francisco dessert terps that made Cookies and Gelato famous in the first place but there is a lot more going on too. One of the big winners at Greenwolf’s Zalympix last month, Heavy Fog #4 bumped the already reputable LoKey Farms into the stratosphere as they looked around the podium and saw some of the biggest names in weed next to them. And it was absolutely well deserved. We had Heavy Fog #4 as the gassiest smelling and prettiest looking nugs of the 16 Zalympix entries. Expect to see it on shelves all over soon. 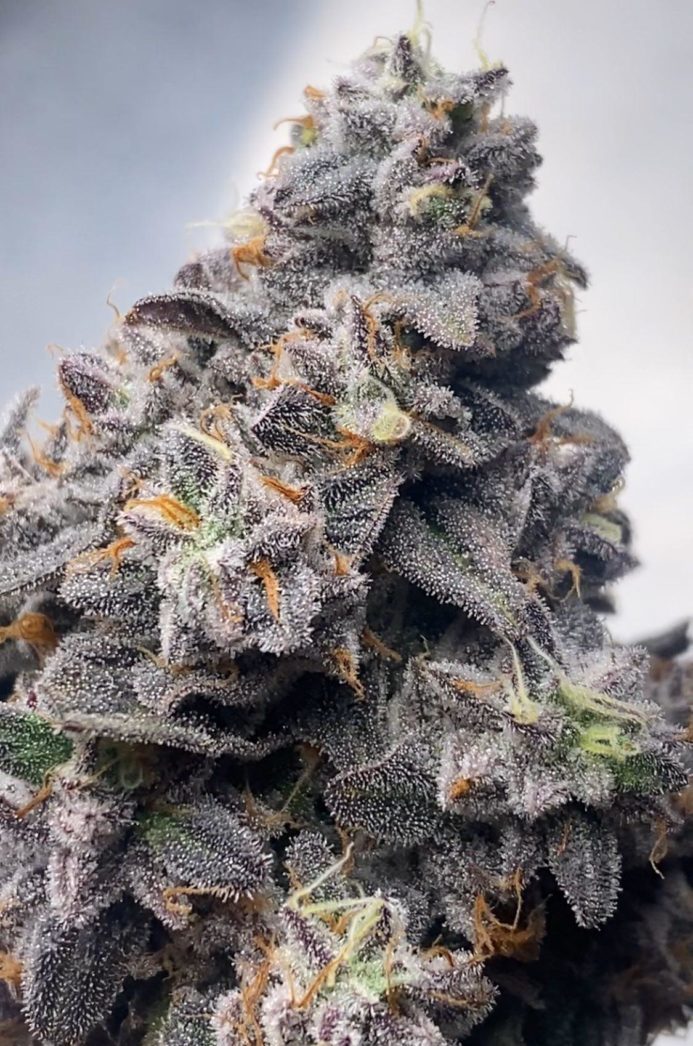 The Biscoff is a fantastic pairing. The parents are a pairing of Biscotti x Bloodline crossed to Gelato 41. Pheno #85 was the winner from a 250 seed hunt. The CaliX team told us they made the selection due to its consistent heavy resin content, THC, and complexity of flavor. They argued the flavor was similar to Cantucci Gelato, followed by straight petrol. We found that to be a fair assessment.

A Sneak Peek At Somebody Feed Phil: The Book