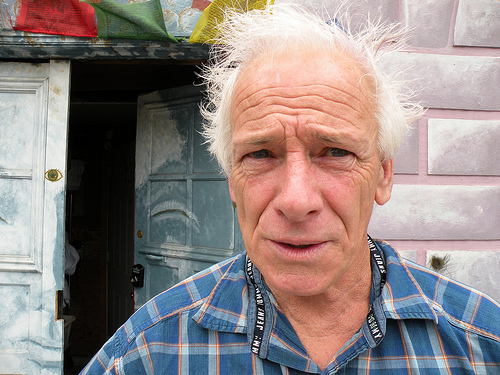 While Dennis Peron has found himself a folk hero of cannabis legalization, the man who galvanized the AIDS community in California to back medical marijuana in 1996 was far removed from being pro legalization.

We spoke to Gieringer, one of the co-authors of Proposition 215, about the legacy of those AIDS activists in San Francisco.

“You know Dennis led it, he really did, and I think without him it wouldn’t have happened,” Gieringer told L.A. Weekly. “The other AIDS activists, and I would say most people that worked for Dennis, had been involved in gay activism before. Dennis had been pretty active in the gay liberation movement before.”

So at Peron’s disposal, there was essentially a weathered group of activists?

“Yes. Then of course they were hit by the AIDS epidemic,” Gieringer replied. “But thinking about the initiative and who collected signatures, who put money in, which was hardly anybody. It was Dennis’s circle. I mean Dennis certainly got support from the wider AIDS community in San Francisco.”

Peron himself lost his partner Jonathan West to the AIDS epidemic. In one of Peron’s court appearances over the years, West’s AIDS diagnosis was what got Peron off.

Gieringer explained that the gay community had been pro-pot all along. “It’s sort of the same issue, freedom of bodily choice.”

I asked Gieringer how big the actual circle of activists Peron called on was.

“That’s a damn good question. We would bring out hundreds of people,” Gieringer said. In addition to those moments he called on his peers for support, it was basically an open door policy at Peron’s Castro Castle.

“And the number of people he sold dope to, I wouldn’t even attempt to count. He knew all these people by their first name, and they would come out for him. So if Dennis had a rally for some reason there would be a few hundred people out there,” Gieringer said.

Gieringer notes it’s hard to keep track of the exact number of activists that took part because Peron hated keeping things on paper, as not to incriminate himself or others.

“Dennis had his fan club, and those were the people that could collect the signatures,” Gieringer said. “He was very capable of collecting 16,000 signatures we needed to get on the San Francisco ballot in 1991. He was worth like four or five petition gatherers himself. Most people would go out with a clipboard and paper, he’d go out with like four and have people signing all of them at one time. He was twice as good at petitioning as anyone else I ever met.”

But Peron still relied on the community around him to bring in those thousands of signatures.

Gieringer went on to note physician Marcus Conant was another AIDS pioneer who played a big role. “He was a very respected expert on AIDS primarily, but he also early on appreciated the value of medical marijuana in treating AIDS,” Gieringer said. When the feds threatened to arrest doctors for recommending medical marijuana Conant took a lawsuit all the way to the 9th Circuit. It won.

Gieringer called Conant a hero of the cannabis movement and AIDS epidemic.

Dennis would famously take a progressively less favorable take on legalization over the years, eventually coming out against Proposition 64 over the devastation medical cultivation collectives would and did see. As Chris Roberts of Forbes notes, it’s especially ironic seeing Peron used as the poster child of legalization now two years removed from his passing. But you certainly could argue Peron helped kick the legalization snowball down the hill whether he liked it or not. Whether by passing Prop. 215 or showing what a “legal” cannabis storefront could look like.

We asked Gieringer about the legalization controversy in Peron’s twilight years.

“Well a lot of people shared Dennis’ concerns. I shared Dennis’s concerns. I got to say, Prop. 64 was controversial amongst the hardcore activists that had been around for a while. We got flak, we lost members over endorsing it.”

“I understand Dennis’s misgivings about it,” Gieringer said. But eventually, California NORML would support Prop. 64 due to the criminal justice aspects. As we’ve seen with a ton of expungements around the state, those mechanisms in the law have been successful.

With the statewide effort, Peron had connections to the Los Angeles cannabis activism scene. After using his San Francisco activism force to help Jack Herer gather signatures for his efforts to legalize marijuana, Peron asked Herer to take the year off. “Dennis was urging Jack to stop doing his initiative for just one year in order to give Dennis a chance to push a medical-only initiative, and he did not want competing initiatives because every single year that Jack did his initiative,” Todd McCormick, who is more famously known as the Pot Prince of Bel Aire, told L.A. Weekly, “Dennis and the gay community always helped to gather signatures for Jack’s effort, this time, he wanted Jack’s help.”

The evening’s moderator Etienne Fontan provided L.A. Weekly with a fresh scan of the historic shot. The final man in the photo wearing the hat is Richard Davis of the USA Hemp Museum. McCormick snapped the photo.

Dennis has also made it south on other occasions to help the cause.

“Back in 1994 I had him and Mary helping me gather signatures in San Diego and I actually had brownie Mary making brownies with me in my own kitchen to give out to people,” McCormick said, “I fucking loved those people, they were some of my biggest inspirations.”

McCormick tried to pay homage to those inspirations as the cannabis world evolved around him.

“Eleven years ago when I was advertising my THC expo at the L.A. Convention Xenter I created a rainbow-colored advertisement and ran it in all of the happy newspapers, thanking the gay and lesbian community for their hard work and dedication, for if it were not for their work we would not have had medical cannabis where it was back then,” McCormick said.

Whether Peron liked it or not, that activism of his community and wider circle of advocates is the root of today’s modern cannabis industry.