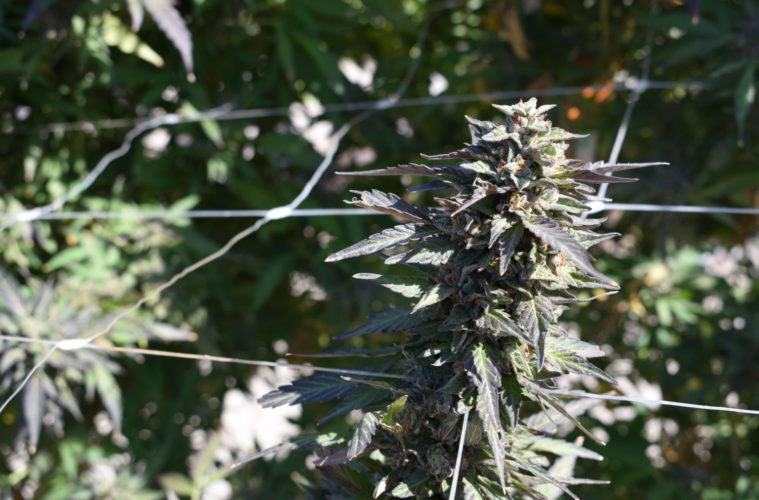 The Emerald Cup champs at Connected just scored a $30 million round of funding to help them grow even more heat.

The announcement of the new funds came just after Connected took home the inaugural indoor flower prize at the Emerald Cup. It can’t be overstated what a massive honor this was, but things have already been popping at Connected since the medical era.

We talked with Connected’s CEO Sam Ghods about what the new cash means for the company’s expansion efforts that have already seen them successfully enter the Arizona market.

The chat started with the cup win. “You know, we’ve always had a tremendous amount of respect and great experiences at Emerald Club. And so to be able to win the indoor, the first time they did an indoor cup, was really rewarding and deeply appreciated,” Ghods told L.A. Weekly.

We asked Ghods how much the company’s latest accolade helps when trying to get more funding to keep up with their ongoing efforts to produce more and more flowers. Every morning their sales team puts out the word of what’s available and it’s quickly scooped.

“It definitely helps,” Ghods replied. “But what’s really special about us is we’ve oriented the entire company around the pursuit of the best quality flower in the world. So accolades like this are amazing recognition, but fundamentally, this is what we’ve been doing for years and what we’ll continue to be doing for years to come.”

So it’s almost like a third party certifying the process they already had faith in?

“Yeah, exactly,” Ghods replied. “And so it just helps us get the word out there, even more, that what we’re doing is really unique and special in the industry.” In recent years, Connected wasn’t the only OG company to get the wind in its sails following legalization and then further with the pandemic weed boom. But there is certainly an argument to be made that they are amongst the best when it came to their consistency. It never felt like any of their marquee flavors dipped in quality. Year after year, they feature something new and exciting.

“The quality is something we will actually never compromise on. All of our growth and expansion is fundamentally limited by how can we not only maintain but even increase quality over time. So when we look at expanding in different states, the first question we ask is, can we bring the fire that we grow in California to these other markets?”

And if the answer is no, they don’t take that opportunity.

These were the same questions they asked themselves before entering Arizona. “We only made that move when we were able to bring our products,” Ghods said. “In other words, our genetics, our cultivation quality, our team, all the way through to our sales, marketing and distribution to, you know, effectively replicate the same product.” We asked how much climate, specifically the desert, plays a factor in expansion plans. Ghods said they’re working on that issue now. “We’re looking at both airtight and waterproof jars that we that we’re planning to launch,” he said.

Ghods told us that now, with the cash in hand, they’re looking to multiple states for the next to come under the Connected umbrella. For Ghods and the rest of the team, some of the most interesting opportunities are Nevada, Michigan and Florida.

Connected is always doing a ton of R&D in their grow rooms. How far out LED lights are from being able to compete with the nicest HPS lights on the market?

“I think it’s inevitable, but still probably a few years out to achieve the level of quality that we’ve traditionally found with HBS,” Ghods replied.