The new documentary film on the painter and sculptor Fernando Botero is not necessarily about bringing unknown facts to light. Botero after all is one of the single most recognizable art-world names with one of the most instantly identifiable styles in the world, and his life has been well chronicled for several decades. Instead, it brings the sense of a long and personal dinner conversation with the artist and his family, in which his perspective on the events of his life and career unfold over many pleasurable courses.

In fact this is more than a feeling, it is fundamental to the structure of the film, which features extensive interviews not only with the artist himself, but each of his three grown children in turn and all of them together. It begins and ends with dinner scenes, visits Botero’s painting and sculpture studios and even a long-unopened storage locker of early works and sketches. The children are a huge presence, and their close family dynamic and interwoven perspectives on the life events that have informed Botero’s work add a rich dimension that goes beyond scholarship to instead engage the audiences on a cultural and emotional level. 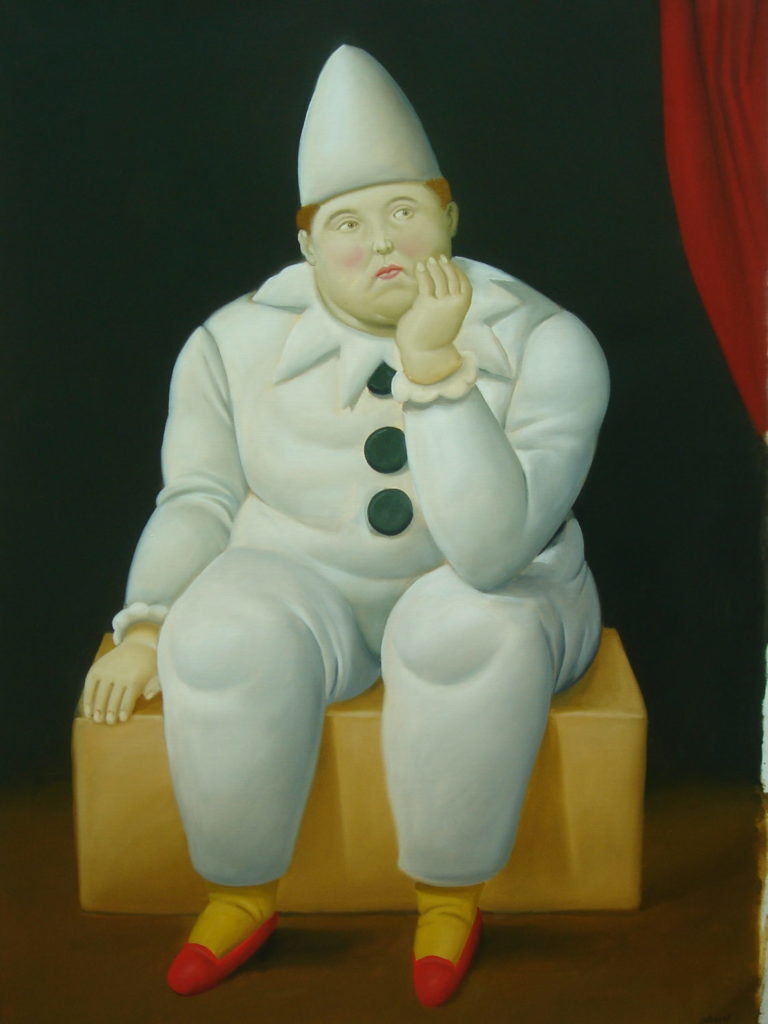 Which is exactly how the art itself functions, as with very deliberate intention Botero has been equally concerned not only with his own art historical ambitions, but with fostering emotional connections between people and works of art. While this has sometimes run him afoul of art-world trends that embraced rigorous conceptualism, dismissed narrative, and were skeptical of beauty, Botero never wavered from his singular stylistic evolution. From his native Colombia to Europe and back, then to Mexico in the 1950s, New York City in the 1960s, Paris in 1971, and Michelangelo’s old town in Tuscany around 1983, Botero has lived in a constant quest for the inspiration and guidance that comes from contemplating the work of Old and Modern Masters. But throughout it all he has been equally tethered to the influences of tradition and politics. As the film illuminates the multiple streams of influence on his style that include folk art, Marxism, Cubism, and Renaissance-era color theory, Botero states with authority that, “For art to be universal, it has to be local.”

His sensational early paintings riffed on masterpieces from art history like the Mona Lisa, as well his portrayal of Latin American civic institutions, demonstrating both reverence and satire. In the film he speaks eloquently about the role of humor in art, identifying it as a point of access for the viewer, just like beauty. And just like pleasure, he is certain that sensuality can coexist with critique. In fact it was the disruptive hybrid of beauty and violence in his Abu Ghraib paintings that made them so impactful. For Botero, this is one way that art functions within the collective memory — by focusing our attention and creating shared imagery through which to remain connected. BOTERO includes original footage shot in 10 cities across China, Europe, New York and Colombia, at times chronicling truly groundbreaking exhibitions — such as the 20-plus city installation of his monumental sculptures in 1992, and his very hands-on establishment and design of the Museo Botero in Bogota which was his gift to the nation. They also mine decades of family photos and archival video and speak to the family as well as an international lineup of art historians, curators, academics and even politicians.

The film opens at Laemmle’s Virtual Cinema on May 29. For more information visit boterofilm.com.