It Speaks to Me: Mark Bradford / Mark Rothko; Credit: Courtesy of the author

Book Pick: Jori Finkel’s It Speaks to Me Conversation and Signing at the Hammer

When it comes to decoding art history, the manifestation of influence and inspiration is always a huge part of the story. How does an artist’s career, a community movement or even just a single work of art trigger the imagination of a peer, student or admirer from up close or across centuries? Good question, and art journalist Jori Finkel is here to help answer.

In her sparkling new book, It Speaks to Me, Finkel speaks to acclaimed artists from diverse mediums, styles, and nations about specific works of art that had unique impacts on their own creative development. As Finkel describes in her introduction, the selection criteria are plainly idiosyncratic and personal, but also serve an agenda of accessibility — both cultural and logistic. So after two decades as an art journalist, she began with artists that she wanted to hear from on the topic of inspiration.

Having chosen 50 artists in this way, she asked each, as she says, not for their “favorites work of art” per se, but for their favorites from permanent collections in public institutions in their own hometowns. The idea being that these works had early influences on the artists, and that folks would have a chance of seeing them in person in the cities around the world where they reside, or to where they might travel. The texts, in the artists’ own words, touch on art history, family life, philosophy, memory, desire, identity, and formative rebellion. 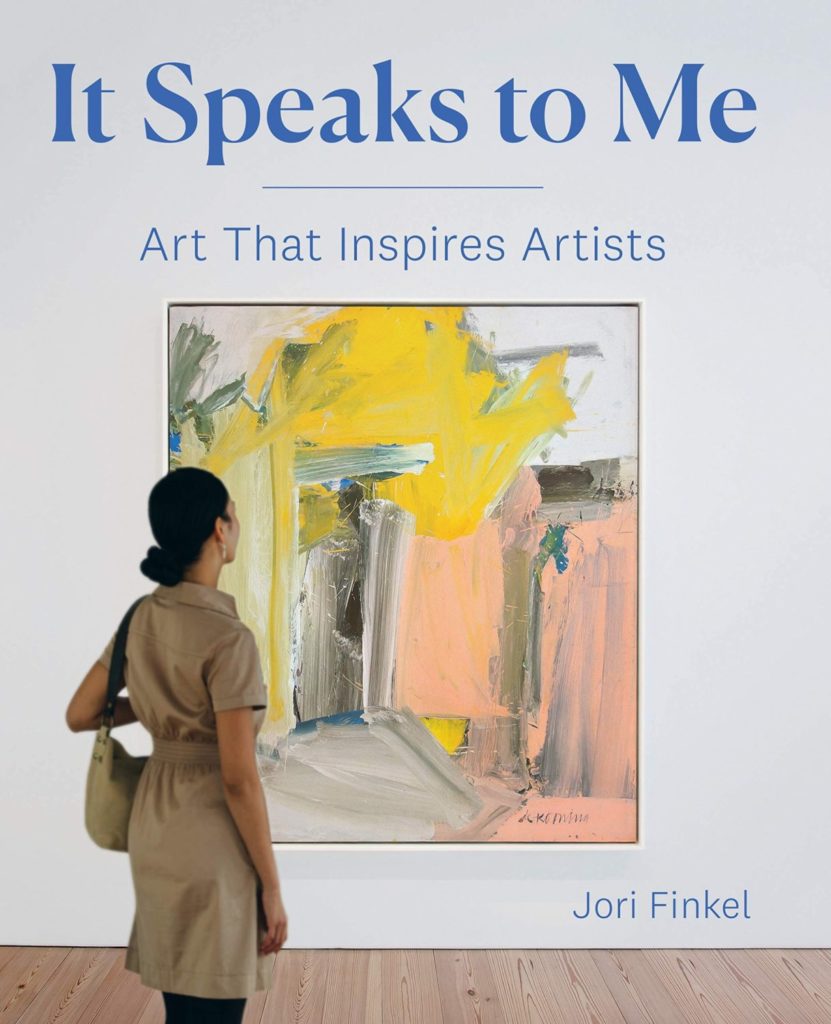 As celebrated ceramicist Edmund de Waal shares of his love for a 17th-century oil-on-oak painting by Pieter Jansz. Saenredam in London’s National Gallery, “It might seem a bit wayward to choose Saenredam because he wasn’t Rembrandt or Vermeer or Pieter de Hooch … But I’ve loved his work since childhood. You can’t legislate what really matters to you.”

In this way we are treated to Mark Bradford discussing the evolution and later questioning of his appreciation for a Mark Rothko at MOCA, Ai Weiwei for a Shang Dynasty jade in the National Museum of China in Beijing, Candida Hofer on a Roy Lichtenstein still life in Museum Ludwig in Cologne, Shirin Neshat on Alice Neel’s portrait of Andy Warhol at the Whitney Museum, Shinique Smith on Robert Rauschenberg “Canyon” at MOMA, and Rikrit Tiravanija on Montien Boonma’s “Venus of Bangkok” at MAIIAM Contemporary Art Museum in Ching Mai, Thailand.

The book is must-read material for anyone interested in how art history shapes itself across time, place, and the lives of individuals. But for extra insight, Finkel is joined in conversation at the Hammer Museum on Thursday evening by Smith and Tiravanija, both socially engaged sculpture and installation artists whose powerful work was itself once the spark of ideas that came from legacy. Coffee and book signing post-conversation.