Book of the Month: Stanley Donwood’s There Will be No Quiet

There Will be No Quiet (Abrams)

Fans of Radiohead will already be familiar with Stanley Donwood’s work, even if they aren’t familiar with his name. From the sophomore The Bends in 1995 right up to 2016’s A Moon Shaped Pool, graphic artist Donwood has created all of the sleeve art for the English art-indie band’s albums, with 1993’s Pablo Honey debut the only exception.

It’s rare for one artist to work with a band for such a long time — a quarter of a century and eight albums in this case. Especially when you consider the nature of this band in particular, and their constant desire to do something new, to step into the unknown. That speaks volumes about their faith in Donwood, and a flick through those eight albums reveals that he was been evolving with the band. Casual observers could be forgiven for thinking that, for example, OK Computer was designed by an altogether different person than Hail to the Thief.

What we have here isn’t so much Donwood’s journals of those times, but his recollections. He admits at the start that some things might be incorrect, because he doesn’t remember everything. What are present and correct are his sketches from each period. Thanks to that, we get to see the Radiohead sleeves develop in front of us, as Donwood describes the process.

It’s a deep dive, and one that is usually taken by visual art aficionados rather than music fans, but in this case the images are so closely tied in to Radiohead’s work that the many who worship that band will get a lot out of this weighty tome.

The very first sentence of the preface reads, “It is not at all easy to become an artist and it’s not something that I’d advise, even though from a distance it looks like a fairly relaxed course of action.”

This is such a fitting way to begin the book, as it speaks to the frustration and anguish that an artist such as Donwood endures when creating. There’s also a stream of consciousness contribution from Radiohead frontman Thom Yorke, which pairs nicely with Donwood’s opening sentiment.

“Was having a spot of bother hearing voices in my head. I cut my hair with the scissors of a pen knife. Was difficult to work with. The guys that Stanley take me into town to ‘get some air’.”

Right there, we see how closely these thoughtful, challenging artists are tied together, and the partnership has resulted in some mind-blowing work.

This is a book that you need to spend time with. Donwood writes that he likes to paint over the course of a few nights, rather than all at once. Readers should take note — this isn’t a cover-to-cover experience, but rather one that you need to immerse yourself in. But the rewards are glorious, and it offers fresh insights into albums and their visuals that you may have thought you already fully understood. 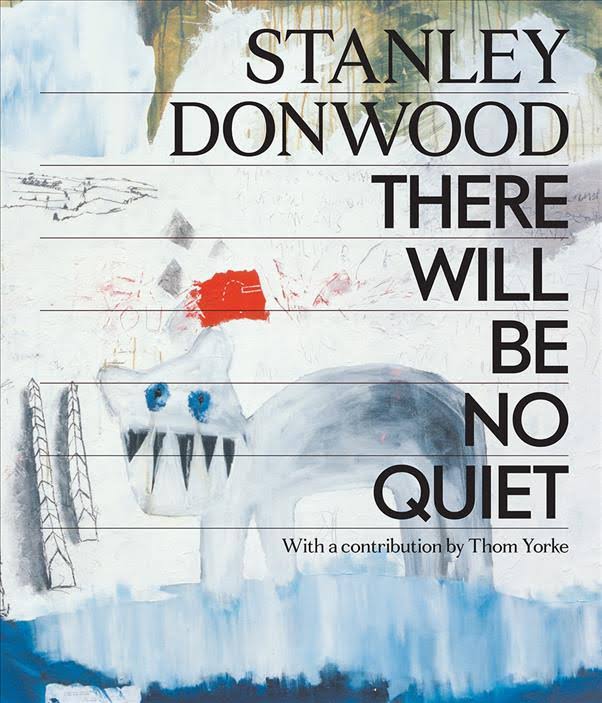