A good child will provide their mom with drugs regardless of dates and made-up holidays, but for those who like to do it on Mother’s Day, we’ve got you covered with the finest cannabis in Los Angeles this weekend.

With the exception of one hype cut we wanted to be the first to tell you about, everything here is available around town and well worth your money. Whether mom likes her full-bodied indicas or something a little bit more fast-paced, you’re sure to find something she’s going to love almost as much as her favorite kid. 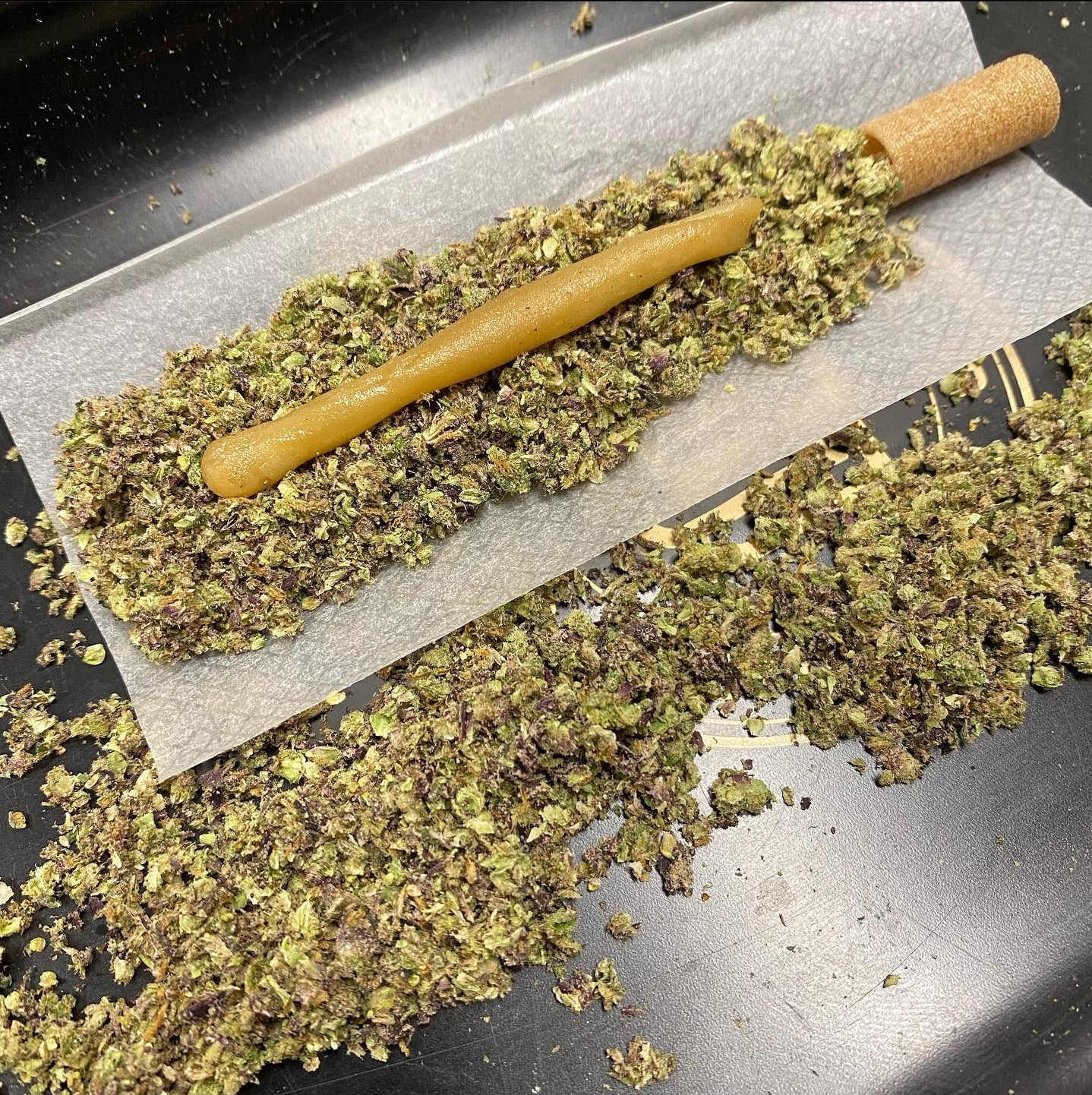 While not one of our traditional strain picks right off the bat, Fidel’s new pre-rolls are getting high praise across the industry. These handcrafted pre-rolls are loaded up with rosin. Both the flowers and rosin were both produced in Natura’s wildly high-tech greenhouses he visited last fall as they prepared to drop their first harvest. After seeing the entire facility for ourselves, seeing how nice the rosin looked that actually went into the pre-rolls, and a wide set of reviews, we are wildly confident your mom would love a Hash Hole this year. Blue Face is one of the latest elite genetic creations to come from the team at L.A.-based Seed Junky. This version was hunted down up north by the champions at Fig Farms. The strain brings together the ultra-gassy Face Off OG with Seed Junky’s famed Animal Mints. Fig Farms has done a lot of spectacular work with the Animal Mints line over the last few years, it’s no surprise to us the Blue Face smokes like they knew exactly what they were doing the moment they got their hands on it. This is one of the more full-bodied options on the list, but it’s not quite drowsy.

Our latest favorite offering over at Greenwolf is the ZRuntz from the newly rebranded killers over at Original Z. This new flavor brings together the class Strain Formerly Known as Zkittelz with Runtz. We’re pretty sure this is our favorite new offering from the Original Z. In addition to supporting brands dealing with haters in the candy industry launching weed companies on the side, you can meet OHGEESY! The L.A. artist/entrepreneur is launching his new “Off the Xotics” line in celebration of his new album dropping later this summer. He’ll be at the Bellflower location from 2 p.m. to 5 p.m on Saturday. One of the latest creations from Compound Genetics, this one is an absolute banger. Grapple Pie brings together the elite pheno of Grape Gas they’ve been mixing with everything and a rockstar Apple Fritter pheno from NorCal Genetics. When we rendezvoused with NorCal Genetics earlier this week, it stood out against a pack of amazing fritter and Chivo variations anyone would love to smoke. The flavor is a new take on grapes, apples and gas mom is sure to love, but this is the only thing on the list not available to the masses yet. Keep an eye out for it to explode onto the scene in the not-too-distant future. The fifth-place winner of the Emerald Cup’s inaugural indoor competition is only available in a handful of dispensaries across the state. It’s some of the best panic attack weed out there outside of the best rare Sour Diesel cut that smells like a gas station. This particular version of Trainwreck has been an elite Sativa in the state for some time, but it has a much lower volume than some of the upbeat strains we’re more familiar with. That’s just all the more reason to get over to LAPCG and scoop some if you see it on the menu. It’s going to be a lot tougher to get your hands on from here on out. Make sure to explain your dedication to mom when you hand her the jar.