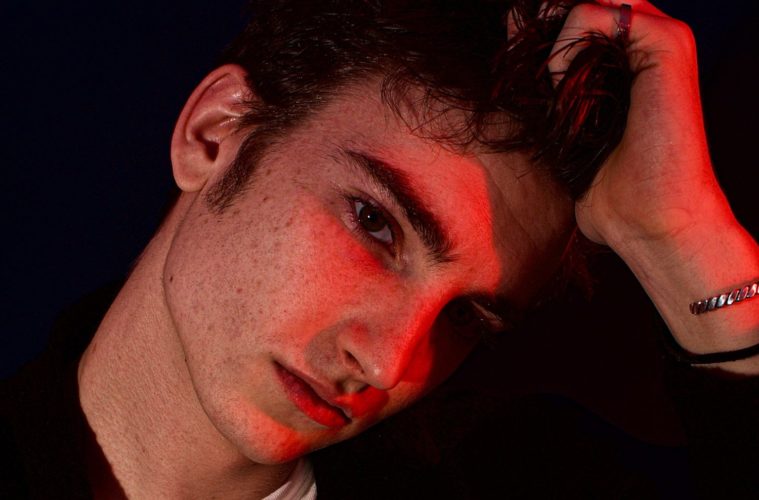 Icarus Moth Tells the Slow Truth: New York artist and sound engineer Icarus Moth started writing music when he was old enough to play the piano, but things got really serious when he discovered FL Studio at the age of 12 (he’s 25 now).

“Any time I learned a new piano piece I would improvise on it, which led to me songwriting, but after discovering electronic music in the early 2000s (the days of Tiësto, DJ Dean, DJ Sammy, etc.) I developed a pretty serious drive to create it myself,” he says. “Experimenting with virtual synthesizers and effects took the place of video games in my teenage years and I haven’t put them down since.”

Now, he says that his sound is ever-changing.

“Since my door into music was through a piano I like to be more hands on (pun intended) when it comes to creating music these days,” he says. “Don’t get me wrong, I love being able to pull out my laptop on an airplane and start creating but being surrounded by instruments that I can use to add a little humanity to my music gives me a lot of inspiration. My favorite electronic artists have a very organic sound so I’m always trying to make my electronic sounds feel more alive and my acoustic sounds feel more electronic.”

The artist says that different corners of the electronic music umbrella were affected differently by the pandemic and lockdown.

“Some artists (especially the younger ones) aren’t really playing shows yet and that loss of income and outreach doesn’t have as much of an impact, whereas these groups that tour year-round are definitely impacted pretty severely,” he says. “I’ve noticed an increase in these sort of homebrew ‘bedroom studios’ which are essentially one young person operating like a full production house, which is changing the game. For me personally, the pandemic’s effect on my mental health had a bigger impact on my music than the loss of live shows. I think that is one that any artist regardless of genre felt/feels during this time. I’m optimistic for the future here though, the pandemic has forced us to get really creative about how we share and display our content and there have been some awesome new ideas that won’t be going away once we return to normalcy.”

Icarus Moth’s latest single is “Slow Truth,” which sees him team up with electronic/rap producer DEFFIE and R&B singer/songwriter Ehiorobo.

“Ehiorobo actually recorded that song himself a little while before I reached out to him and Deffie to get together,” he says. “I was traveling to L.A. to work on music with some other artist friends and wanted to get in the studio with DEFFIE. Since things move fast when you’re trying to cram a lot of music into a short period of time, I wanted to set something up for us to work on and immediately thought of Ehi. I reached out to see if he had some toplines for us to work with and ‘Slow Truth’ was the one that resonated with DEFFIE and I the most. I wish we all could have been in the studio together but DEFFIE and I whipped up the beat and I brought it back to NY with me for Ehi and I to get final vocals.”

Ehiorobo adds: “‘Slow Truth’ is like a futuristic blues/pop record about keeping it together and dancing through bad news and misfortune. It has the storytelling depth and prose for headphone listening, as well as low end, percussion, and sound choices meant for dance floors. The track definitely fuses a few key aspects of pop music that uniquely inspire each of us that made it.”

Looking ahead, Icarus Moth has more releases in the pipeline.

“I have a few releases planned to follow up ‘Slow Truth’ and a few that still haven’t found a home yet,” he says. “Last month (August) Ehiorobo and I got to play a show in Brooklyn, NY and got to share a new song we are close to finalizing. Hopefully you’ll all be able to hear that one really soon! I’m always keeping my eyes on the pandemic so we will see what the future holds for live performances. An Icarus Moth EP is constantly being worked on but you’ll see a few singles before that for sure.”

Icarus Moth Tells the Slow Truth: The “Slow Truth” single is out now.