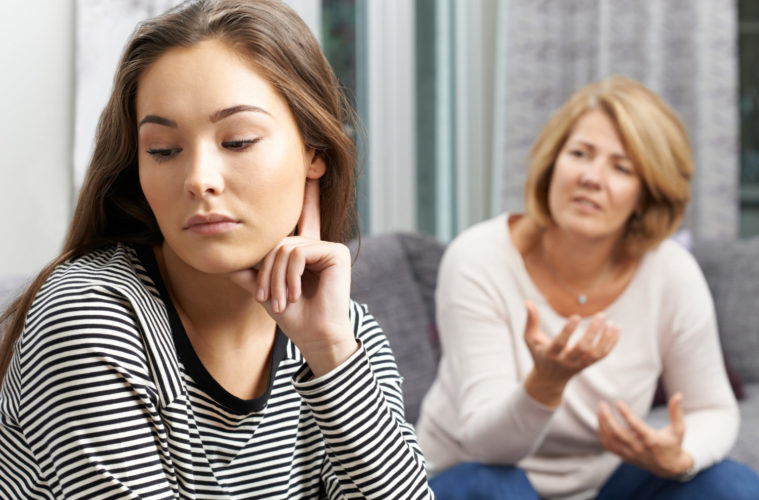 When Kids Cancel Parents: Child Estrangement On The Rise

Not everyone is spending the holidays with their family right now. Some parents won’t be seeing their kids this Christmas because of child estrangement. Many of these adult kids would rather spend it alone instead of seeing their parents for various reasons.

A study made by sociologist and gerontologist, Karl A. Pillemer found that at least 1 in 4 Americans is estranged from at least one of their parents or child. Several factors could lead to a child wanting to cut off communications with their parents.

Children treat communication differently than adults do. Many of them don’t understand the value of it, are too afraid to speak about it, or the topic or situation they’re going through is too difficult to talk about. Thus, many prefer to open up about their problems to people their age. This is sometimes frustrating to parents, and oftentimes, sadly, forcing a child to speak up can lead to arguments. As a result, children start to resent their parents.

Parents who are busy with work and other endeavors don’t always get to spend as much time with their children. The longer the lack of communication goes on, the more distant the child becomes. Hence, why there are incidents where a child finds solace in people they spent time with during their parent’s (or parents’) absence.

There are times when a child would disagree with their parent’s values, lifestyle, and beliefs. The once-fine line between the left and right political spectrum is now much thicker. According to research, “Millennials remain the most liberal and Democratic of the adult generations”— the previous ones, not so much. Assuming the parents fall into the Gen X or Baby Boomer generation, they’re likely to have opposing views on politics that can lead to fights that are so bad, the child may want to cut off ties with their parents.

Millennials and Gen Zs are also less likely to be tied to a religion compared to the preceding generations. Sometimes, when the younger ones refuse to participate in religious practices or ideologies, it puts a strain on the parent-child relationship.

The younger generation also tends to live a more liberal lifestyle. Topics about race, religion, and sexuality are now more openly discussed compared to the decades before. A number of parents, however, see this type of diversity and worldwide acceptance as taboo, disgusting, or sinful.

Parents with more than one child oftentimes find it difficult to ensure that they treat their children equally. Unfortunately, some don’t bother at all as they indeed prefer one child over another. Because of this, feuds ensue— sometimes to the point where the less favored child ends up not wanting to do anything to their parents or siblings.

It’s a well-known fact that abuse can cause mental problems in a person’s future. A harrowing census by the Centers for Disease Control and Prevention reveals that 1 in 7 American children has been a victim of maltreatment and it’s “likely an underestimate because many cases are unreported.” They added an even more disturbing statistic, “In 2020, 1,750 children died of abuse and neglect in the United States.”

If a child is a victim of abuse and is away from the parent, (whether or not they’re on speaking terms) they’re rightfully exercising their need to stay safe and to stay away from the perils their parents can inflict upon them.

Mental illness does not discriminate. It knows no race, age, or gender— it can affect anyone. That said, it could either be the parent or the child that can suffer from it; and child estrangement can be the consequence of it.

Not everyone can recognize the signs and symptoms of a mental illness. When a person suffers from a form of it, thinking is compromised and they’re unsure how to solve it (sometimes, neither do the people they interact with). Unless the other party recognizes that there’s a problem, many parent-child relationships drift away into nothingness as neither parent nor child realizes that professional help can alleviate the problem.

Reconciling With Your Child

Getting back in touch with your son or daughter can be intimidating especially when it’s been a while since you last spoke to them. Before you reach out to your child, you must first come to terms with yourself. Understand why your child refuses to communicate with you and internalize that fact.

If you’re the one at fault and you recognize it, deeply think about how you plan to apologize to them. If you’re not ready to do so, then it might not be the time to reconnect with your child. Be sincere with your apology if you’re in the wrong.

Once you’re ready to speak to your child again, try not to dwell on the problem that caused it too much. Approach the situation with the idea that there’s finally a solution. Most importantly, don’t explain or plead your side as it may restart everything all over again.

It’s never easy when someone walks away from you, but it’s even worse when it’s your own blood you call “son” or “daughter.” There’s a growing number of child estrangement incidents in the US because of the differences in beliefs and lifestyle, and as fixable as that may be, some other factors that led up to a child not wanting to communicate with their parents can be as devastating as gaslighting or abuse cases.