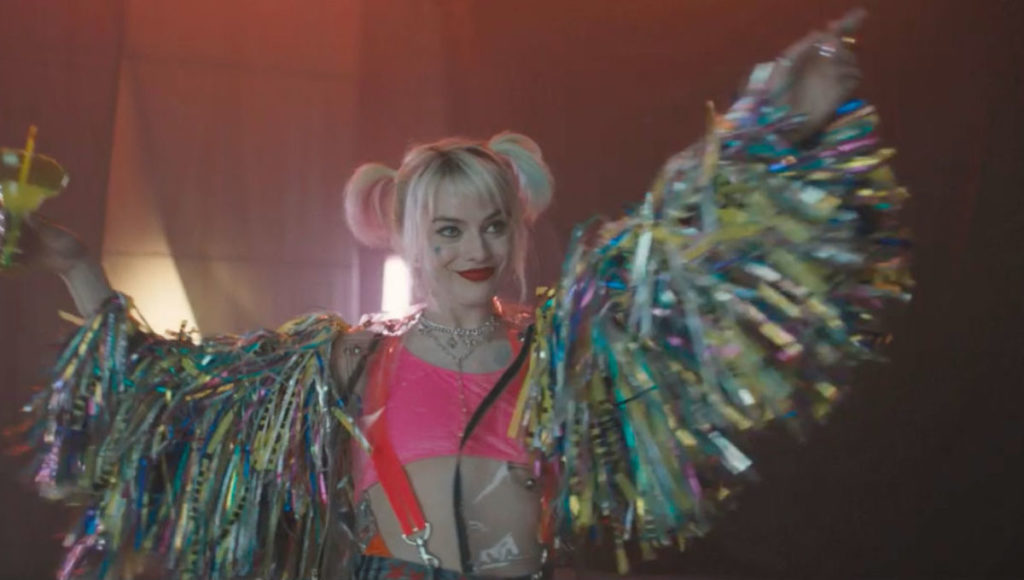 Birds of Prey—the eighth film in the DC Extended Universe—gives Harley Quinn, Joker’s gleeful ex, her own movie. Its star, Margot Robbie, a compellingly strange sight in her cotton candy-dipped pony tails and lunatic grin, also serves as producer in this follow-up to Suicide Squad in which Harley teams up with three other badass babes (Mary Elizabeth Winstead, Jurnee Smollett-Bell, and Rosie Perez) in order to take down local kingpin Black Mask (Ewan McGregor). Cathy Yan directs a screenplay by Christina Hodson. Read our review here. In the French countryside during the Second World War, a young shepherd boy (Noah Schnapp) witnesses the Nazis usurp his quiet village. With his father away, he befriends a Jewish hermit (Jean Reno) living in the forest who reveals he is responsible for smuggling Jewish children across the border into Spain. Based on a 1990 novel by Michael Morpurgo, Waiting for Anya is an earnest, straightforward drama that appeals directly to the heart. Anjelica Huston lends her formidable presence to the role of the widow who also leads the dangerous expedition. Ben Cookson directed. Monica Film Center, 1332 2nd St., Santa Monica, Fri., Feb. 7, various showtimes; $9-$12. (310) 478-3836. Canadian goaltender Terry Sawchuk played 21 seasons in the NHL and attained Hall of Fame status just a few months after his untimely death in 1970 at the age of forty. Goalie, a new biopic starring Mark O’Brien, is one of the best looks at the life of a professional athlete to come around in years, with equal time spent in the home as in the arena. (Sawchuk had seven children with his wife Anne.) Kevin Pollak and Georgina Reilly carry their share of the dramatic weight in this film directed by Adriana Maggs from a screenplay by Maggs and her sister Jane Maggs. Arena Cinelounge, 6464 Sunset Blvd., Hollywood; Fri., Feb. 7, $16. (323) 924-1644, arenascreen.org. Legendary cultural critic Susan Sontag’s debut feature, Duet for Cannibals, has rarely been screened since it first appeared in 1969. To celebrate its 50th anniversary, the UCLA Film & Television Archive has partnered with UCLA Library Special Collections for a special evening that combines art and education. First, there will be a presentation of highlights from Sontag’s personal papers (which the library acquired in 2002) that spotlight her dazzlingly intelligent writing on theater and film, as well as excerpts from letters, journals, and photos. Rounding out the evening is a screening of Duet for Cannibals, which resulted from a Swedish studio’s invitation to Sontag to produce an independent film in Stockholm. Restored by the Swedish Film Institute, the movie makes a fine companion piece to her writing and other ephemera. UCLA’s Billy Wilder Theater, 10899 Wilshire Blvd., Westwood; Fri., Feb. 7, 7:30 p.m.; $10. (310) 206-8013, cinema.ucla.edu. Dario Argento’s horror masterpiece Suspiria has been making the rounds ever since an uncut 35mm print surfaced in 2017. This Italian-language “extended cut” will screen once again at the Nuart at 11:59pm Friday evening, followed by a Q&A. Forget the 2018 remake; if you’ve never experienced Argento’s surreal journey through a ballet school run by a coven of witches, you’re missing out on an enduring work of pop culture and a genuinely frightening thrill machine. Nuart Theatre, 11272 Santa Monica Blvd., West L.A.; Fri., Feb. 7, 11:59 p.m.; $12. (310) 473-8530, landmarktheatres.com. UCLA Film & Television Archive invites John Sayles, a titan of American independent film, to the Billy Wilder to launch a career-spanning retrospective. The series begins with a double feature consisting of his directorial debut, Return of the Secaucus Seven, and Lianna, his sophomore effort. The former is a startlingly fresh character study about a group of political activists who reunite a decade after college. The film has been preserved by UCLA with funding from Anarchists’ Convention. The second feature is a subdued character piece about a thirtysomething divorcee (Linda Griffiths) who experiences a second sexual awakening. Sayles will appear onstage to reflect on the films in the context of his career. UCLA’s Billy Wilder Theater, 10899 Wilshire Blvd., Westwood; Thu., Feb. 13, 7:30 p.m.; $10. (310) 206-8013, cinema.ucla.edu.

And Then We Danced