There’s a battle brewing, and it’s being fought by streaming services, cable TV and Primetime television. Every week there’s a new “must-see” program to consider giving time to. But what’s worth the buzz and binge, and what needs to be bagged? We’re here to help- sharing what to hate, what to love and what to love to hate. In pandemic times, we need it more than ever. This week, reviews of HBO’s macabre monster-piece 30 Coins and Netflix fare including the sexed up Regency-era soap Bridgerton, Fran Leibowitz and Martin Scorsese’s gab-fest Pretend it’s a City, and the utterly shitty The History of Swear Words.

Bridgerton is Netflix’s latest sensation, and with good reason. The eight-episode series aims for something different, combining Regency era drama, an inclusive cast and explicit sex to create a world that’s both wanton and classic.

Based on the book series by Julie Quinn, and produced by Shonda Rhimes and showrunner Chris van Dusen, the show follows eight Bridgerton siblings and their widowed mother as they traipse their way through English high society. For the first season, the series focuses on young Daphne as she begins a will-they-or-won’t-they relationship with Simon, the Duke of Hastings.

Though Bridgerton is set in the early 1800s,  it’s very much a fantasy series. In this universe, King George III is married to a woman of color, and the show presents an integrated society in which people of all ethnicities have the ability to flourish…if born to the right family.

Some have taken issue with the show’s novel diversity, noting that Black characters are represented more negatively in the narrative, creating tension with the white characters. While the series does not elaborate on its decision to be inclusive, it is also not completely color blind, thus creating a slightly muddled message.

However, what Bridgerton lacks in a clear messaging it makes up for in hot, bodice ripping, can’t-even-make-it-to-the-bedroom physical action. There is enough carnal relations and fancy fucking in this show to make George Wickham blush. For a series based on a YA book franchise, Bridgerton has enough steamy sex scenes to put any dime store housewife dirty book to shame.

So while Bridgerton is not entertainment of the highest order, it is indeed entertaining. The drama, the court intrigue, and the politics all act as a prelude to a raunchy good time. The elaborate costumes mixed with high drama and extremely graphic lovemaking make it fun viewing, but definitely not family viewing. For folks looking for a whimsical jaunt filled with Empire silhouettes and corset-laden coitus in a drawing room, Bridgerton is just the ticket. Scribe and professional funny lady Fran Lebowitz has been a public figure since the ’70s, yet most folks under the age of 35 have no idea who she is. Her sardonic wit, acetic jabs, and unabashed take on life as a New Yorker has been a little lost due to the current tsunami of content that buries voices of a bygone era. But luckily for us, Martin Scorsese has come to the rescue.

Scorsese’s Pretend It’s A City is a seven-part docuseries that gives a platform to the modern-age Dorothy Parker in a bespoke blazer. And much like Parker had her confidants at the Algonquin Hotel in which to bounce ideas, Lebowitz has Scorsese’s camera.

New York is a consistently mutating entity, but Fran is a constant. In a city where landmarks come and go like a Guy Fieri themed-restaurant in Times Square, Fran is an enduring factor by which to measure change. Unapologetic and always incorrigible, Fran represents an era before cancel culture forced everyone to play nice. She rants, she raves, she smokes, she waxes poetic about the stupidity of politicians, and she lives her life not giving a fuck.

Had the limited series come out in any other time on any other platform, Pretend It’s A City would be a little-seen docuseries aimed at Lebowitz enthusiasts, lifelong New Yorkers, and people who either want to move to the East Coast or are in the process of moving.

This limited series might have been lost in the content abyss (especially for audiences who only know of the New York Dolls as an Urban Outfitters T-shirt option). But as it stands, people are consuming content like Augustus Gloop in a chocolate factory, thus giving youngins an opportunity to be indoctrinated into the church of Fran. They’re better for it. 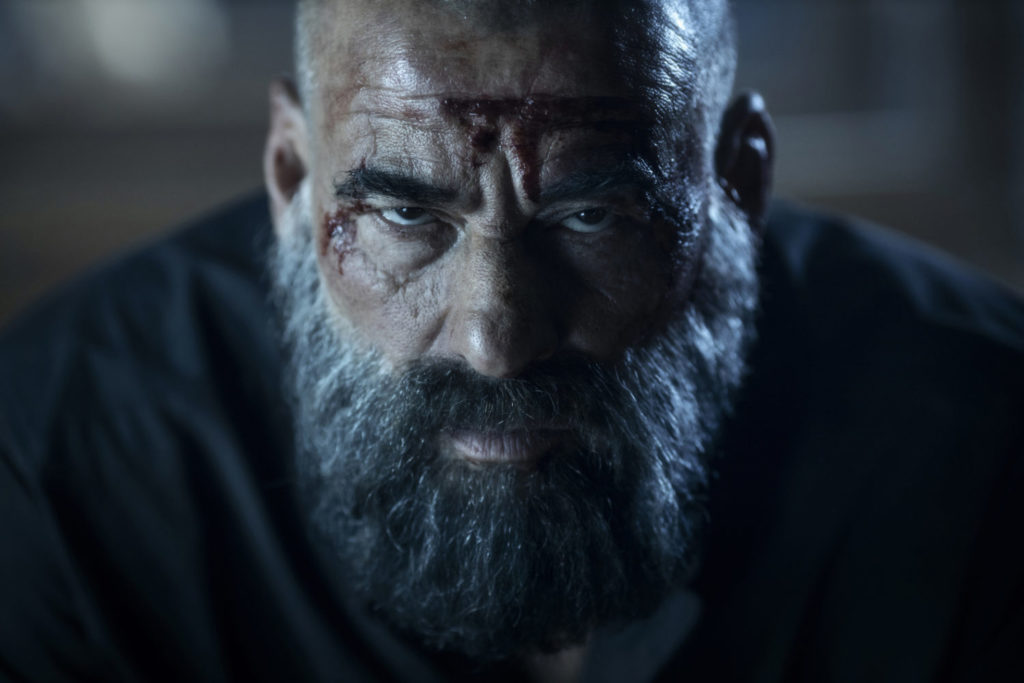 HBO Europe’s 30 Coins is a new terrifying trip from horror helmer Álex de la Iglesia, whose stylized modern “monster-pieces” The Day of the Beast and The Last Circus helped set him apart from the moviemaking splat pack.

The series follows the paranormal occurrences in Pedraza, a small town in Spain plagued by frightful figures lurking behind every corner. Combating the gathering forces of evil are a former exorcist (Eduard Fernández), the town’s mayor (Miguel Ángel Silvestre), and the local vet (Megan Montaner). But the real mystery at the heart of the show involves a set of coins, the history of which is laid out in the opening montage that illustrates in grisly detail the death of Jesus Christ. But with all the puzzles put forth by the thriller, the biggest mystery of 30 Coins is why aren’t more people talking about this series?

For horror hounds, this series is a celebration of all that goes bump in the night. It’s a dense trip into the darker side of the Bible, dripping in enough gore to make any creep fan smile from ear to ear. Over the top and a bit outrageous at times with its creatures and carnage, the show is a fun ride for folks who enjoy their drama blood-soaked. Even the opening credits will even leave audiences agog with a graphic depiction of the crucifixion.

In addition to the graphic violence, the series is elevated by its performances, writing, and de la Iglesia’s unique style. And while the show is not without its faults (the CGI can get a little corny and the melodrama a little telenovela at times), it doesn’t diminish the series for fans looking for a blasphemous good time. 30 Coins is a crowd pleaser for folks who take their faith from Fangoria rather than the Good Book. The History Of Swear Words / Netflix

A fucking unnecessary docuseries that managed to pull all the fun out of saying the work “fuck.”