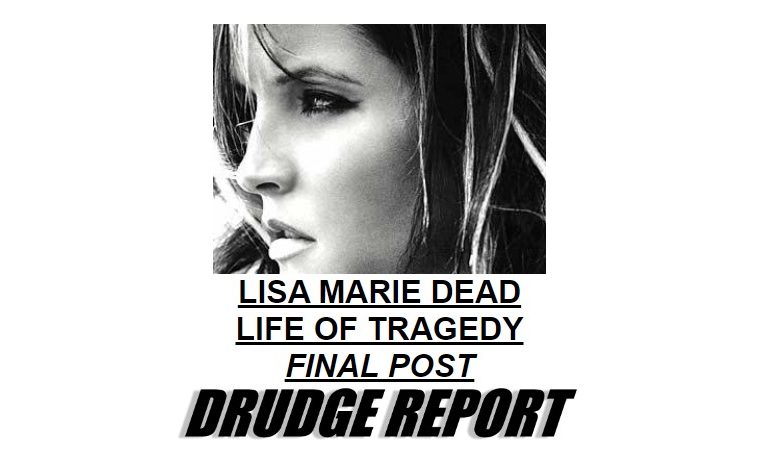 Screengrab of DrudgeReport.com via archive.org

Why is Drudge Report Black and White? We Investigate Matt’s DrudgeReport.com

It’s happened again. Drudge has switched back to the black and white image format on DrudgeReport.com, a look he seems to take up every few years on his news aggregating behemoth — long considered one, if not the most influential news site in the country. So what caused Drudge Report to take on the classic, somber black and white aesthetic? Let’s dive in-

When did Drudge Report become Black and White?

The change happened sometime between Thursday Jan. 12 and Friday Jan. 13, first with a black and white photo announcing the death of Lisa Marie Presley, with photos accompanying other stories remaining in color. 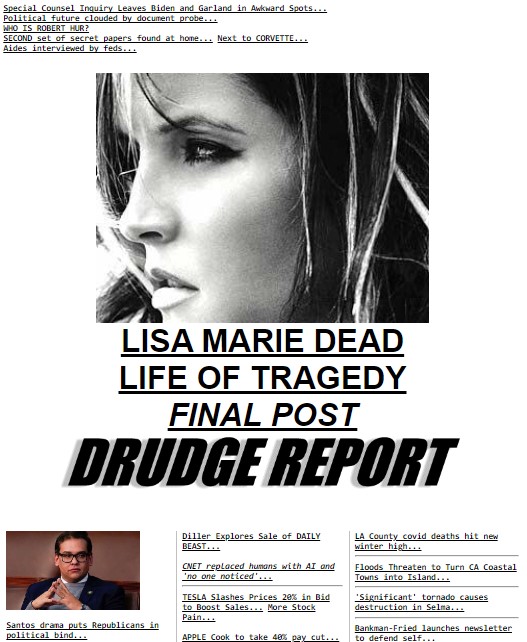 By later in the day Friday, all the photos on the site had become black and white, and the aesthetic has remained that way for almost a week now. 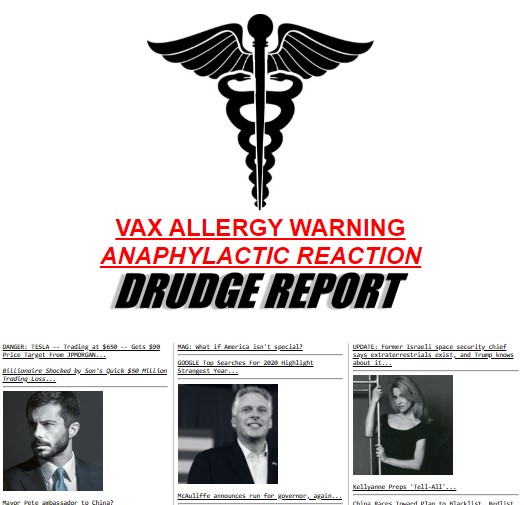 Why did Drudge Report go Black and White?

When this happened back in 2017, Mike Allen of Axios reached out to Drudge and got an instant response:

“We have clearly entered a historic era. It’s feeling like The Roaring 20’s this autumn with tech valuations at such hysterical heights. The socials, like Instagram Live, are alive with the spirit of Warhol. The sound of the atom splitting is looming over Korea. What’s old is new. So, black and white and read all over!”
-Matt Drudge, Aug. 2017

At the time, Drudge ran the headline “NUKE YOU” with a picture of Kim Jong-un overseeing a what looks to a nuclear launch — signifying a time of flaring tempers between North Korea and the west.

The 2020 B&W run coincided with the release of the covid-19 vaccine — but it’s hard to know what about that time Drudge found particularly historic. Maybe he was foreseeing widespread adoption of the jab to be momentous for history.

With this 2023 round, Lisa Marie Presley’s death is our biggest clue. Drudge has long had an affinity for female singers and pop stars, most notably Lana Del Rey, who the site fixates on and boosts. Both Adele and Britney Spears have been the subject of significant coverage.

Our speculation is these black and white ventures are Drudge’s version of Picasso’s Blue Period, which focused on somber colors to reflect a dour mood.

Or maybe Drudge, with all his newsy instincts and foresight, is subtly pinpointing this moment as us entering another “historic era.”

Wait, what is the Drudge Report and why does this matter?

Matt Drudge started Drudge Report as an insider newsletter that shared gossipy, sometimes hard to find info like TV ratings. He rose to prominence with his role in breaking the Bill Clinton / Monica Lewinsky scandal in the late 90s, becoming the go-to news site for many on the political right.

Since then, DrudgeReport.com has been one of the most visited sites on the web, garnering billions of page views a year, and is often ranked in the top 10 most visited news sites in the U.S., beating out many establishment competitors.

While most news sites go through design overhauls every few years, Drudge Report has remained nearly unchanged in its over 20 years of operation, and its design been the subject of a lot of conversation.

Matt Drudge himself is notoriously reclusive, alleged to live and run his site from Florida. Little is known about the innerworkings of DrudgeReport.com, but apparently it’s a small team — this Tablet writeup explores it a little.

Drudge is presumed to still be at the helm, but rumors online have suggested he sold the site sometime in 2019, according to a tweet by conservative leaning pollster Rassmussen Reports.

Drudge was highly influential in building energy around the Trump campaign in 2015-16 but seemed to turn against the former president later in his term, with many conservative figures claiming he’s abandoned the right.

Still, he recently ranked number 7 on Mediaite’s Most Influential in News Media 2022 list. And while other media figures have had their time in the limelight and have since faded, the lore of Drudge only grows, with two Matt Drudge biopics alleged to be in the works.