What’s The Difference Between HHC and HHC-O HHC is quite similar to THC if you are unfamiliar with it because both are psychoactive (may make you high); HHC, however, has several advantages because it is much more stable and frequently has a longer shelf life. Similar to how THC-O is converted into HHC-O acetate, HHC can also do so. We’ll break down the distinctions between HHC and HHC-O Acetate to help answer any questions you may have regarding this procedure.

HHC-O Acetate: What is it? 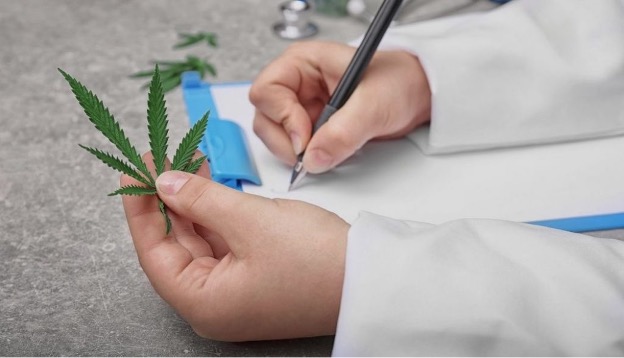 The chemical components of the cannabinoid HHC are altered during a procedure that converts it into an acetate. Better, more durable, and more potent cannabinoids are created as a result. Any time a cannabinoid ends in an “O,” such as THC-O or HHC-O, it has been converted into acetate.

Because an acetate product is typically more strong than conventional cannabis, you might prefer it. Although the majority of HHC-O or THC-O products will also contain other cannabinoids, such as terpenes or cannabinoids that are not acetates. To make the end result more enjoyable, this is done. You might not love the type of high you get if you purchase a product that simply contains HHC-O.

How Does an HHC-O High Feel?

You’ll find that not much research has been done to determine what kind of high a new cannabinoid creates, such as HHC-O, THC-O, THCP, Live Resin, and other types of Hemp. Therefore, it’s crucial to purchase your THC/HHC goods from a reputable vendor who can provide lab results.

Our HHC-O products are taken before bedtime, according to what our consumers have been saying. Although each person’s tolerance is different, most users have described a milder kind of high. This is likely a result of their potency; when a cannabinoid is high, it usually aids in putting you in the correct frame of mind just before bed.

Although the effects of HHC and HHC-O are remarkably similar, there are some significant variances in the overall experience. The strength of regular HHC cannabinoids typically lies between delta 8 and delta 9 THC. HHC-O, however, has a potency that can be up to 1.5 times greater than conventional HHC.

This implies that using HHC-O will likely result in a more similar experience to Delta 9 THC than using ordinary HHC. Additionally, because HHC-O is usually much stronger, your experience will probably be more Indica-heavy. The sedative-like qualities of the Indica strain are what make it more popular.

The overall advantages of HHC are less potent than those of HHC-O. Even while HHC is not THC, it behaves quite similarly to it, which can be a benefit for those who don’t have a strong tolerance to hemp products. This implies that you can have a comparable high from HHC as you would from THC.

The availability of HHC-containing products is another advantage over those that include HHC-O. Additionally, HHC-O is still regarded as a novel cannabinoid because of how little use it has received. HHC-O is regarded as being even more recent than its acetate version, which is still considered to be “New.”

The potency of HHC-O is its main advantage. If HHC doesn’t seem to give you a powerful enough high, you might want to try HHC-O instead. One crucial point to keep in mind is that THC generated from hemp, or HHC, won’t be as strong as conventional THC (Cannabis). Cannabinoids made from hemp are still strong; they are simply not as potent, for whatever reason.

When consuming THC or HHC derived from hemp, a common error is to consume large doses of it all at once. You might believe that since it is made from hemp, taking a lot of it is acceptable. However, this typically produces a very strong high that you might not like. This is particularly valid if you consume a consumable that contains HHC or HHC-O.

It may take up to an hour for the effects of the HHC-O to begin to take effect, so you may not immediately experience the high. Take your time taking HHC-O and give it a try before deciding to take more, is our recommendation. You’re prepared to test some now that you’ve learned a little bit about the differences between HHC and HHC-O acetate. The goal of mixing HHC + HHC-O is to provide a more pleasurable high, as we just explained. The entourage effect, as it is more widely known, is the result of the interaction of two cannabinoids, which results in a distinctive high.

Each Mango Madness Gummy contains 15mg of HHC + HCC-O. This indicates that each container has about 150 mg. You may be surprised to learn that getting high usually requires 3 to 5 milligrams of THC or HHC. Therefore, if you’re new to utilizing hemp, 150 mg of HHC + HHC-O is highly strong.

This Mango Madness HHC + HHC-O Gummies’ flavor is yet another fantastic feature. You receive a delicious, sugar-coated mango flavor that tastes like candy. They taste so good that it will be difficult to limit oneself to one. However, bear in mind their strength and the fact that it may take them up to an hour to start working. The potency is the main distinction between HHC and HHC-O Acetate. HHC-O is typically 1.5 times as potent as ordinary HHC. However, most goods, like our Mango Madness Gummies, typically combine the two to increase their appeal. Additionally, it’s crucial to keep in mind the high potency of both HHC and HHC-O. It is advised that you adhere to the directions on the packaging before becoming excessively high.