What is CBG | Another Cannabinoid enters the Fray 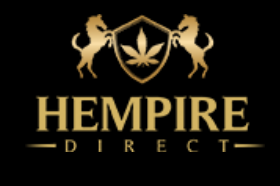 Different parts of the cannabis plant produce and secrete different chemicals over the course of their life cycle. THC, generally the best known of the cannabinoids, is only one of the three chemicals synthesized at its stage in the process, and different strains contain variable levels of all three. CBD is another well-researched cannabinoid that is known for it’s healing properties, and subsequent value in the treatment of many illnesses. Where CBD is known for healing, and THCfor its psychoactive properties, there are nearly 120 other chemicals known to be present in the cannabis plant that have either unknown, or barely known effects.

CBG is one of these cannabinoids, with its greatest concentrations observed in strains with low THC and high CBDcompositions. All three chemical compounds begin their synthesis as Cannabigerolic Acid (CBGA). Most of this is then converted into various amounts of CBCA, THCA, and CBDA as governed by the relative amount of their respective synthases, which is then subsequently decarboxylated into THC and CBD. A very small portion, however, is itself decarboxylated into CBG.

CBG itself has no psychoactive properties and is at present being studied for its medical and health benefits. The chemical could have curative properties for people suffering from depression, pain, anxiety, and nausea, a trait it shares with other cannabinoids

Most recently, a study conducted by the National Institute of Biology, Slovenia, the compound was found to be a potential therapeutic agent in the treatment of glioblastoma multiforme, arguably the deadliest of brain cancers because it’s always been the hardest to treat. The study found CBG to destroy therapy-resistant cancer cells in the brain, and to do so more potently than its better-known cousin, CBD. Dr. Yaakov Waksman, the Head of Cannabidiol Research, at Cannabics research, recently talked at length about the potential of Cannabinoids as an anti-tumor agent. He cited preliminary research into purified cannabinoids as he discussed the importance of studying the contrast between the effects of purified cannabinoids and those of botanical extracts.

CBG has also been found highly useful in the treatment of glaucoma, a disease that effects over 3 million Americans. Glaucoma affects the optic nerve, which is responsible for delivering visual signals from the eyes to the brain, and damages it via an increase in intraocular pressure. In testing, CBG was found to relieve intraocular pressure via activating the endocannabinoid receptors in the eyes. While this is yet to be tested out for human treatment, all signs point to the fact that CBG can aid sufferers of Glaucoma, and it could potentially do so even more effectively than more widely researched cannabinoids.

EHP-102, a derivative of CBG, was previously found to be the most potent cannabinoid in the treatment of Huntington’s and Parkinson’s disease. Both diseases are exceedingly rare, and impact a person’s brain and nervous system slowly, eventually leading to loss of physical function and impaired mental function. The compound was found to reduce inflammatory effects and neuronal loss in studies done on mice, slowing down the onset of symptoms and reducing their severity. In light of this, it was granted orphan drug status by the USFDA, a designation reserved for drugs being researched for their ability to cure rare diseases.

CBG was also found to help treat the symptoms and effects of Irritable Bowel Syndrome. Studies found that the drug’s anti-inflammatory properties helped relieve pain and other aspects of IBS. It was also speculated to positively impact a subject’s microbiome, but these effects are yet to be confirmed. Like other chemicals from its family, CBG is also an established appetite stimulant, though the value of this factor in its curative properties remains to be seen.

While CBG is non-psychoactive, and thus limited in its potential for use as a recreational substance, its properties as an appetite stimulant suggest that it could see use in the treatment of eating disorders like anorexia. It also has potential as an aid for people who suffer from sleep disorders. Whatever the case, the fact remains that CBG is only one of many cannabinoids that have experienced a surge in attention in recent years. CBN, and THCV are two others which are being investigated at present. CBN bears a chemical resemblance to CBG, though it is speculated to have sedative properties as well, a notable departure from CBG. THCV meanwhile is being studied for its ability to treat symptoms of diabetes and obesity by positively impacting fasting glucose and pancreatic function.

The medicinal properties of cannabinoids are veritably endless, and research into the subject has been ongoing for quite some time. It is certain at this point that the cannabis plant undoubtedly holds great value for a variety of medical purposes. Which cannabinoid will emerge to have the greatest impact, however, remains to be seen.