Written In Partnership with Digital NodMarch 29, 2022 “Run Away,” Star2’s staggering new “conscious rap” release, documents the crushing social and environmental catastrophes that plague our world and consume us with alarm and despair, including the horrific invasion in Ukraine. Woven in his sobering retrospective is his personal sorrow and anguish growing up without a mother and father in a refugee camp in South East Asia – fleeing genocide and ethnic cleansing of his Ka-ren people by the brutal Burmese Army and Myanmar Military Regime.

The up-and-coming Asian-American rapper from San Diego began his life in Mae La, a 55,000 person refugee camp in the Tak Province of Thailand, on the Myanmar border, after his family fled Burmese soldiers who burned down their village. The largest of nine refugee camps in the area, 90 percent of the inhabitants are persecuted Ka-ren indigenous people. Star2’s family walked 500 miles through the jungle to reach the camp after many had been killed.

The Myanmar Army has been accused of genocide against its minority populations. “The UN Human Rights Council said in 2021 that evidence showed a widespread and systematic attack on civilians…amounting to crimes against humanity.” In March 2022, the US formally accused the military-backed government in March of mass rape, burnings and drowning against the Rohingya that killed more than 9,000 in 2017 and caused more than one million to flee the country. Star2 wants the world to know about atrocities against his Ka-ren people. Genocide, rape, forced labor, and landmines are among the abuses. One million have fled to Thailand, 140,000 are in nine refugee camps on the Thai Border.  Two-hundred-twenty-thousand are refugees in the US, Australia, Canada, India, and Sweden.

Star2’s pregnant teen mother abandoned him in the refugee camp and fled to Bangkok. His grandmother took him in and included him with her other four young children when she won a chance to migrate to the US by lottery. Star2 found himself in inner-city San Diego with other refugees, gangs, poverty, crime and drugs. His uncle succumbed to gangs and drugs, jail, continued addiction.

Star2 found music. “I began rapping in middle-school, in a home studio that a close friend created in our apartment complex.  At first it was all fun, but it began to be an outlet for my emotions.  I needed music every day to cope. We made a few music videos that got a lot of attention on YouTube.  I also started performing locally at school and felt high – on top of the world!  I never looked back.”

“I want fans to feel my music …everyone relates to my break-up songs. My Ka-ren people also have a special bond with songs that touch on our struggle and suffering – in the jungle and Thai refugee camps and now in other countries as refugees because of the intentional genocide by Burmese soldiers and the Myanmar Junta.”

Star2 has received attention from WorldStar, AllHipHop, Earmilk, and Notion. His talent is undeniable. “You can’t fake talent like this,” writes Loren Sperry with music industry veteran Michael Stover, reviewing “Real Life” for Music Existence. Victoria Polsely at Earmilk remarks about his video “Run Away,” “As the world continues to be in a deep state of turmoil from the COVID pandemic, police brutality and now the war in Ukraine, the song couldn’t arrive at a better time …[s]eeing the immense amount of hunger radiating off the talent makes the viewer compelled to join in his fight for change.” 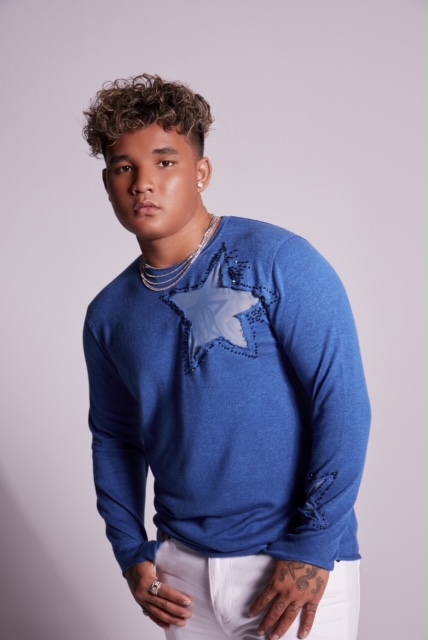 The acoustic guitar song begins with a haunting arpeggiating guitar intro that flows into Star2’s almost spoken narrative about the world’s ills and his own hollow suffering, “we should appreciate things we have in life, appreciate your mama and papa…I’m one of those kids who grew up with no parents you see…it’s ok, it’ ok, it’s what I say to myself everyday…but deep down I ain’t feeling ok, I been puttin on a fake smile every day! I been putting on a fake smile.”

Part religious testimony, part philosopher’s insight, Star2 directs us to consider what the rest of the world is facing and how they are suffering – also how people are in misery and anguish because of homelessness, poverty, violence, and war.

“…So mean, so unfair.  People suffer every day, with these hurricanes them viruses.  It’s all real shit, killing thousands of people every day. I pray to God to bless this place, to make this world a safer place…”

He delivers the chorus, retreating to an aching pain of wanting to “run away” and “f*** the world.”“Hella shit’s been going on! Killing, shooting, people dying…”

The video was filmed in an LED panel warehouse in Compton, California.  A wet floor reflects the panoramic and mesmerizing images as well as a series of vintage tv sets Star2 views in a 1970s style living room watching in a peace symbol sweatshirt. Included are the Black Lives’ Matter protests, the desperate exodus from the Afghanistan airport, border patrol agents whipping Haitian refugees, tornado carnage in Kentucky, apocalyptic fires in California, homeless encampments, Burmese soldier atrocities, and the Russian invasion in Ukraine.

The visuals are instantly recognizable and bring sadness and even temporary numbness.

Star2 reveals, “I wanted to write a song about the state of the world.  I was in the studio recording during most of COVID and in LA during the Black Lives’ Matter protests.  My family fled genocide, has experienced starvation and atrocities.  My neighborhood in San Diego is a crossroads for refugees and the problems of poverty, homelessness, mental illness and addiction.” “The chorus poured out of me – at my lowest point, I literally want to run away – to a place of safety. Most of the suffering in the world is heartbreaking and so unfair!”

The end of the video asks everyone to “Pray for peace in our world.” Star2 implores: “pray for my Ka-ren people who continue to experience genocide, for the Ukranian people, and for everyone suffering injustice – pray for peace.”

“Run Away” has over 4.8M views on WorldStar HipHop. Real Life, his second EP, is due April 29th with this track and five more – including features with noted rappers Luh Kel, Lil Poppa and $tupid Young from Long Beach, California. He has another feature and music video with superstar Soulja Boy that will drop after the EP.

For more information on Star2 and to keep up with his new music, follow his socials:

Check out Star2’s new single and video for “Run Away” on YouTube and Spotify: