Written in Partnership with Amir BakianMarch 29, 2022 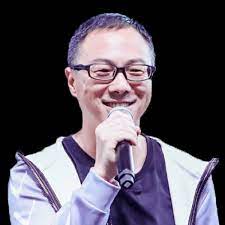 The blockchain is undoubtedly one of the best innovations in technology to revolutionize online business. With this technology, businesses around the world have found a more secure alternative to meet their financial needs. The reason behind its crazy popularity in such a short space of time is the freedom the technology has given users to create and authenticate digital information. Sunny Lu, a seasoned entrepreneur and technical expert, realized this in 2013 when blockchain was still a dark horse. Inspired by technology, he created VeChain, a blockchain platform that has been designed to fill the technological gaps of the original blockchain.

Sunny was the CIO of the VMH Group in China in 2013 when he came to learn about Bitcoin. Although the much-talked-about digital currency was going through a low phase at that time, Sunny was optimistic about its prospects. With his years of experience in driving technology and managing luxury products, Sunny figured out that blockchain technology lacked a product-minded approach that could attract more digital entrepreneurs and investors globally. This drawback became his strength, and he founded VeChain. It is a blockchain platform designed to enhance supply chain management and business processes.

It all started when Sunny met Vitalik Buterin, the founder of the Ethereum blockchain. This was when Sunny realized the scope of smart contract technology to build VeChain. Initially, it was a blockchain based on the concept of Ethereum and a platform for its first client from the luxury product brand where Sunny used to be the CIO. With no blueprint to follow, Sunny single-handedly guided the whole project to excellence. It was not always easy for him to make the right choices, especially when he had no example to follow in this industry, but Sunny persisted. The journey had many hurdles, but Sunny came up as a winner with VeChain.

The integration of IoT technology was the first step toward the success of VeChain. Sunny formed an IoT team at VeChain that later created the ToolChain platform. To make VeChain a more enterprise-friendly platform, Sunny tried personalizing the platform for every business. This did not seem feasible. Although the idea would have solved a long-standing problem related to blockchain technology, the execution would not be sensible.

This was when Sunny discussed the issue with other business owners to develop VeChainThor Blockchain. It became the first public blockchain with a smart contract utilizing PoA (proof of authority) as the underlying mechanism. VeChainThor Blockchain has specific features like a governance structure, an enterprise-based economic model, etc. The platform was launched in June 2018. Together with VeChain, this platform became a faster and cheaper solution for enterprises to create their own blockchain applications.

VeChain has earned the support of top-notch investors like Fenbushi Capital, DNV, PwC, and many others. Today, VeChain is working with businesses from different sectors around the world, including government organizations.

As the brains behind this landmark project, Sunny is still in the process of making it better for businesses in the coming years. He is looking forward to making VeChain the preferred blockchain for businesses when launching their personalized applications.