There’s something wickedly delicious about entertainment that purposely ignores norms of appropriateness and taste, but there are not many people who can pull it off well. Provocateurs, especially in entertainment, can come off as trying too hard or serving up empty shock value. The best bawdy and biting works don’t just eschew boundaries, they brew wit, fearlessness and effortless cool into something unique. John Waters has been doing just this for decades and it’s made him a pop trash treasure and a cultural legend. The man behind Pink Flamingos, Female Trouble, Hairspray, Cry-Baby, and Serial Mom represents everything that alternative subcultures hold dear to this day, and his new novel Liarmouth … A Feel Bad Romance is no exception. It’s the twisted tale of Marsha Sprinkle, a suitcase thief, habitual hustler and master of disguise. As the book description explains, “Dogs and children hate her. Her own family wants her dead. She’s smart, she’s desperate, she’s disturbed, and she’s on the run with a big chip on her shoulder. They call her Liarmouth― until one insane man makes her tell the truth.”

Though he’s Baltimore born and based, Waters loves L.A. He says it’s the city that helped break Pink Flamingos (which will be re-released on Criterion video this year), thanks to screenings at the Nuart in particular building big buzz back in the day, along with acclaim from LA Weekly. The 76-year-old is a hot commodity on the guest appearances circuit, and he just hosted the burlesque show at the L.A.-promoter led “Viva Las Vegas” rockabilly festival and  Lethal Amounts’ recent holiday humdinger “John Waters Easter” at the kitschy oasis known as The Madonna Inn. He’ll be in these parts again this week promoting Liarmouth, his very first novel. Held at the Aratani Theatre in Little Tokyo (co-sponsored by Skylight Books and the Los Angeles Library Foundation) on May 10, Waters will chat with RuPaul’s Drag Race (season 7) fave Ginger Minj about the book. Fans can expect his usual uncensored, sassy takes on society, but this time through a new lens of fictional farce.

It’s fetishistic and fantastical (there’s a psychic talking penis that puts Tommy Lee’s phallus to shame) but also smart, sarcastic and satiric. It makes for a sexy, sometimes cringey but mostly very funny read, and like most of his output, it’s boldly un-PC. But during a recent Zoom chat with self-proclaimed sultan of sleaze, he tells us he’s actually never been anti-political correctness, explaining that, “What I’m against is the self righteousness of that movement,” he says. “I make fun of myself and then I make fun of things that I love. And my career has always been about making fun of the rules in the outsider community that I live in. I’m Antifa that’s too old to run from the tear gas.” 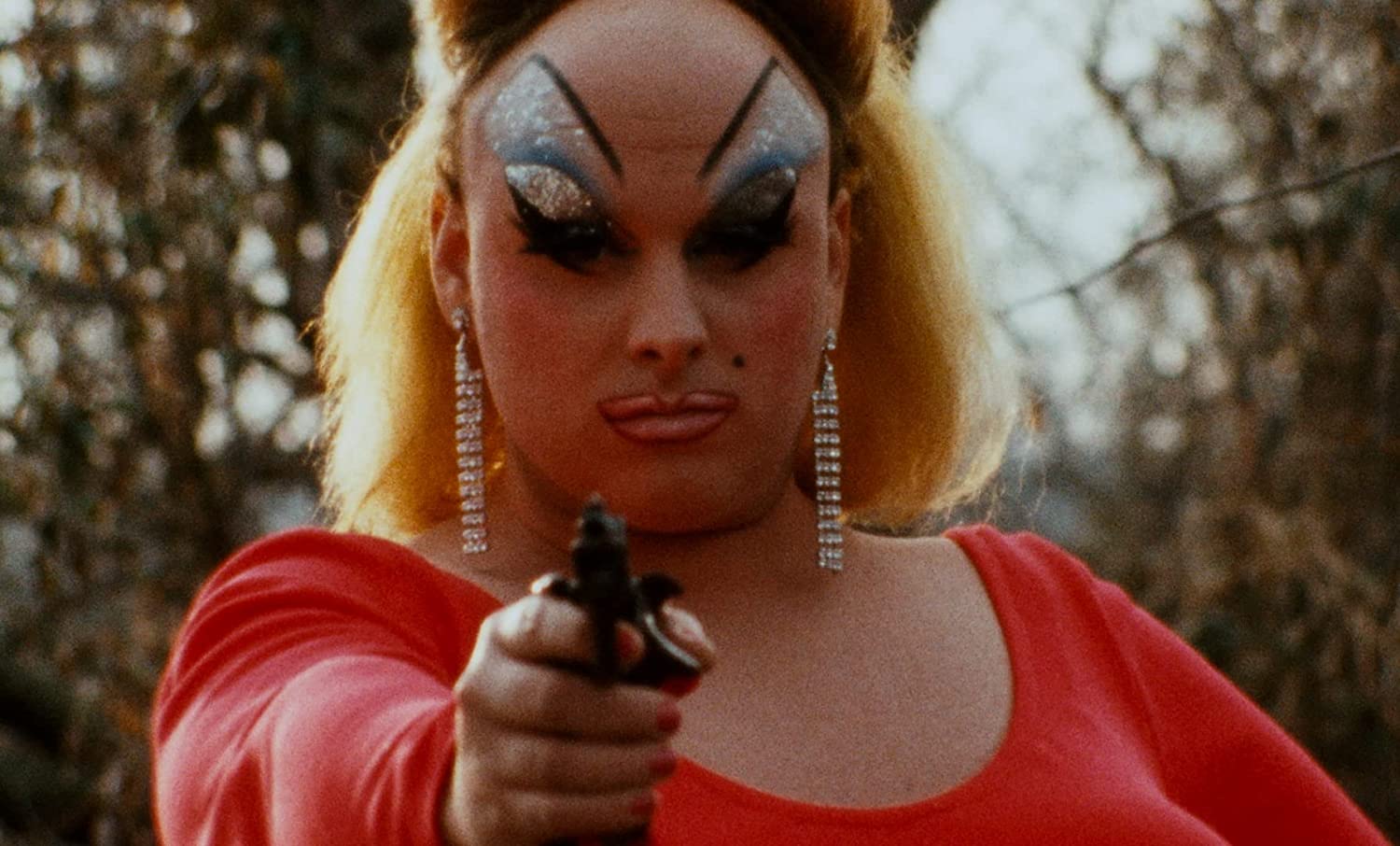 In his live stand-up shows, Waters clearly aligns with liberal values and, of course, equality for all, but also skewers cancel culture with a recurring bit about who he would “cancel.” He also points out that it goes both ways. “We’ve used political correctness as a weapon against those people to make them look silly and that’s how you win – not by preaching and being self righteous,” he insists. “If you attack your enemy and make them look ridiculous, you win. But you almost make them go to the other side, if you’re always preaching and standing on a soapbox, and you’re never wrong. I think you have to listen to both sides, and you have to make fun of both sides and then you’ll get people’s attention.”

Liarmouth certainly is an equal opportunity destroyer, but it mocks and maligns in a joyous way. We ask Waters why he opted to do a novel versus another nonfiction tome or even a new film.

“All movies are fiction anyway. I’ve been writing and thinking up stories my whole life,” Waters responds. “So I just thought that instead of writing a movie – which, this was a tiny bit of one idea for a movie – I would write the novel because I could make it and not have to worry about budgets or ratings with the movie boards and that kind of thing. So it is a crazy book; I think it’s probably one of the craziest things I’ve ever written. You don’t have to go through so much censorship, even though they do have ‘sensitivity editors’ now, which is a term that I can barely say out loud.”

Highly sensitive or easily offended people aren’t the target audience here, of course. Waters is the guy who helped make Divine a drag legend by eating dog poop in Pink Flamingos, and who created “Odorama” cards so his audiences could smell the magic and malodor in Polyester. In the spirit of his special kind of subversive art, Liarmouth has a narrative that could easily adapt to screen, and if you’re a fan of his work, you can almost see it in that format as you read it. Waters acknowledges that it definitely could be if somebody buys the rights to make a movie version. “But to me, it was written very much to be a novel because I try to parody everything about a novel narrative, with alliteration and characters, and it even has a happy ending. Well, sort of a weird happy ending… a surprise ending,” he says. “It’s a page-turner and a lot happens in this book in four days. If that many things happened to one person in that amount of time, they’d all have heart attacks in real life.”

Speaking of real life, the biggest difference between his latest and his past books is the man himself. Shock Value was about making the first movies I did, Crackpot was about my journalism, Carsick was about when I hitchhiked across America by myself,” he lays out. “I was always in it and with a novel you’re not in it. But really, in a novel you’re every character, a little bit.”

“Writers try to imagine other people’s lives,” he continues. “I like to imagine people’s lives that are not necessarily feel-good people. Marsha is pretty much a villain. She’s pretty evil to people, but I think she’s so ridiculously evil, hopefully I’m making you laugh at the same time that you are recoiling from her behavior. “

Waters and this writer agree that villains are more compelling than heroes in general. “I mean, who cares about Dorothy? The wicked witch was who I wanted to run off with,” he shares. “So at the same time, I think you’d have fun going with Marcia Sprinkle. But even her family and all the other people that are trying to stop her are equally as insane. Their lunatic mission is just as ridiculous. So we have a bunch of really extreme people in this book against each other, and the whole world is against all of them.”

From pet facelifts to trampoline junkies, Waters creates a universe of compulsive people and absurd situations. “When I develop a character, a lot of times, they’re obsessed by things that seem almost surreal or unbelievable. Why would someone care about that? So I want to spend time with people who maybe I don’t understand. But if you set up a crazy universe, you have to stick to it. The rules of your universe have to be followed, and the logic has to be followed, and the continuity has to be followed.”

To his enduringly passionate fanbase, Waters’ universe is a lot more interesting than the one we actually live in. His perspective and unfiltered wisdom, whether it’s conveyed via fictional yarns or first person anecdotes, on film or the printed page, is gospel. Before our chat about the book concludes, we decide to take advantage of having real face time with the icon.

We ask about his favorite authors and filmmakers, and he mentions Denton Welch and Ivy Compton Burnett – “writers that you can instantly tell by their style and by their choice of stories.”

He doesn’t really enjoy feel-good entertainment in general. “I like authors that make you feel bad after reading them or make you feel really disturbed by them,” he explains. “I like a book to shake me up and rattle what I think.”

He cites his favorite film last year as Annette, and professes love for Summer of Soul, mentions of which get us on the subject of the now-infamous Will Smith-Chris Rock slap. Like most, we were sick of hearing about it a few weeks ago, but John Waters’ opinion? That we want to know.

“I mean, I’m just glad Will didn’t punch Liza,” he quips. “Lady Gaga would have come to her rescue, and taken his Oscar and shoved it where the Academy doesn’t shine. What I think could happen next year is Will and Chris come out together, give the Best Picture award and then do a choreographed big number where they slap whoever accepts.” Yeah, this would definitely happen in John Waters’ universe.