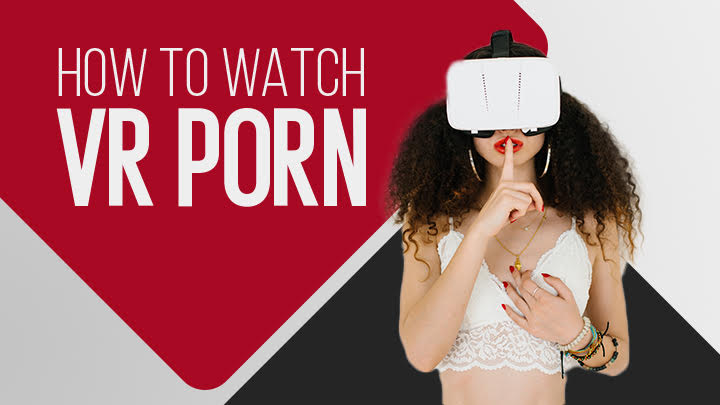 Written in Partnership with Pleasure SeekerApril 22, 2022

To watch it on your smartphone, you’ll need a device that blocks out the outside world. The three most popular such devices are Google Cardboard, Samsung Gear VR, and Google Daydream.

These are all very inexpensive VR headsets, mostly made out of cardboard. You set your smartphone inside of them and wear it over your head like a helmet.

Standalone VR headsets (like the Oculus Rift, Oculus GO, HTC Vive, or PSVR) work the same way — they’re just better and more expensive. These are much more comfortable and immersive, but they’re probably best for people who’ve gotten their feet wet with one of the cardboard options above.

If you decide to use your phone, you’ll also need to get an app that lets you view VR material. Different apps work better for different phones, but we’ll cover that in more detail in a minute.

If you go to a site like VRBangers, you’ll have to pay for a membership. They have three basic membership options: yearly, monthly, and lifetime.

Downloading definitely offers the better experience. The quality is better, there’s never any lag, and you can watch it even if you don’t have an internet connection.

However, downloading it can take forever (and a ton of bandwidth), it will occupy an enormous amount of space on your device, and you’ll have to wait for the downloads to complete before you can, ahem, enjoy it.

Most sites allow you to both download and stream, and some even offer discounts for streaming-only accounts. Of course, if you’re going to be viewing cam girls or other interactive content, you’ll have to stream it.

The best free option is probably an app called LittlStar. If you’re willing to spend a little money, then there’s an app called MobileVR Station that offers a few more features than LittlStar — for a price, of course.

Once you have a suitable app (and a suitable headset), all you have to do is open the app and navigate to whichever folder you’ve downloaded your movies to.

There are quite a few more apps to choose from in the Google Play Store, but regardless of which one you choose, you’ll need to download Google VR Services. This app is the backbone of any virtual reality experience you’ll have on your Android phone.

Google VR Services is all you’ll need if you’re going to stream your videos. You’ll only need an app if you’re downloading content.

Our favorite app is GizmoVR. It’s easy to use, has a ton of cool features, and it’s free (although there are in-app purchases available).

As with the iPhone, you’ll need to buy a headset, but a cheap one like Google Cardboard should work fine. The Oculus Rift is a pricey device, but it’s one of the easiest to use and offers a fantastic viewing experience.

You have to have a computer to use it, as it doesn’t have any of the hardware necessary for viewing content built-in to the device. The computer needs to be fast, too.

You’ll still need a suitable app. A few of the best are Whirligig, AutoplayVR, or SkyBox. However, one of the simplest ways to handle your porn-watching is to simply use the app provided by VRBangers. It’s easy to use, and you’ll have everything in one place. The GO is Oculus’s lower-priced VR headset, and it’s a completely standalone model — no computer necessary.

You can stream directly on the GO from any site that offers streaming services, but if you want to download videos you’ll have to install an app called SkyBox.

While the GO is cheaper and easier to use than the Rift, it’s not as good as its big brother. Also, one big issue is that you can’t do anything else in the device while a video is downloading, so you’ll have to wait for it to finish. The Gear VR is Samsung’s entry into the virtual reality world. It requires installing the Samsung VR media player app; if that’s not available due to where you live, you’ll have to use a VPN to install it.

You’ll have to create a folder named /MilkVR in the root directory of your phone or SD card to download videos. This lets you stream from a local server using other apps like Plex. Using the HTC Vive is just like using the Oculus Rift, right down to the apps you’ll need.

Whirligig, AutoplayVR, and Skybox are all good options, as is an app called SEXLIKEREAL. All you have to do is download your app of choice and connect the app to your downloaded scenes.

The PSVR is Playstation’s virtual reality entry, and it allows you to download scenes directly to your PS4. It’s important to note, though, that you can’t stream with it — you have to download to your console.

The PSVR comes with a default video player, the Playstation Media Player. However, it’s not as robust as some of the other apps, most notably LittlStar.

There are a variety of Windows Mixed Reality (WMR) headsets available, but they all work using basically the same idea.

You can stream directly from your favorite website using the Edge viewer extension, but the quality will suffer if you do. It’s better to download and watch the scenes from local storage.

To do that, you’ll need a Steam account or the SkyBox app. You may want to see if your preferred website offers a player as well.

The Google Daydream can be used with Chrome, making it one of the most user-friendly option on this list. If you have a sufficiently new version of the web browser, it will give you the option of opening pages in VR by pressing the VR mode icon — simple as that.

You don’t have to download or install anything, just stream directly from Chrome.

Beyond that, your best option is likely to use whichever app is provided by your adult site of choice.

That doesn’t mean that there aren’t quality options out there right now, though — far from it. Below, we’ve listed six of our favorites.

You’ll have to pay to use it, but the prices are very reasonable, especially for the lifetime membership.

All that content is easy to navigate as well. You can sort by all sorts of things, including positions, so if you’re in the mood for one particular thing you can find it in no time.

They also offer a pretty good app, which makes the whole experience a lot easier. One of the great things about Wankz VR is that they actually provide you with a free virtual reality headset if you sign up for one of their premium packages. It’s a cheap cardboard model, but hey — it’s free.

If you don’t want to use their free headset, don’t worry, as the site works with any device on the market.

Their prices are a little higher than VRBangers, although they do offer a daily option, so you can dip your toe in without making a big commitment.

There’s plenty of content and it’s updated daily, so you shouldn’t get bored. The site is incredibly easy to navigate as well, thanks to the sleek layout. If you like to stream your vids, BaDoink is one of the fastest sites around. There’s hardly any buffering, so you won’t get thrown off your groove very often.

All of the videos are high-quality, and they have a variety of specific categories. They even have dedicated models that host ask-me-anything sessions on a regular basis. POVR offers more free VR videos than just about anyone else out there, so it’s a great place to start if you’re wary about handing out your credit card information to smut peddlers.

They offer paid subscriptions too, of course, and their prices are some of the lowest on the internet. If you shell out for one of those subscriptions, you’ll get virtual reality movies from 11 different sites, each catering to a different taste or fetish.

It’s updated frequently, ensuring you never run out of stuff to watch. However, their streaming content isn’t the best, so you’ll want to download if you use their service.

That’s good, because their quality is lacking compared to some of the other sites shown here. Still, there’s not really a dud in their catalogue.

Their videos also have a strong “taboo” theme, so expect a lot of incest plots. However, you can pay for a monthly, yearly, or lifetime subscription, or you can just pay to download videos as you go.

With 180°, you can only see or interact with what’s going on in front of you. With 360°, you can also look behind you, which is good for group scenes.

Most people prefer 180° videos, though, as they tend to be higher-resolution (and there isn’t anything fun going on behind you in most videos).