WATCH THIS VIDEO on Herxheimer reaction and Lyme disease

When antibiotics are used, Jarisch–Herxheimer reaction (JHR) occurs as a result of certain harmful products released during the death of microorganisms. It is a series of events occurring at the same time in the body and can vary in presentation in different cases.

Herxheimer reaction is seen in a vast number of patients undergoing antibiotic treatment and can be a disturbing experience to go through.

What is Herxheimer reaction?

In the past, the JHR was first observed in association with cases of syphilis infection being treated using mercury.

Herxheimer reaction is a result of a response occurring during an antibiotic treatment. It is also observed with newer antimicrobials like cephalosporins, ciprofloxacin, clarithromycin, meropenem, levofloxacin, and azithromycin.

An association between JHR and Lyme disease is common. A case study reported a Herxheimer reaction in a 31-year-old woman diagnosed with Lyme disease who was being treated with amoxicillin. Within an hour of the initial antibiotic dose, she began showing symptoms of low blood pressure and needed fluid resuscitation.

Herxheimer reaction is a clinical condition seen in patients who suffer from spirochete infections. (“Spirochete” or “spirochetes” is a term used for spiral-shaped bacteria; these bacteria can cause serious diseases in humans. Some of the common spirochete infections in humans are syphilis, yaws, Lyme disease, and relapsing fever.)

So, when a patient suffering from any spirochete infection is put on antibiotic treatment, it kills the bacteria (spirochetes) but, during the process, releases certain harmful chemicals called endotoxins (like inflammatory cytokines).

The rapid destruction of the bacteria causes a large number of endotoxins to be released into the bloodstream. These endotoxins in the blood stream then trigger a series of symptoms due to the immune response of the body.

The immune system of the body triggers an inflammatory response all over the body. This results in:

In most cases, Herxheimer reactions are seen within the first 24 hours of treatment. The onset, duration, and progress of the whole episode can be dramatic and terrifying for the patient and even the caregivers.

Some studies also describe the reaction to begin within the first 2 hours of the treatment. Symptoms peak at approximately 8 hours, then begin to subside and disappear within 24-36 hours.

Most cases are nonlethal (nonlife threatening); however, very severe ones can turn out to be lethal owing to an extreme drop in blood pressure and a spiral of events eventually leading to multi-organ failure.

However, for understanding and symptom categorization, many authors have listed two major forms or types:

A severe reaction, as explained above, is rare and can be life-threatening. In these conditions, the patients hardly have any time to recover and end up with multiple complications, including worsening of the existing disease symptoms, a life-threatening drop in blood pressure, and multiorgan failure.

A mild reaction is also said to be a die-off reaction, as the symptoms peak and subside within 24-36 hours.

Ironically, even though a Herxheimer reaction is an indication that the treatment is actually working effectively, it is common for the patient to experience an increase in the severity of symptoms.

A case study described the Herxheimer reaction in a 13-year-old boy being treated for Lyme arthritis. The patient developed symptoms of JHR on day 7 of doxycycline treatment. The child overall showed deterioration in the condition, along with low-grade fever; severe joint pain; and muscle pain around the hip, ankle, and cervical spine.

What are the symptoms of JHR?

The symptoms typically begin with the onset of a headache, chill, fever, and general sense of well-being.

As discussed earlier, even though the onset and symptoms of the Herxheimer reaction can be debilitating for the patient, it is recommended that they continue treatment.

Nevertheless, it is always advisable to keep your doctor posted; this is helpful in cases where the symptoms become unbearable or turn out to be life-threatening.

In pregnant women, JHR is known to induce:

Patients must seek immediate evaluation as soon as the symptoms of fever and rashes set in. There must be a detailed discussion with the physician about any known drug allergies. Most patients are advised to receive treatment in an inpatient setting as it allows for closer monitoring of their symptoms and progress.

Series of events that occur during Herxheimer reaction

This initiates a combination of reactions in the body and causes the symptoms of the Herxheimer reaction.

The histopathological picture of this reaction remains largely unclear, as this is a transient reaction. However, in some cases, samples collected from the skin lesions show signs of acute inflammation (dilatation of small blood vessels, dermal edema, perivascular and interstitial polymorphonuclear round cells, and infiltration of leukocytes).

How is Herxheimer reaction diagnosed?

The diagnosis of JHR is primarily clinical, i.e., based on the symptoms, history, and physical examination of the patient.

Doctors do not advise or suggest any blood work in most cases. In severe cases, the blood work reveals:

Doctors keep the patient under observation until the patient is free of signs or symptoms of a Herxheimer reaction.

Mild cases are typically self-limiting and require no major intervention other than fluid resuscitation. In some cases, steroids may be prescribed when the symptoms are progressing or suggest impending complications.

The management of such cases requires regular and timely communication and coordination within multiple specialties that continuously assess the patient’s risk of developing complications.

The most common conditions associated with a Herxheimer reaction are:

Disease conditions that could mimic the Herxheimer reaction:

How to reduce the effect of Herxheimer reaction?

Even though a Herxheimer reaction could be a good sign, indicating that the treatment is working effectively, it is important to think from the patient’s point of view too.

Some measures taken by the patient can definitely reduce the intensity and frequency of symptoms.

This is by far the most effective way to reduce the symptoms associated with JHR. One must include a lot of plain water, herbal teas, and other fluids that primarily do not naturally contain sugar.

Adequate fluid intake will ensure that the patient will remain hydrated, will assist in flushing the toxins out of the body faster, and will also preserve the kidney functions, thus preventing major complications and organ failure.

This provides your body a great chance to fully contribute to the restorative processes, which are an essential part of healing and recovery. It is advisable to add an hour or two to your usual sleep routine.

An ideal sleep time of 9-10 hours is recommended for patients detoxing from Herxheimer reaction symptoms.

The good bacteria present in probiotics assist the function of your gut, thus indirectly flushing out the toxins responsible for Herxheimer reactions. Consuming a good-quality probiotic will ensure that the detox process occurs faster. In addition to this, probiotic intake also replenishes the “good bacteria” in the gut, which are affected during prolonged antibiotic treatment.

If you or someone you know is possibly suffering from a Herxheimer reaction, it is extremely important for them to stay in touch with their treating physician and report regularly.

This will, in other words, fasten the process of detoxification.

Besides that, one can also consume glutathione supplements (after consulting their physician), which by far are the strongest antioxidants and work extremely well in such cases.

Herbal treatments come in handy, as they hasten the process of detoxification. However, before beginning any treatment, it is always advisable to know the contents of the herbal therapy and only go ahead with it after you have received a green signal from your treating (primary) physician. 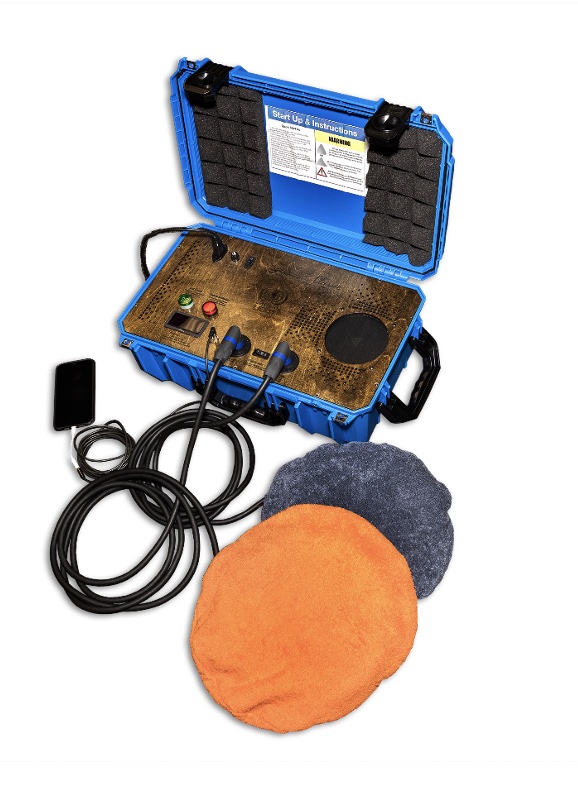 PEMF therapy (Pulsed electromagnetic field therapy) can be helpful in cases where patients are experiencing symptoms of JHR.

It is a non-invasive form of treatment that uses electromagnetic frequencies, which work at the cellular level of our body and help restore its functions.

In cases of Herxheimer reaction, PEMF significantly reduces pain, muscle aches, and joint pain while also hastening the recovery process. Moreover, none of these frequencies will cause any kind of harm to your body.

PEMF therapy is considered safe to be used by the majority of people.

There are multiple PEMF devices available on the market; however, for best results, it is recommended to use a device that works with a large frequency range.

The Sentient Element is the most trusted PEMF machine among multiple healthcare professionals and organizations across the United States.