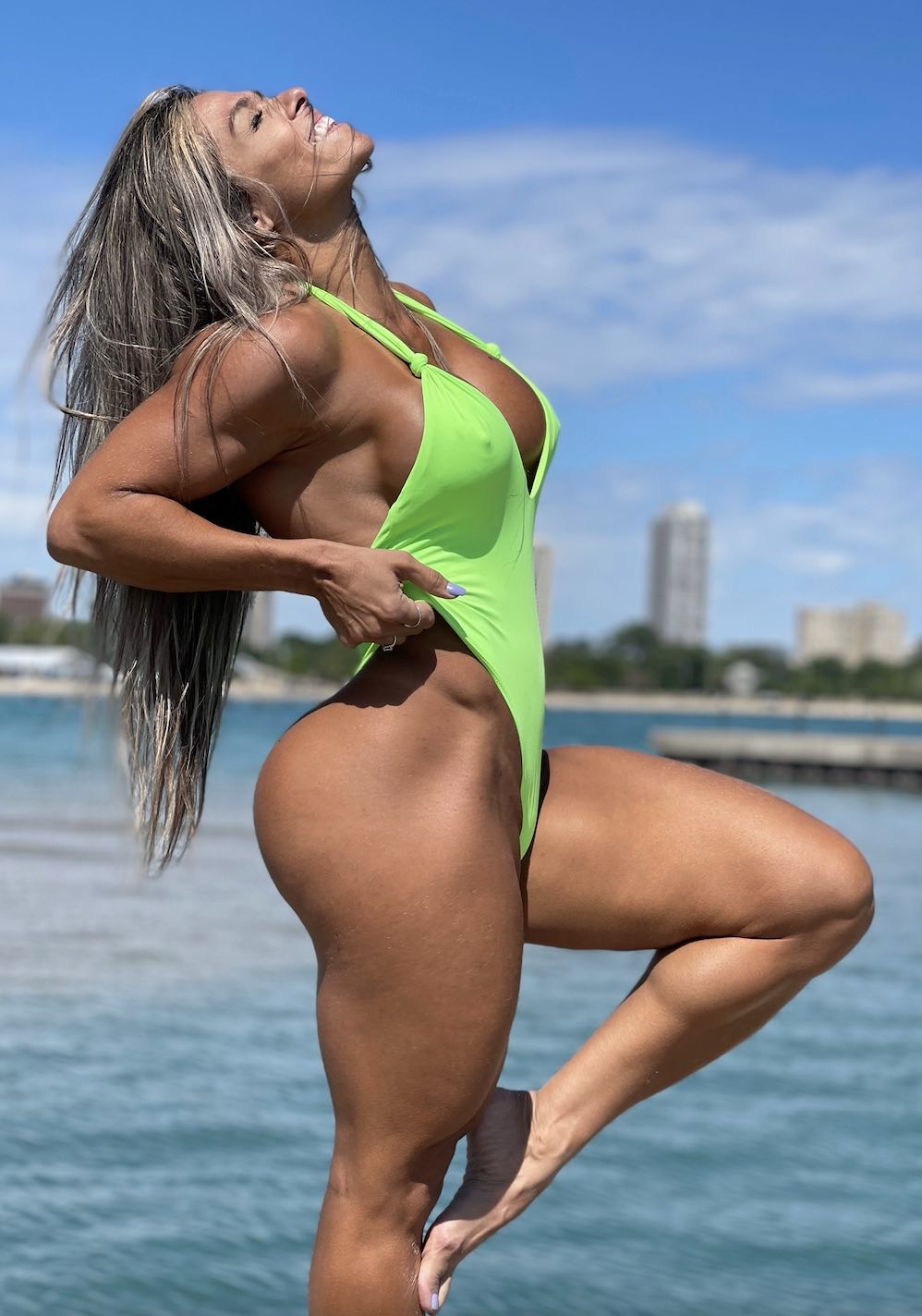 Fafa, also known as Fafafitness, was six when she first stepped into a gym. Her mother trained at the gym each day and Fafa would tag along, always asking, “When is it going to be my turn?”

To the untrained eye, it would’ve appeared that the young Brazilian girl was merely bored sitting around in the busy gym. But it was more than that. As the years passed, the passion in Fafa’s heart remained. The more she watched her mother exercise, the more inspired she became. Finally, when she turned 11, Fafa had saved up enough lunch money to sign up for the local gym. She couldn’t have been happier.

Jumping ahead a bit, since then, Fafa has moved from Brazil to Chicago. She became the part-owner of a Brazilian Jiu Jitsu gym, which she sold her share of in 2020 when COVID-19 hit. All the while, Fafa continued her personal training and sculpted a near-perfect, curvy, “Brazilian” body.

Thicker on the lower body and curvy all around, Fafa’s physique was one of the first things her boyfriend Nick noticed when they first met in the gym. Nick would regularly compliment the then-34-year-old’s workout and build, amazed at how she developed her entire body with the same intensity.

Fafa shared with Nick the workout programs she developed based on the “Brazilian” way. Lower body workouts don’t just mean legs. They mean quads, hamstrings, glutes, and more. Fafa’s also a fan of balance. She enjoys her cheat meals, ice cream, and rest days. This was something that intrigued Nick. He almost couldn’t believe someone with such a perfect body still had cheat days and didn’t live in the gym. But Fafa swore it was the truth and Nick encouraged her to share her methods with others, which led Nick to ask, “Why don’t you start an Instagram?”

It might have taken this Chicago-based fitness model a few months before taking her boyfriend’s suggestion, but once she did, the Brazilian fitness model never looked back. She gained 13,000 followers in the first five days, and her DMs immediately blew up with workout reveal requests and people asking for general fitness advice. Two years later, Fafa has established herself as a fitness personality across a range of platforms, totaling over three million followers. She also has over 600M views on TikTok, 500M views on Instagram, and a whopping 1M views on her youtube channel, Fafafitness11.

Social media has become her full-time career. For her, it doesn’t even feel like work. Fafa says she enjoys helping hundreds of people by offering both free fitness tips and paid programs for those who have more specific goals in mind.

Fafa made sure to create programs for all levels based on what has worked for her in her personal fitness journey. She has at-home and beginner programs, more extensive Brazilian programs, and even an intermediate “Summer Shredz” program.

Out of all the programs Fafa offers, though, it’s her most recent one that’s creating all the buzz among her following on Instagram. “The Daily Gainz,” a subscription program, includes Fafa’s exact daily workouts, the exact supplement protocols she uses, and additional beauty and skin care products that she uses to enhance the glow of her skin.

“The reason I am extremely passionate about sharing my programs is that I know they work. This is over 20 years of experience put into multiple programs. These are the exact exercises and routines I used over time to build the physique I have today,” shared Fafa. “It’s an honor to inspire other people the same way my mother did all those years ago.”