Written in Partnership with TedfuelAugust 1, 2022 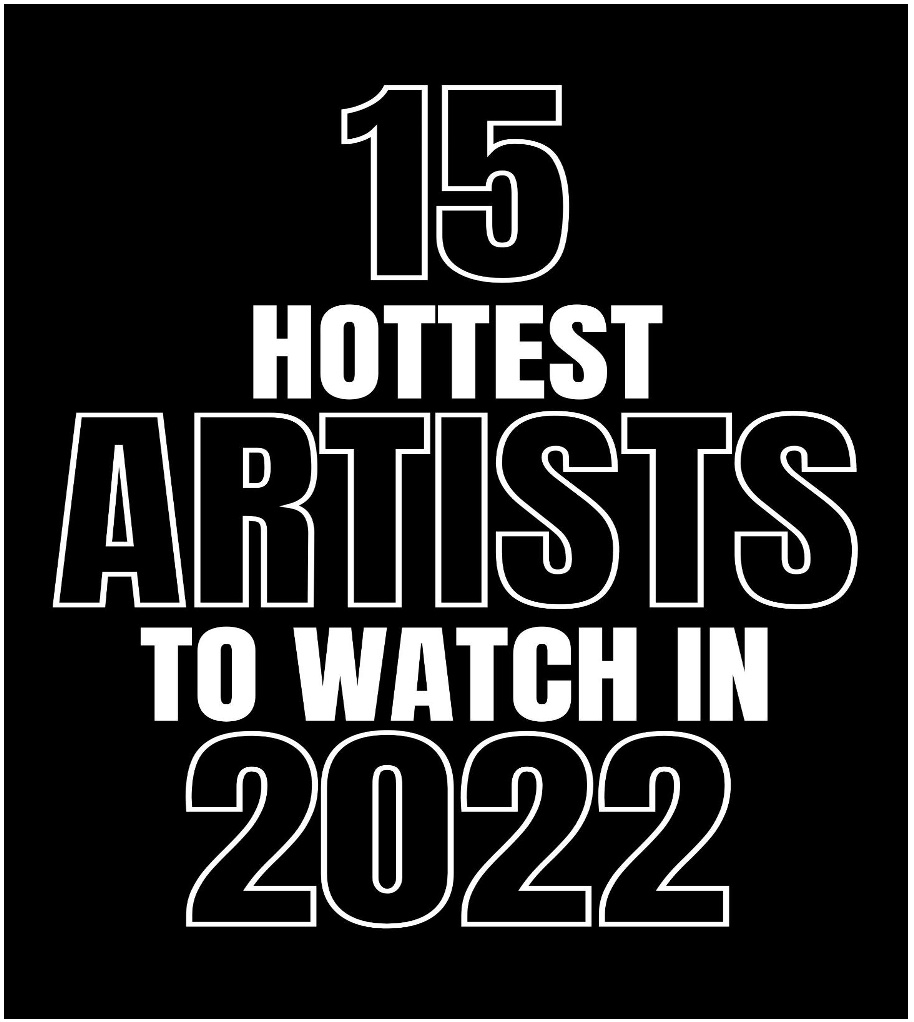 In 2022 there are many amazing artists creating and sharing their music with the world. In an era where more people are releasing songs than ever before it can be hard to discover new talent that sticks out amongst the crowd. That is why with the help of Everyday Straight and partners we have curated a list of 15 artists who deserve to be recognized by the world for their immense talent. Below are 15 Up and Coming artists to keep your eye on this summer.

This Portland based MC has emerged as the next Hip-Hop superstar from the Pacific Northwest. Opening up for multiple dates on Amine’s major world tour, 3way Heff has transcended the Portland music scene and is becoming a national star. Being one of only a few artists from Portland to ever play the Moda Center, there are many things that set 3Way Heff apart from his peers. With the release of his new 15 track album “3 Real 4 the Industry” he has inspired many artists to chase their dreams. Make sure to give him a follow on social media, and listen to his new album, you won’t be disappointed. | IG: @3wayheff

Armanti Weeks is an extremely talented R&B/ Soul singer born and raised in Los Angeles, California. He released 2 tracks on July 27th, and has been receiving a ton of positive feedback from his fans and supporters. Wanderer./Tell Me. Is a deep look into the mind of Armanti Weeks. For being his first and second releases on DSP’s, these tracks are extremely well produced.  He has one of the most beautiful voices I have heard in a long time, and I suggest you give both of these tracks a listen on whichever streaming platform you listen on! | IG: @armantiweeks

BillyCEO was born and raised in South Florida. Her music emulates her journey through life and how she has faced hardship and grown from it. She has loved music since she was a little girl and she has used many influential artists to craft her own style in the industry. She has performed alongside some of the industry’s best, such as, Fat Joe, Fetty Wap, Young Thug, Little Wayne and many more. She has been classified as a diamond waiting to shine and she is ready to do that and leave her imprint on this industry. | IG:@billyceoduh

23-year-old artist CASSO originally from Toledo, OH made the move out to LA last May, and since has begun building a buzz  surrounding his musical talents. With real lyrical  ability and an honest and raspy vocal tone, I see great things for this young artist in the near future. CASSO makes the type of music that is ahead of its time, and will be coming into the mainstream soon. His new music video for his hit song “When Will I See You Again” is just the start for the Ohio native. Keep up with CASSO on social media, and stream his music on all streaming platforms. | IG: @officialCASSO

Cam Avery is a L.A. based singer/ dancer who has been creating music since the early age of 12, after learning the guitar at the age of 10 and being a lifelong singer he recorded his first track when he turned 13. His single “Bulletproof” is one of the best songs I have heard in a long time. His classic sound is very engaging, and has a nostalgic feel. This track makes me reminisce on my childhood and reminds me of some of my favorite songs growing up. Having not released music in some time, expect to see a big comeback from Cam Avery here soon. Give him a follow on social media so you can be notified when he makes his return to the spotlight. | IG: @camavery

Originally from El Paso, Texas DOWNLOWD (pronounced Download) is a concept artist who now resides in Los Angeles California. His futuristic music is impossible not to move your feet to, and he has a ton of experience in the music world. On August 28th he will be performing a live set at Oasis Fest in Long Beach, California and this is not something you are going to want to miss. DOWNLOWD is hands down one of the best live performers on this list, and is sure to have the crowd in pure excitement. Make sure you give DOWNLOWD a follow on social media, and stream his song “8 Track Insomniac” on all streaming platforms! | IG:

Dibbz is a Florida artist who was born and raised in Georgia. He has spent the later part of his life in Orlando, Florida using his music to inspire others in hopes to bring unity and equality to his town. He uses his life experiences to write his music. Humility, hardship and strength is emulated in all of his songs. He is going to continue to uplift and support people with his music as he leaves a permanent mark on his town. | IG: @dibbzzzzzz

Dalehjun, which means “the last energy”. When you think of the hip hop industry you see the same image, hear the same sound but his style is different. Throughout his music career he’s never lost a sense of creativity seen through my comic-style album named Super-Rapper and my cough-beat style Da Sicktape. I am a marquee star and am here to leave my legacy on the industry through change. | IG: @dalehjun

I think I found one of the next big artists out of Miami, Florida. His new song “Fast Lane” is an experimental pop track that is so catchy you won’t be able to turn it off. Growing up in Miami, Florida you can hear the coastal influence in Ezra Vaias’s music. He has been making music for 8 years now, and is only 21 years old, originally making EDM songs he quickly realized that he wanted to use his voice to display a deeper version of himself on records. With a deep passion for the creative process, and a very commercial sounding voice I could see Ezra Vaia doing great things in the years to come. | IG: @ezravaia

San Francisco native J Cymone has been making a name for herself in LA over the last couple of months. With the release of her buzzing single “Blindsided” she has been garnering real attention for her music career. This upbeat pop anthem is a great song for the summer months, and is a really feel good track. J Cymone has built a solid foundational fan base for her music, but definitely deserves more attention. Lyrically this track is exceptional, she shines through as a true songwriter on this record. Follow J Cymone on Instagram, and keep up with this up and coming star.  | IG: @jcymonemusic

Originally from Dallas, Texas Jireh has been on the move his entire life. His new single “Genesis” is exactly the energy needed for the summer months. A futuristic pop feel that shows the skill set and development of this up and coming star. With shimmering vocals and melodic feels this track is by far the best work from Jireh yet. After the passing of his mother in 2017 he began pouring his time and energy into his creative pursuit, and hasn’t let up since. Give him a follow on social media, and keep up with all things Jireh. | IG: @jirehunedited

LA based singer/ dancer Karina Naime is making waves throughout the U.S with her new music video for her single “Type of Way”. This catchy pop track is Produced by Dabid Music and is an instant classic for Karina Naime’s catalog. With Lebanese and Venezuelan roots this young pop star is growing fast, I wouldn’t be surprised to see her on the charts soon. Karina Naime has what it takes to be a huge star: the talent, the look, and the energy. Make sure you give her a follow on Instagram to keep up with all things Karina Naime. | IG: @karina_naime

Philadelphia based singer/songwriter Taylor Reese has earned her spot on this list because of her raw and emotional music, which I believe deserves a lot more attention. Her single “Appetite” which came out earlier this year is a Pop/ Grunge record with truly emotional feels. With a buzzing following on social media, as well as a growing YouTube Channel Taylor Reese is a great prospect for record labels. Her music has honest commercial appeal, and I believe it will be given the respect it deserves in coming months. Make sure to stream her music on Spotify, and follow her on social media.  | IG: @itstaylorreese

This prolific lyricist from North Las Vegas has amassed over 130,000 streams on his project “His Soul Of The Streets” and is making waves in the Las Vegas music scene. Transcending his local area with his new music TwoCeez is an artist on the rise. This iconic artist has shared the stage with the likes of Meek Mill, Yo Gotti, Migos, YG and many other mainstream rappers. His new single “Scale ft. Icewear Vezzo” is a street classic already, and has only been out for 1 month. Make sure you go stream TwoCeez on whatever platform you listen to music on, and give him some love on social media. | IG: @forever100ceez

Tripthree is a young black man from the south side of Virginia. His life has been full of hardships and dark times and he has used his music as a way to cope. He uses his music to bring hope and peace to everyone who listens to it. Thousands have listened to his music to get through hard times and he hopes to reach millions more. Through his passion for music he has pulled himself through hardships and will continue to elevate himself and others.| IG: @tripthreee