From a celebration of Robot Chicken‘s 10th season to a can’t-miss event for lovers of chocolate, here are the 14 best things to do in Los Angeles this week.

Film-making siblings Ethan and Joel Coen have demonstrated a certain elan in their collaborations on such films as Miller’s Crossing and True Grit. While their movies aren’t always as emotionally compelling as they are stylish, Ethan Coen’s latest project, A Play Is a Poem — which is actually five otherwise unrelated short plays sharing Americana themes and settings — is intriguing. Directed by Neil Pepe and presented by Atlantic Theater Company, the plays roam across such locations as “the hillbilly hollows of Appalachia, a New York tenement apartment, a magnolia-scented gazebo in Natchez, Mississippi, [and] the executive suites of Hollywood.” Most intriguingly, the brilliant pop-jazz singer-pianist Nellie McKay imbues the proceedings with live performances of her witty original songs. Mark Taper Forum, 135 N. Grand Ave., downtown; Fri., Sept. 27, 8 p.m.; through Sun., Oct. 13, 6:30 p.m.; $25-$90. (213) 628-2772, centertheatregroup.org. —Falling James A Star is Born

Hollywood has gone through more facelifts than an aging actress, but Musso & Frank Grill, with its famous red booths and waiters in red jackets, has been around for a century, predating even the Hollywood Sign. The classic meat-and-potatoes menu has hardly changed since Frank Toulet and Joseph Musso opened the Hollywood institution (later bought by Joseph Carissimi and John Mosso, whose descendants currently run the place) in 1919. Its celebrity and literary clientele go back to Charlie Chaplin and F. Scott Fitzgerald, and it’s been seen in countless TV shows and movies, most recently Once Upon a Time in Hollywood. Help celebrate its 100th birthday at a public ceremony hosted the Hollywood Chamber of Commerce, which honors the eatery with a Hollywood Award of Excellence, shaped like a star, located in front of the restaurant and adjacent to the Hollywood Walk of Fame. James Woods, Danny Trejo, Joseph Montegna, Marc Summers and Michael Callahan, as well as Hollywood Chamber of Commerce president Rana Ghadban, city councilman Mitch O’Farrell and family of the owners will be in attendance. Musso & Frank Grill, 6667 Hollywood Blvd., Hollywood; Fri., Sept. 27, 11 a.m.; free. (323) 467-7788, mussoandfrank.com. —Siran Babayan Robot Chicken proves that it’s no spring chicken — or paltry poultry, for that matter — at the 10th Season Spectacular Night of 1000 Bawks, a celebration of all the hard work that goes into creating the stop-motion animated Adult Swim series that’s entertained legions of late-night fans, 12 minutes at a time.  You’ll see some of the greatest hits of the show that is almost 100 percent hits, with stories and admissions of guilt from creators Seth Green and Matthew Senreich, along with appearances by the celebrities and voice actors who have breathed life into action figures for the past 10 years. The Theatre at The Ace Hotel, 929 S. Broadway, downtown; Fri., Sept. 27, 7 p.m.; $10. (213) 235-9614, acehotel.com/losangeles/events-and-spaces/calendar/2019-09-27/adult-swim-presents-robot-chicken-10th-season-spectacular-night-1000-bawks. —David Cotner

Mixografia is a unique jewel in the crown of the Los Angeles fine-art print studio scene, with artists from near and far obsessed by both their illustrious history and proprietary dimensional printing techniques. For the past couple of years, they’ve operated a big gorgeous exhibition gallery on site, where they stage both historical exhibitions and solo shows built around the release of new series and portfolios. Analia Saban: Dry Clean Only continues the artist’s interest in the secret heroism of overlooked objects like plastic bags and bath towels deracinated from their mass-production contexts and scrutinized for the semiotic societal information they impart. Her new series of eight works enlarges a collection of humble clothing tags, the better to appreciate their purposeful making, their reductive messaging, and the insights they offer into the global supply chain. Mixografia, 1419 E. Adams Blvd., Central-Alameda; opening reception: Sat., Sept. 28, 4-6 p.m.; exhibition: Tue.-Fri., 10 a.m.-5 p.m. & Sat. 11 a.m.-6 p.m., through Nov. 9; free. mixografia.com/events/exhibition-opening-analia-saban-dry-clean-only. —Shana Nys Dambrot

The Spirit(s) of Mexico

No doubt you’re familiar with Mexico’s rich cuisine, but what about its liquor? At the Museum of Latin American Art’s Spirit of Mexico, you’ll study various spirits, from the familiar tequila and mezcal to lesser-known flavors like raicilla, sotol and pulque, most of which are made from agave and other plants. You’ll also learn about each drink’s history, regional origin and distillation process. The unlimited tastings, curated by “tequila culture ambassador” Leona Enterprises, will be paired with authentic Mexican food, in addition to music by DJ collective Metralleta de Oro and Afro-Latin group El Santo Golpe. Museum of Latin American Art, 628 Alamitos Ave., Long Beach; Sat., Sept. 28, 7-10 p.m.; $60. (562) 437-1689, molaa.org. —Siran Babayan If you love chocolate and never have just one bite, you can eat as much as you want at the 13th annual Los Angeles Chocolate Salon, a “chocolate nirvana” that celebrates the most popular sweet in the world. But no Hershey’s here, only some two dozen gourmet vendors selling and offering samples of their products, from basic milk, dark and white chocolate flavors to more exotic concoctions. You can pair the chocolate and other confections with wine. And if you want to learn from the pros, chefs, authors and other experts in the field will sign books and lead demos and panels on topics including “The latest in the World of Craft Chocolate” and “How We Became Master Chocolatiers.” Pasadena Convention Center, 300 E. Green St., Pasadena; Sun., Sept. 29, 10 a.m.-3:30 p.m.; $20, $10 children. (626) 795-9311, lachocolatesalon.com. —Siran Babayan Bringing It All Together

The Getty’s latest exhibit, “Bauhaus Beginnings”, features prints, drawings, photographs, books, letters and ephemera that celebrate the founding of the influential German school of art and design 100 years ago in 1919. In conjunction with the display, A Colorful Afternoon: Cornelia Funke’s Adventures Through the Bauhaus will include a reception, kid’s craft project, tour and storytelling by Funke, who’s original Getty story follows William Dampier, a pirate and ghost who protects the museum from being haunted. Funke is a German-born children’s fantasy and adventure novelist best known for her Inkheart trilogy, which was adapted into a 2008 film starring Brendan Fraser and Helen Mirren. The Getty, 1200 Getty Center Drive, Bel-Air; Sun., Sept. 29, 2 p.m.; free, RSVP required. (310) 440-7300, getty.edu. —Siran Babayan

Writer and philosopher Susan Sontag — a top interpreter of the human condition in popular culture during the 20th century — had a life that until recently remained famously and almost hermetically sealed. But now author Benjamin Moser tells all when he talks about his biography Sontag: Her Life and Work ($40, Ecco). Undertaking to cleave the Gordian knot that was Sontag’s life, through hundreds of interviews and images — not to mention getting Sontag’s famously private longtime companion Annie Leibovitz to talk about her — what he gives you is what Sontag strove for all her life: a greater understanding of someone’s humanity. Skylight Books, 1814 N. Vermont Ave., Los Feliz; Mon., Sept. 30, 7:30 p.m.; free. (323) 660-1175, skylightbooks.com/event/benjamin-moser-discusses-his-new-book-sontag-her-life-and-work. —David Cotner “Take your broken heart — and turn it into art.” That’s what Carrie Fisher once said about sadness and redemption, and she knew a thing or two about such things — hence the importance of Forbidden Love: A Musical Theater Cabaret. The performers in tonight’s cabaret will take all the ecstatic agonies of thwarted love, love affairs, and the Love That Dare Not Speak Its Name, examine them, feel them deeply and then transmogrify those vaguely soiled passions with the power of art, delivering unto you a level of compassion the likes of which you’ve never seen before but really needed to. Rockwell Table & Stage, 1714 N. Vermont Ave., Los Feliz; Mon., Sept. 30, 8 p.m.; $25. (323) 669-1550, rockwell-la.com. —David Cotner

Michael Nesmith sings and spin stories at an intimate appearance at the Grammy Museum. As a songwriter, he might perform anything from “Different Drum” (Linda Ronstadt’s first hit) and “Joanne” (and other originals with his First National Band that paved the way for country-rockers like The Eagles) to “Papa Gene’s Blues” and other beloved garage-country-pop-psychedelic tunes he penned for The Monkees, the made-for-TV band who ultimately had a richly rewarding and prolific career that belatedly earned the group critical respect. As a storyteller, Nes might talk about how his prescient videos led to the creation of MTV, his role as executive producer on Repo Man, and his evolution from a ’60s pop star into a songwriting éminence grise, along with other tales from Infinite Tuesday, his 2017 memoir. Grammy Museum, 800 W. Olympic Blvd., downtown; Tues., Oct. 1, 7:30 p.m.; $35. (213) 765-6800, grammymuseum.org. —Falling James

While libraries may not seem like the most frighteningly exciting of all possible topics, Susan Orlean’s The Library Book ($28, Simon & Schuster) tells the riveting story of the 1986 L.A. Central Library fire, a catastrophe that stands as the worst library fire in American history, on par with the burning of the Library at Alexandria or the 1933 blaze that annihilated the Berlin Institute of Sex Research. Tonight, author Roxane Gay converses with Susan Orlean about the vital role of libraries as wellsprings of communal memory, touchstones of public gathering, and the places where they keep the fuck books. Hammer Museum, 10899 Wilshire Blvd., Westwood; Wed., Oct. 2, 7:30 p.m.; free. (310) 443-7000, hammer.ucla.edu/programs-events/2019/10/susan-orlean-roxane-gay-for-the-love-of-libraries . —David Cotner 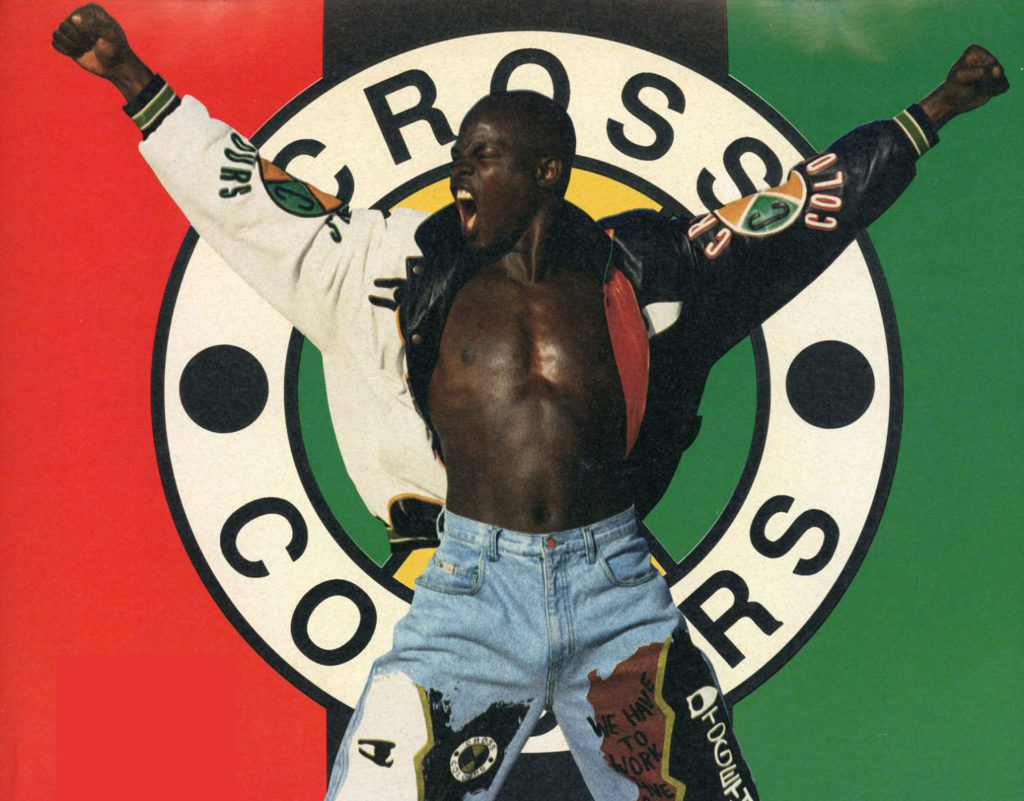 Podcasting is the hottest thing since sunburn, and at the two-day WNYC Studios Presents Werk It! A Women’s Podcast Festival, you’ll figure out how to create a thematically stimulating and constitutionally rewarding outlet for personal expression that countless millions will take to their collective heart. Mentoring, networking, pitching and podcast hosts like Bri M. (Power Not Pity), Jane Marie (The Dream) and Tonya Mosley (Truth Be Told) — they’re all here, and the end result of all your blood, spit and tears may become a development deal with WNYC Studios. You have nothing to lose but your voice. Also Friday. The Theatre at The Ace Hotel, 929 S. Broadway, downtown; Thu., Oct. 3, 10 a.m.; $250-550. (213) 235-9614, acehotel.com/losangeles/events-and-spaces/calendar/2019-10-03/wnyc-studios-presents-werk-it-womens-podcast-festival. —David Cotner