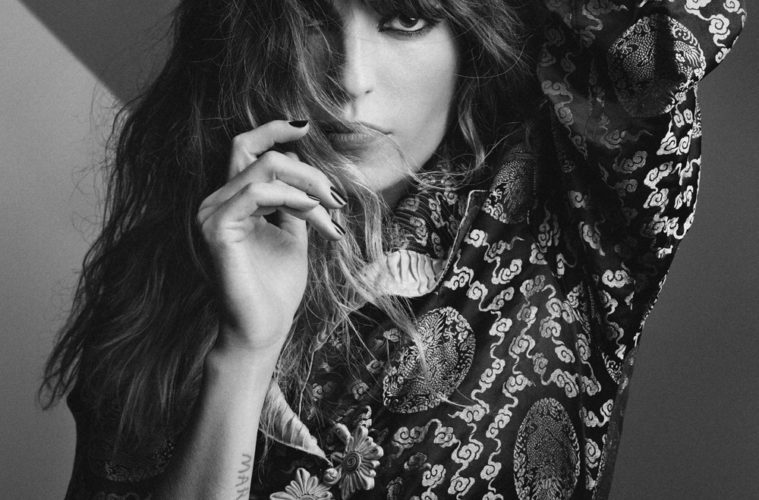 From “Suckdog” and horror-punk icons the Misfits to Detroit hip-hop pioneers Slum Village and Brit pomp-rockers The Struts, here are 12 of the best music shows in Los Angeles this week.

If any one personage in underground culture qualifies for the honorific “fearless,” it is the artist Lisa Crystal Carver. A tireless reporter since the ’80s on the work of outlier artists laboring at the fringes of culture (as well as the artist working deep inside her own psyche), Carver — mostly known as Suckdog — appears tonight in an increasingly scarce public performance. You’ll get a daring dose of her intimately inimitable music, as well as musical sketches that include but are not limited to: blasts of noise, improv and burlesque, though not necessarily in that order. Home taping, outsider art, lo-fi, no-fi and performance art — Lisa Carver has done it all, survived it all and ultimately, gives her all right back at you. What you do with it is your business. Also tonight: Dynasty Handbag, Hardcore Tina, Jeff Schneider, Trap Girl. –David Cotner

Like her half-sister Charlotte Gainsbourg, Lou Doillon might be better known for her celebrity heritage — her mother is actor-singer Jane Birkin, and her father is director Jacques Doillon — and her career as an actor and model. But Lou Doillon has also established a sideline as a credible pop singer, starting with her 2012 debut album, Places. Her latest full-length record, Soliloquy, is a laid-back assortment of gentle pop songs broken up with occasionally more rocking tracks such as the new wave–flavored “Burn.” “I know that you know the joke’s on me,” Doillon muses amid the electronic pulses of “The Joke.” Elsewhere, she surrounds herself with such low-key ballads as “It’s You,” in which she exchanges breathy vocals and whispered promises with guest star Cat Power. –Falling James When the Misfits played the Forum a couple of years ago, the classic lineup performing in L.A. for the first time since they split decades ago, it was a great show but Danzig admitted that his voice was suffering and he wasn’t at his best. Now then, they have the chance to show SoCal what Misfits 2019 is really capable of — at the vast Banc of America Stadium, no less. And what a bill they’ve put together: agro-punks Rise Against, a reformed The Distillers, snotty Brits the Anti-Nowhere League and New York hardcore vets the Cro-Mags. That’s quality, from start to finish. But still, it’s all gonna be about those glowing pumpkins, and tunes like “Skulls” and “Die Die My Darling.” It’s still hard to believe they’re back. –Brett Callwood

This is important and couldn’t be more appropriate right now. Alex’s Bar is hosting a benefit with the $10 you pay at the door going to Planned Parenthood. With state after state doing everything they can to strip away a woman’s right to control her own body, it’s more important than ever that the people help fund an organization which, make no mistake, saves lives.How better to headline said benefit than local cyberpunks Girl Pusher, a band with such powerful anthems in their arsenal as “Where the Fuck Is My Ambulance,” “Runaway” and “Did U Think of Me Last Night.” Also on the bill is post-punks Wild Wings, singer/songwriter Justus Proffit and arty noise quartet Whaja Dew. –Brett Callwood Writer-singer John S. Hall is the mastermind behind King Missile, the often-brilliant New York City band who married his cleverly absurd lyrics with supremely catchy indie-rock melodies on such tunes as “Jesus Was Way Cool,” “My Heart Is a Flower,” “Martin Scorsese” and the hit song “Detachable Penis.” Although Hall no longer tours with the classic lineups of the group from the 1980s and ’90s, he formed a new version, King Missile IV, with Azalia Snail and Dan West from the local pop duo LoveyDove. In 2015, the trio’s EP, This Fuckin’ Guy, showcased Hall’s sardonic observations as the grouchy title character who complains about riding his bike in traffic when he’s not reluctantly marveling over the beauty of nature (“It’s just a fucking sun dropping below the fucking horizon”). They perform at a mid-afternoon show with Frieda’s Roses and Where’s Agatha. –-Falling James Slum Village, the iconic hip-hop duo from Detroit, is best known for their 2004 standout single “Selfish,” featuring a verse and production from Kanye West himself. The group came in to fruition in ’96 with three members: rappers Baatin and T3, alongside rapper and producer J Dilla — but now is being fronted by T3 and producer Young RJ. This is the type of music hip-hop heads live for. With meaningful lyrics full of vivid storytelling over smoothed-out beats, audiences can’t help but vibe and tune in. “Tainted” is another timeless record back to the 2000s, off their Trinity (Past, Present and Future) album. –-Shirley Ju

Hard to believe it’s been 10 years since Derby rockers The Struts first emerged, though it wasn’t until 2014 that they unleashed the frankly phenomenal debut album Everybody Wants, with it’s Slade–esque glitter and Queen–like pomp, all with a super-contemporary sheen. The follow-up, last year’s Young & Dangerous, followed the same trend of cherry-picking exactly what they like about pop and rock through history, caring little about fashion trends. Bay City Rollers? Check. Mott the Hoople? Get in there. The world needs bands like The Struts — pure, honest rockers who want nothing more than a good time for everyone, and a lead singer who looks like he rolled through a thrift store wearing a velcro suit. Glorious. –Brett Callwood

The Spits are one of the few modern punk bands who do more than merely revive the ancient past. On their variously numbered self-titled albums and the In the Red Records release V, the Seattle combo slam through a series of nonstop, sludgy, grimy punk blasts with a sullen fervor. Straight-ahead guitar-punk songs are infused with new-wave keyboards as singer-guitarist Sean Wood rants about haunted houses, skateboarding, partying, chemtrails and the police. Headliners Sheer Mag hail from Philadelphia and indulge in a more stubbornly retro classic-rock sound on their intermittently engaging 2017 debut album, Need to Feel Your Love. “Blood From a Stone,” from their upcoming release A Distant Call, is a typically energetic rocker that’s unfortunately marred by lyrical clichés. –Falling James

THE THEATRE AT THE ACE HOTEL

Another benefit, and another important cause. This show at the Ace Hotel will see a number of music giants raising money to help people experiencing homelessness. Former Byrds/Crosby Stills Nash & Young man David Crosby headlines, and he’s joined by Beach Boys founding member Al Jardine. Also on the bill, Youngbloods singer Jesse Colin Young, blues-rock guitar veteran Albert Lee and, perhaps best of all, Spinal Tap bassist Derek Smalls. And then there’s The Tribe, the musicians collective who put the whole thing on and host. Fair play, that’s an extraordinary lineup. But more importantly, 100 percent of the ticket sales, which start at $25, go to the Get Together Foundation, Hope of the Valley Rescue Mission, and the Midnight Mission. –-Brett Callwood

Alan Bishop must like living in hot, arid deserts. He formed the oddball experimental-jazz-noise-improvisational combo Sun City Girls with his brother Richard Bishop in Phoenix, Arizona, in 1979. Throughout his long musical odyssey, which includes a collaboration with The Velvet Underground’s Maureen Tucker in Paris 1942, Bishop has always been interested in unusual sounds and world-music influences. A few years ago, he found himself in Cairo, where he started The Invisible Hands, an unusual project with Cherif El Masri. The band’s 2013 self-titled album (which features both English and Arabic versions) encompasses cracked indie pop, acoustic-guitar noodling and psychedelic cabaret blues. The Invisible Hands make their local debut on a bill with Bishop’s singer-songwriter alter ego, Alvarius B. –Falling James Sofia Wolfson is a local singer-guitarist who demonstrated her precocious talent when she released her 2015 debut album, Hunker Down, when she was just 16 years old. The L.A. native expands her musical range on her new EP, Adulting, a set of songs she wrote during her first year at college. The EP alternates between soulful slices of R&B and pop, mixed with relatively harder-rocking interludes such as “Probably Paradise” and “Self-Fulfilled Prophecy.” All of it is distinguished by Wolfson’s thoughtful, introspective lyrics and melodic vocal delivery. “Johnny Cash” is an acoustic ballad in which she declares her admiration for a friend who is also a fan of the Man in Black, while “Hotel Room” is a languid reverie frosted with coolly breezy harmonies. –Falling James

It’s the Fourth of July and you want to see some spectacular fireworks while listening to some amazing music. If you haven’t already been to the Hollywood Bowl’s Fireworks Spectacular on Tuesday, July 2 or Wednesday, July 3, then you’ll want to be there for the main event, on the day itself. Of late, Rodgers has turned his Chic live show into something really special — a career retrospective that takes in his writing and production work with the likes of Sister Sledge, David Bowie and Madonna, among others. But it’s Chic classics like “Dance, Dance, Dance,” “Le Freak,” and “I Want Your Love” that will get the Bowl on standing. This is a party, so what better than the ultimate party band? –Brett Callwood