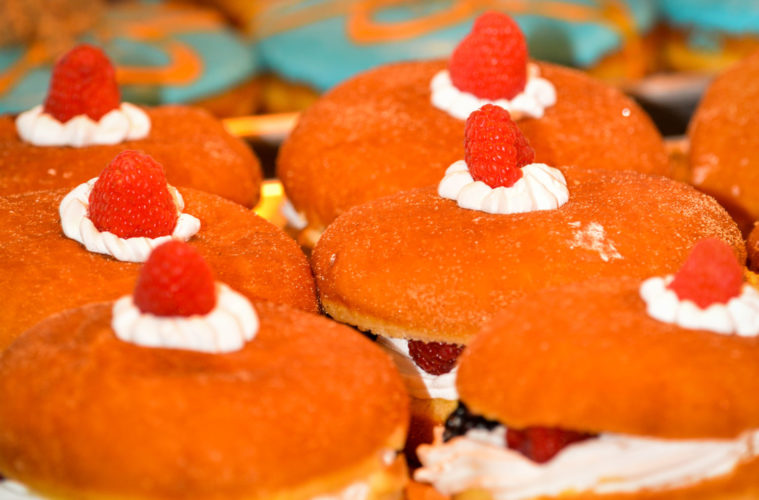 From a chance to quench your thirst for wine while helping Australia to photo l.a., here are the 11 best things to do in Los Angeles this week.

In partnership with Penfolds Wine, Bondi Harvest at Platform in Culver City will host an evening of great food and some of Australia’s best wine in support of those affected by the Australian bushfires. Bondi Harvest started in 2014 as a YouTube channel by chef, surfer, free-diver, Guy Turland and filmmaker Mark Alston. Tickets include canapés as well as Penfolds’ wines. Guests can also purchase extra tickets to go in the draw to win one of three prizes from Penfolds valued at $2,500. Bondi Harvest, 8820 Washington Blvd., Shop 101, Culver City; Fri., Jan. 24, 7-11 p.m.; $80 per ticket. bondiharvest.us/store/event/penfolds-bushfire-appeal/. —Michele Stueven

The War Remains the Same

It has been estimated that since its founding in 1776 the United States has been in a state of war for 227 years out of the past 244 years. None of those elusive years of peace has occurred in the past three decades, either. No matter which of the two major parties is in office, the war(s) remain the same. In fact, during much of the past 20 years, this nation has been simultaneously invading and destabilizing at least half a dozen countries at a time. War remains the United States’ greatest cultural and economic export, and although the antiwar movement generally slept through the previous four presidential administrations, people are finally starting to speak out against Trump’s reckless provocations in Iraq and against Iran. At the Global Day of Protest, Answer Coalition and Code Pink: Women for Peace assemble numerous local organizations in a show of defiance against yet another war. L.A. City Hall, 200 N. Spring St., downtown; Sat., Jan. 25, 1-3 p.m.; free. answercoalition.org/jan_25_event_listings. —Falling James In just the last few years, contemporary choreographer Kyle Abraham has picked up a MacArthur “genius” award, received stunning reviews for his ballet for 2018 premiere by New York City Ballet (his first ballet and NYCB’s first work by an African-American choreographer in a decade), been a visiting professor at UCLA, and created works for American Ballet Theater’s Misty Copeland and Alvin Ailey American Dance Theater, among other commissions. Such recent awards and adventures have brought to a wider public to Abraham’s distinctive, often sly, blending of hip-hop and contemporary dance that began and continues with his own company A.I.M. (Abraham.In.Motion). The company plays are a not-to-be missed visit this week. The three Abraham works include Drive (2017) drawing on house music, The Quiet Dance (2011) set to Bill Evans’ jazz rendition of Some Other Time, and a solo Show Pony (2018) which provides a homecoming for the L.A.-born soloist Marcella Lewis. The company also pays homage to modern dance legend Trisha Brown with her Solo Olos (1976). Carpenter Center for the Performing Arts, Cal State University Long Beach, 6200 E. Atherton St., Long Beach; Sat., Jan. 25, 8 p.m., $55. carpenterarts.org. —Ann Haskins

Our bodies are just temporary husks we exchange between incarnations, and at DisGender Euphoria: Nayland Blake’s First International Intergenerational Gender Discard Party, the artist asks people to shuck their physical identities and revel instead in who they really are. Among other things, Nao Bustamante (as Conchita, a pregnant, “fat-shaming Zumba instructor”) presents a gender reveal party. Attendees are also invited to “Bring Your Own Baggage” and swap gendered items to exchange. In addition to the Makeover Station and an open mic of spoken-word “Discard Stories,” such luminaries as Xina Xurner (musical experimentalists Marvin Astorga and Young Joon Kwak), Marcus Kuiland-Nazario, Jennifer Doyle, transgressive performance artist Ron Athey and others engage in a riotous eruption of art, music and dance. Zebulon, 2478 Fletcher Drive, Elysian Valley; Sun., Jan. 26, 8 p.m.; free; ages 21 & over. (323) 663-6927, zebulon.la. —Falling James

For 17 years, the Venice Film Festival has presented new, vintage, rare, and in progress works of documentary and poetical cinema — but the undertaking’s central inspiration enjoyed an even longer history in the community. Once the site of the original Beatnik hotspot Venice West Cafe, which hosted icons of Californian and global counterculture from 1958-66, 7 Dudley Ave. went on to a gloriously eccentric second act as the home of Sponto Gallery, a hub of community arts, gatherings, shenanigans and total freedom of the most progressive and hilarious kind for another 24 years. VFF is dedicated to this legacy of love as much as it is to ongoing support of telling Venice stories. Beyond Baroque, 681 Venice Blvd., Venice; Sun., Jan. 26, 7-10 p.m.; free. facebook.com/pg/BBLitArts/events.—Shana Nys Dambrot

One of the greatest human achievements was the invention of the donut. At Donut Fest L.A., presented by EatertainMint Events, the sacred, circular sugary confection is presented and worshiped in all its many forms. Fans can tear into a donut-eating contest and vote for the best donut (spoiler alert: Every donut is the best). However, be forewarned that donuts are extremely dangerous: “The attendee assumes all risks by consuming samples, and … sponsors and partners are not responsible for any illness.” There will also be beer. Indie Brewing Company, 2350 Sunrise St., Boyle Heights; Sun., Jan. 26, 1-5 p.m.; $25-$50. (323) 354-4285, facebook.com/events/2524244814309665.  —Falling James

Plays Until You Drop

Now in its 19th (!) year, Zombie Joe’s 50 Hour Drive-By Theater Festival features five short plays written, directed and “courageously-erected” in just two short days, then presented to the public. The set of plays premieres on Saturday night, with two performances following on Sunday and Monday. We recommend checking ’em out Monday for a couple reasons, the first being obvious — you get to avoid the weekend warrior crowds! The second is perhaps even more of a no-brainer: The quickie productions will have been presented two times prior and given the nature of their creation, they can evolve and improve each time they are presented. One thing is for sure, though — a Zombie Joe’s Underground production ain’t your basic bitch theater whatever night you go. Expect these plays to be weird, intense, funny and fearless. Zombie Joe’s Underground Theater, 4850 Lankershim Blvd., North Hollywood; Sat.-Mon., Jan. 24-26, 8:30 p.m.; $16. zombiejoes.tix.com/Event.aspx?EventCode=1169198. —Lina Lecaro

Year of the Rat

In celebration of Lunar New Year — which just so happens to be the year of the mouse (OK rat, whatever) — Disneyland’s Lunar New Year festivities have taken over its California Adventure Park for 24 days straight. Offering live entertainment, festive food, mouse merch and Asian decor throughout the park, it also features Disney characters in Lunar New Year attire. Mulan gets her moment in the spotlight (before her live-action flick comes out no less) and we hear Mickey and Minnie will be rocking some ornate silks for photo ops, both helming fun activities for the families and culture freaks alike. Disneyland, 1313 Disneyland Drive, Anaheim; admission prices vary. disneyland.disney.go.com/events-tours/lunar-new-year/.  —Lina Lecaro Kimberly Drew (Courtesy of the artist) Photos Or It Didn’t Happen